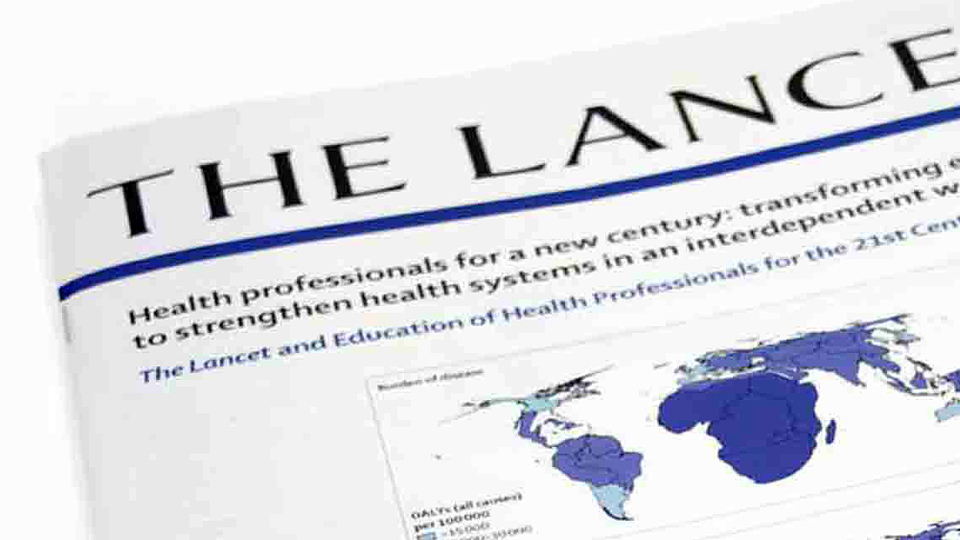 The Lancet is one of the world’s oldest and most prestigious medical journals. It is also highly influential in the world of health policy formulation.

It can quite literally be a career making event for a researcher or a scientist to have their work published in the journal.

Indeed, in the niche world of medical academia, The Lancet is the bee’s knees.

So, when The Lancet forms a view or takes a position on any given issue, people take note.

Earlier this week The Lancet editorial team published their view on the latest findings to emerge from the Global Burden of Disease Study (GBD) 2019.

This study, published by the WHO, in partnership with a consortium of more than 3,600 researchers in more than 145 countries provides the most comprehensive global health estimates for mortality and morbidity from major diseases.

The GBD is therefore one of the greatest collections of health data available.

It also heavily informs what policy makers will see as the greatest health challenges of the 21st century.

This week and based on the evidence of the Global Burden of Disease Study 2019, The Lancet editors made it clear that if the world is to have any hope of protecting itself from future pandemics, a few important changes will have to be made.

Here is what the editors say:

“The message of GBD is that unless deeply embedded structural inequities in society are tackled and unless a more liberal approach to immigration policies is adopted, communities will not be protected from future infectious outbreaks and population health will not achieve the gains that global health advocates seek. It’s time for the global health community to change direction.”

But this obviously throws up a few important and obvious questions, because if “a more liberal approach to immigration” is part of the solution in addressing future pandemics then clearly anything resembling a ‘conservative’ or restrictive view on immigration has to be seen as a major problem.

Now, let us take a look at how the editors arrived at this position.

For The Lancet team, the existing WHO global health strategy, based on the three pillars of universal health coverage, health emergencies, and better health and wellbeing, were all fine and good up to now.

But things have changed. Now, apparently, we must radically revise how we look at these three pillars and ask:

“has the gaze of global health been too narrow? Have health leaders and advocates been missing the most important determinants of human health?

And what are those “important determinants” that have been missing up to now?

Well, for the editors at the Lancet, these include the strong links that exist between health and other factors like average income, educational standards, and perhaps most importantly, total fertility rates.

The reason that fertility rates are important, and the reason why The Lancet is highlighting this factor is because of the dramatic global drop in birth rates:

35 countries, largely in sub-Saharan Africa and the Middle East already have falling birth and death rates.

“Countries such as Brazil, China, and the USA are in the late-transition stage, with death rates plateauing, while birth rates continue to decrease. The final post-transition stage is when the birth rate is lower than the death rate and natural population growth is negative—as seen in Japan, Italy, and Russia.”

What this makes absolutely clear, at least to the editors at The Lancet, is that policies are now urgently needed “to lessen the social and economic effects of an increasingly inverted population pyramid,” and “encouraging immigration could be one way to help.”

If a society does not have the capacity to find ‘productive’ working age people from among its own supply, so to speak, then this will have knock on effects for the economy.

This is in turn has an impact on the level of financial resources available to fight off future pandemics and the spread of infectious diseases.

Other possible solutions would be to encourage pro-family and pro-birth rate policies.

These could certainly reduce the potential for a complete future reliance on ‘a more liberal approach to immigration.’

Needless to say, there was not even a hint of these suggestions in The Lancet editorial.