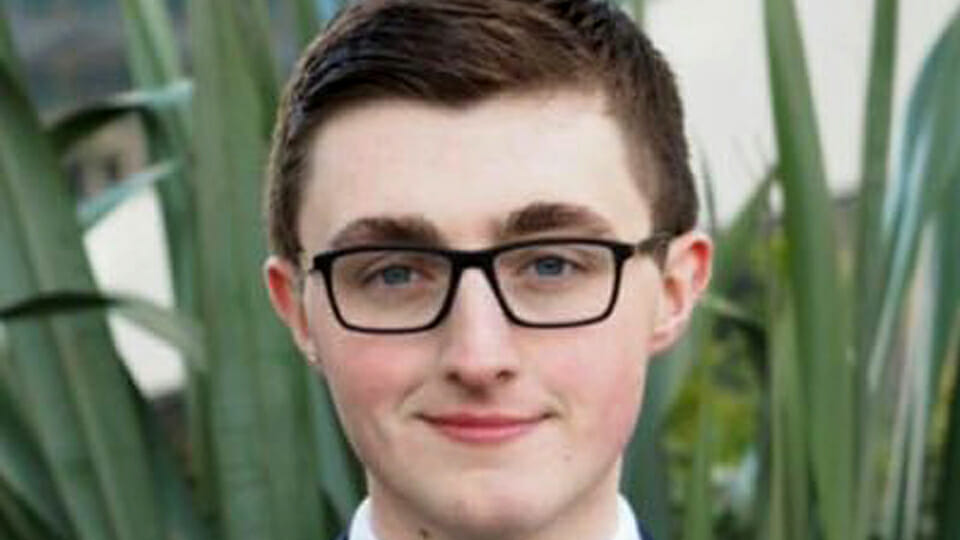 The young man in the photo above looks harmless enough, doesn’t he? And yet, this week, more Fine Gael politicians have said that he should resign his position than ever said the same for their colleague, Maria Bailey, after she was caught apparently trying to perpetrate an insurance scam. He is Killian Foley-Walsh, the President of Young Fine Gael, and this week, the Irish Examiner said that there was a “commonality” between him, and the terrorist who shot and killed 18 people in El Paso, Texas. Maria Walsh, MEP, herself not a wet week in her party, called on him to resign. Noel Rock, a Fine Gael TD, led the condemnation of him in the Irish Independent. You might imagine he did something terribly wrong.

His crime was to attend, in Washington DC, the conference of the Young Americas Foundation, a conservative-leaning organisation for young people. He met Vice President Pence. He listened to a speech by Senator Ted Cruz. He met, presumably, some young supporters of President Trump, and, worst of all, he said he enjoyed it. This then sparked what can only be described as hysteria.

The Irish Independent was the first to weigh in. “Anger”, it thundered in a headline, “as Fine Gael youth leader attends right-wing US conference”. Who, exactly, is angry, we are never told:

Their attendance at the YAF conference has prompted criticism from a Fine Gael TD and caused disquiet within YFG, the party’s youth wing whose past members include Taoiseach Leo Varadkar.

YAF’s mission is to groom future conservative leaders, according to the ‘New York Times’, which cited far-right White House adviser Stephen Miller among its alumni. Many members are opposed to abortion and same-sex marriage.”

The “right-wing views” cited, opposition to abortion and gay marriage, are of course views that Leo Varadkar and Simon Harris both held as recently as 2011. The only person quoted as criticising Mr. Foley Walsh is Fine Gael TD Noel Rock, a former staffer for Hillary Clinton.

The article does not note, of course, that the Taoiseach himself attended many conferences of this nature in his youth. It does not note that the Taoiseach himself worked for a US Congressman who opposes abortion, and gay marriage, and supports the right to bear arms, and supports drilling for oil in the Arctic wildlife reserve in Alaska. Instead we are told that opposing abortion and gay marriage are “far right” opinions that have no place in Fine Gael – which will surely come as a surprise to the many Fine Gael TDs who used to proudly hold those very positions.

So here, once again, we have a young man being smeared by the media for holding perfectly mainstream views and attending an event so mainstream that it attracted the US Vice President – a man the Taoiseach himself has invited to visit Ireland on holiday.

The next day, we were treated to the views of Fine Gael MEP Maria Walsh, a woman who has been in Brussels for only two months – presumably not long enough to learn that she sits in the European People’s Party alongside the Hungarian MEPs of Fidesz – the most right wing, anti-immigration party in power on the continent. She, too, thought Foley-Walsh should resign. At the time of writing, the Irish Examiner, and the Journal.ie, have weighed in with articles of condemnation.

“the Irish media loves nothing more than destroying people’s lives and careers for sport.”

If there is one thing we have learned in the last few years, it is that the Irish media loves nothing more than destroying people’s lives and careers for sport. You don’t believe me? Consider Kevin Myers, drummed out of polite society for alleged anti-semitism in a column for the Sunday Times. This is the same Kevin Myers, by the way, who has always been one of Israel’s strongest defenders in Ireland, which is not an easy country to be a defender of Israel in.

And it is the same media, incidentally, that just last week totally ignored a Fianna Fáil TD going on a Pakistani news channel to say that the American Government is controlled by a Jewish lobby, something my colleague James Bradshaw writes about today. One rule for Kevin Myers, a critic of the establishment, and a totally different rule for a member of the establishment in good standing. One gets the impression it was not about standing against anti-semitism, for our media, so much as it was about finally having the chance to get Kevin Myers.

Then we had George Hook, who was disgraced (so far as the media were concerned), and driven from his job, for saying that women should be careful and wary of increasing their vulnerability to potential rapists. The media was uniform in its view that George should be driven from public life, never to return, for a single clumsy comment made at the end of a thirty-year career. Apologies were not enough, and no benefit of the doubt could be given.

Shorty after that, a Fine Gael national executive member, who I won’t name because in all probability you have forgotten his name, was declared a sexist and an abuser on national television because he had once tweeted that a female politician was a bitch. Should he have done it? No. Should his name and picture have been on the front page of every newspaper? Should he have lost his job? Well, if you have never called someone a bitch, maybe you might think it was fair. I do not. The same politician who took such umbrage at his comments later taunted pro-life voters after last year’s abortion referendum with the charming phrase “we won, you lost – get over it”. She, of course, was treated as a feminist icon.

And so, now, it is the turn of a young man you probably have never heard of, for the crime of going to listen to the US Vice President speaking. It is a despicable smear – and it fits an increasingly disgraceful pattern of Irish journalists trying to use their platform to destroy people they – or their friends or relatives – do not like.

You should not trust them. They have proven themselves unworthy of their position time and time again.

Pay up: Ireland will pay vastly more into new EU budget than it gets back