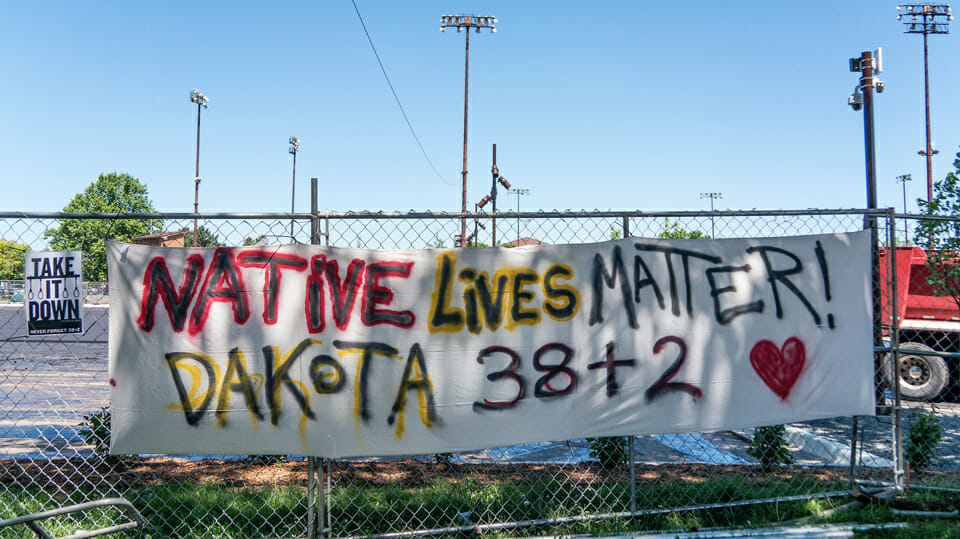 Which racial group is most likely to be killed by police in the United States? It’s not African-Americans, it’s Native Americans.

Native Americans are less than one percent of the nation’s population but make up about two percent of police killings.

Some of them have been dramatic. The Great Falls Tribune, a newspaper in Billings, Montana, this week recalled the death of 24-year-old Preston Bell, a man linked to the Assiniboine tribe, in 2017. Police shot 74 rounds at him when he drove his truck at them.

A 2014 report from the Center on Juvenile and Criminal Justice found that the racial group most likely to be killed by law enforcement is Native Americans, followed by African Americans, Latinos, Whites, and Asian Americans.

But with all the focus on police brutality towards African-Americans, Native Americans are almost invisible. In a nation of almost 330 million, they number only about 3 million, with another 2.5 million claiming Native American ancestry.

Their social statistics are a disgrace in a nation as wealthy as the United States. Native American adolescents have the highest suicide rates of any ethnic group. The infant mortality rate is 60 percent higher than whites; the AIDS rate is 50 percent higher, and accidental death rates (including car crashes) is more than 100 percent higher. Almost one in three lives in poverty.

And their history, like that of African-Americans, is brimful of injustice, including chattel slavery. In 17th Century New England, an estimated 1,300 Indian men, women and children were bound into slavery. An estimated 90 percent of the Native American population died through disease and violence, with frequent massacres as white settlers inexorably moved across the continent. The last one took place in 1890, at Wounded Knee, in South Dakota. About 25 white soldiers were killed but about 300 Lakota Sioux died, including 200 women and children. Twenty soldiers received Medals of Honor for their involvement (one of them an African-American).

If Black Lives Matter – and they certainly do – why aren’t we hearing these stories as well? Don’t Natives Lives Matter?

“At this moment, when black Americans are speaking up against systemic police violence, and their message is finally being carried by virtually every major news source, it’s time we also pay attention to a less visible but similarly targeted minority: the people who lived here for many thousands of years before this country was founded, and who also have an unalienable right to respect and justice.”

Amen to that. These are the words of Lydia Millet, an op-ed writer for the New York Times, writing in 2015 — under the headline “Native Lives Matter, Too”.

So it’s not as though the New York Times, the foremost media outlet in the United States, is ignorant of the plight of Native Americans.

But where in recent weeks did it repeat that incredible statistic – that the racial group most likely to be killed by law enforcement is Native Americans? Nowhere. It’s a ghastly injustice to the country’s indigenous inhabitants and a shameful oversight by the Times.

The catastrophic failure of the elite American media has nowhere been more visible than in the Times’s coverage of the Black Lives Matter protests.

Not in its reporting – but in its prudence and its priorities. What one used to expect from the New York Times and other elite publications was not Olympian objectivity, but perspective. Its reporters tried to present the news “without fear or favour” and its editors and columnists sifted it to assess its implications for readers. The most basic tool for this is intelligent comparison. In the case of police brutality, the media should be asking about the situation in other countries, in other eras, amongst states, amongst cities and towards other ethnic groups.

But in the last five years or so, the media seems to have lost its ability to make intelligent comparisons in the midst of crises and to ask connect-the-dots questions. Is Twitter to blame for this? Post-modernism in universities? Trump? Fluoride in the water? “Political correctness”? Who knows?

But major news stories are always Princess Diana moments. The heads of journalists are so swollen with the emotions of the moment that they have no room for anything else. Grief at the death of Princess Di; terror before the coronavirus; disgust at Harvey Weinstein; righteous fury at transphobia; indignation everything Trump does from eating his vegetables to dog-whistling; bush-fires in Australia.

Whatever the crisis is, its coverage is breathless and blanket. In June, it’s racism; in July, it could be forest fires; in August, it will be save-Biden’s-bacon, in September, who know what ism or phobia it will be?

the quality of the news about modern society is an index of its social organization. The better the institutions, the more all interests concerned are formally represented, the more issues are disentangled, the more objective criteria are introduced, the more perfectly an affair can be presented as news. At its best the press is a servant and guardian of institutions; at its worst it is a means by which a few exploit social disorganization to their own ends.

Unhappily, the New York Times and the rest of elite American media have, as Lippmann dimly foresaw, become a mere tool of the hysterical Twitterati.

The UK must hold Nigeria to account over Christian persecution