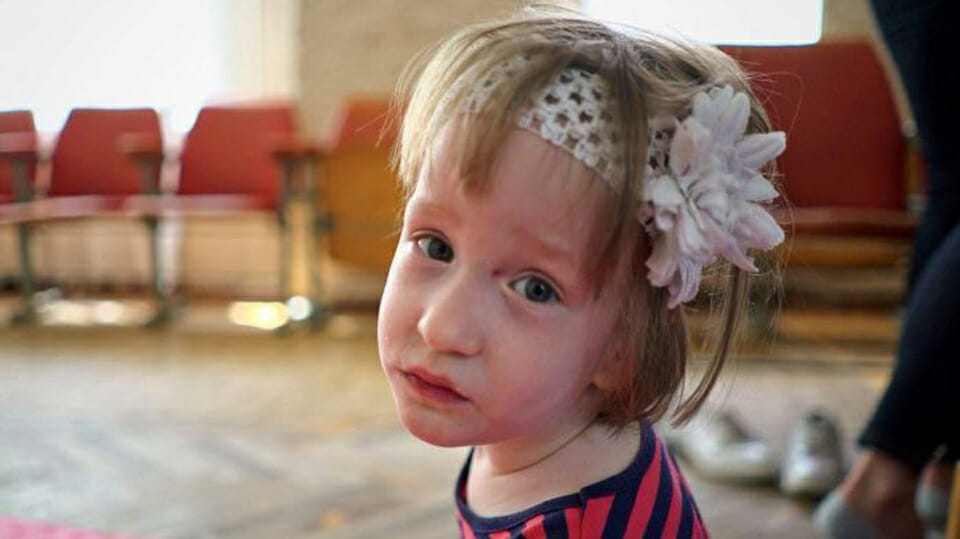 Irish media often present surrogacy as an uncontroversial option for couples who struggle with infertility but we rarely hear reports about children who have been abandoned by commissioning adults, or about the poor women who have acted as surrogates and regret it.

A new documentary by the Australian ABC TV covers the story of baby Bridget, who has spent most of her life in hospital since her birth in February 2016. Bridget suffers from a range of disabilities, due to premature birth, and because of this condition she has been abandoned by the American couple who hired a surrogate in Ukraine to bear the child for them.

The baby’s twin brother died at birth. When she was five months old, the American parents asked the hospital to switch off Bridget’s life support. “She is mentally and physically ill, she is in a vegetative state and has no chances of becoming a normal person”, they wrote, “Doctors advise and recommend that we stop any treatments so that she could find peace. This baby is incurable.”

But the little warrior survived and now, at three, she is still waiting to be adopted. Her American “parents” have engaged in a new surrogate arrangement and they have probably received what they were paying for, i.e. a perfectly healthy baby.

Nikolai Kuleba, the Ukraine’s Children’s Ombudsman, says that this is not an isolated case. He is aware of at least ten other babies born via surrogacy arrangements who have been abandoned by the commissioning parents.

Surrogacy pregnancies are riskier both to the mother and to the child, when compared to naturally conceived pregnancies. Surrogate births have lower mean gestational age at delivery, higher rates of preterm birth, and higher rates of low birth weight. They also have significantly higher obstetrical complications, including gestational diabetes, hypertension, use of amniocentesis, placenta previa, antibiotic requirement during labor, and cesarean section. (See a recent study here).

The ABC documentary tells of a British couple whose baby, born premature through a surrogate in a private clinic, suffered brain damage and had to be treated in the local public hospital. The clinic kept the couple unaware of the problems that the surrogate experienced during the pregnancy.

“He is amazing, and to us perfect in every single way”, the commissioning mother says, “But it was a reckless decision to make, because we felt informed, but we weren’t”. Ukraine is a poor country, still involved in a war, and its public health facilities are appalling compared to Western standards.

The Children’s Ombudsman is also aware of cases of commissioned children who have no genetic connection with the foreign parents, and are smuggled out of Ukraine.

From the ABC documentary, it also emerges that typically more than one embryo is transferred into the surrogate woman, to improve the chances of successful pregnancies. But then, when it becomes clear that twins or triplets have implanted, they are often ‘reduced’ to one, through selective abortion. The woman is required to abort them but the commissioning parents are not informed. They don’t have to know.

One of the women interviewed by ABC was a refugee who became a surrogate out of desperation. “My husband said he would sell his kidney, then I saw an ad on the internet ….”

She was impregnated with three embryos for a Spanish couple, and then forced to abort one of them to raise the chance of live births for the other two. Clinics make money out of live births and are only interested in the final product.

Tragically, at five months she had an emergency cesarean, due to complications, and the other two babies also died. She received the equivalent of 200 dollars for the whole pregnancy.

She tried again and this time she was forced to abort two of the three babies she was carrying, because the commissioning couple only wanted one. She was told that they didn’t need to know about the ‘selective reduction’. Communication between commissioners and surrogates, when exists, passes through the clinic.

“Surrogate mothers are just a flow of incubators”, she says, “They don’t treat us as a human being”.

The glamorized stories about babies born from surrogates that we read on Irish newspapers never include interviews with the woman who has carried them. She is invisible.

You can watch the documentary here:

Biden accepts nomination: I will defeat this damnable virus, and Trump

California is burning – and politicians are weaponising it