The Gordon Elliot Story: Have we all over-reacted? 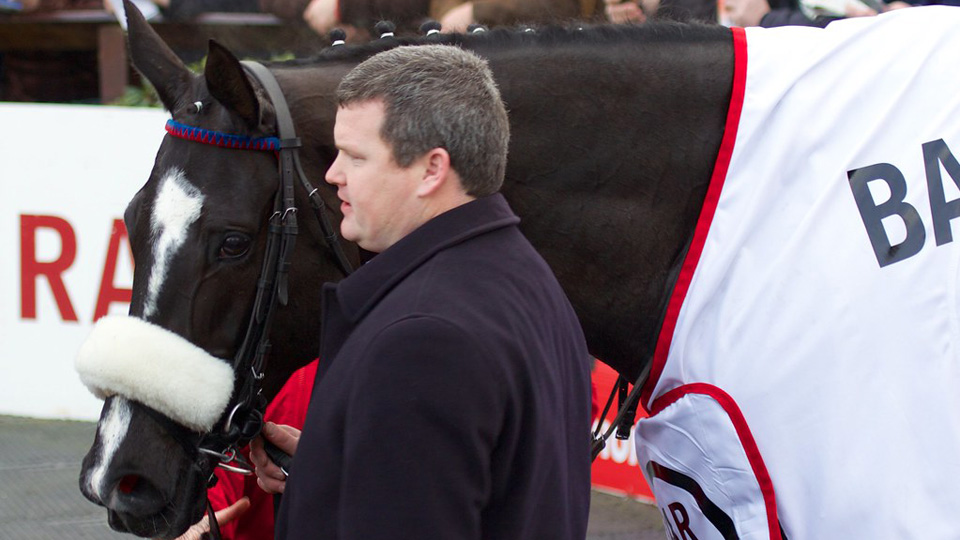 “A moment of madness, which I will spend the rest of my life paying for.” That was the quote provided to the media yesterday by racehorse trainer Gordon Elliot:

Tonight in an interview with the Racing Post, Elliott has spoken further about the incident and stated ‘it is indefensible’.

“It is indefensible. Whether alive or dead, the horse was entitled to dignity. A moment of madness that I am going to have to spend the rest of my life paying for and that my staff are suffering for.

“I will be punished, I fully understand that. But it absolutely breaks my heart to read and hear people say that I have no respect for my horses. That couldn’t be further from the truth. My whole life has revolved around horses since I was a child.

Gordon Elliot’s crime, which he believes that he will spend the rest of his days atoning for, was that he sat on a dead horse.

That’s it. There’s nothing more to the story.

Now, it’s possible, of course, that there is another shoe to drop. Perhaps someone will come forward with a credible accusation of animal cruelty, with evidence, like the extensive reporting Gript has done about Ashton Dog Pound. Were that to be the case, the story would take on vastly greater significance. But nobody has presented any evidence of cruelty. All we have is a story about a man sitting on a dead horse. And whatever rumours people may be whispering about, or whatever story people might tell you on Whatsapp is still to come, a reasonable person will always discount nonsense like that, and focus on the actual facts which have been established. Lots of people have motives, all the time, to smear and blacken the good name of other people. The only thing Gordon Elliot actually stands accused of is sitting on a dead horse, for an undetermined period.

The horse, it seems, was running along the gallops, had a heart attack of some form, and died. Gordon Elliot sat on its corpse, apparently, to make a phone call. Somebody photographed the moment, and it has now become a moment of madness that he will spend the rest of his life paying for.

Have people not…… overreacted a little bit?

There is, let us be clear, no evidence that the horse was the victim of cruelty, or unnecessary suffering. There is no evidence that it was poorly treated in life. Indeed, as animal lives go, the horse in question probably had one of the better ones available to non-pet animals. It wasn’t sent to a slaughterhouse. It wasn’t fattened up, or prodded with sticks. All of these things happen to cattle in Ireland every single day, but we drink our meat and eat our burgers and think nothing of it. Perhaps the Irish beef industry is one photograph of a man smiling beside a dead cow away from bankruptcy.

Gordon Elliot, apparently, stands accused of “disrespecting” the horse by sitting on it.

It shouldn’t need saying, but apparently it does: The horse was dead. It has, and had at the time the photograph was taken, no capacity to feel pain, or injury, or discomfort, or even disrespect. It had all the sentience of a log.

When you read, generally, that people have made a mistake that they will spend the rest of their lives paying for, there’s a bit of you that perks up, isn’t there, out of sheer nosiness? You sort of expect, at minimum, adultery, or maybe a bit of fraud, or perhaps a historic dalliance with cocaine.

Sitting on a dead horse, it must be said, is a new one. What does it say about our society that this now constitutes such an offence?

And what, we might ask, makes this so offensive? Would it, for example, be disrespectful for you or I to sit down and rest our weary bones on the stump of a tree that has just been logged? The horse died of natural causes, remember. A tree stump usually appears only after a tree has been murdered. In fact, if you’re reading this at your desk and there’s some wood in your desk, chances are you’re presently leaning on the remains of a murdered tree.

Some of you – my fellow animal lovers, perhaps – might find my attitude callous. So let’s be clear: If somebody is guilty of mistreating or abusing an animal, they should be prosecuted and, preferably, sent to prison. But Gordon Elliot did not mistreat or abuse that horse, at least so far as the evidence presented attests.

Is what he did worthy of an apology? Not at all, but perhaps for the sake of Public Relations, a simple mealy-mouthed “sorry if anyone was offended” might have made sense.

Some people, of course, will say things like “well, what if your mother died, and Gordon Elliot sat on her to make a phone call, would that be okay?” This was a common line on radio phone-in shows yesterday. But there are a couple of problems with it: first, few of our mothers are horses. Second, Gordon Elliot hasn’t sat on any of them, post mortem.

There are lots of real injustices in Ireland, and the world. If you’re an animal lover, like me, then there are injustices happening in Ireland every day: Whales and Dolphins caught in fishing nets. Birds of Prey shot and poisoned. Foxes caught in snares, dying excruciating deaths. In the border region, badger baiting and dog fighting continue regularly.

All of the energy spent on this dumb story could be directed, so much more usefully, elsewhere.

Gordon Elliot sat on a dead horse. Apparently he’s going to be paying for it for the rest of his days.