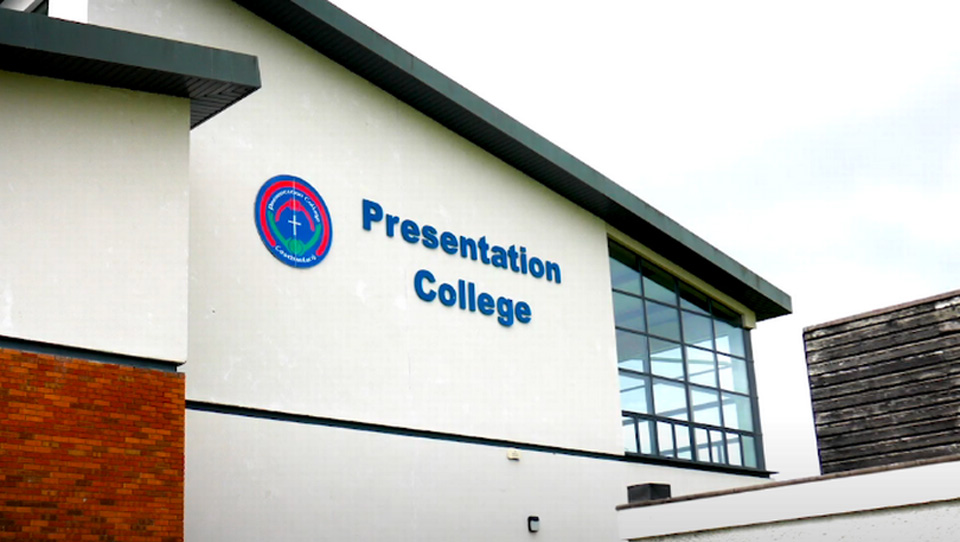 There was never any first hand evidence, of any kind, that a teacher or teachers in Presentation College Carlow had told female students in November of last year that their leggings were causing male teachers to be sexually distracted by their anatomies. Despite that, the story travelled around the world, as far as Australia, New Zealand, and the United States. In one week, Presentation College Carlow became one of the most infamous schools in the world, filled, in the public imagination, with more than slightly pervy middle aged men. But as John McGuirk wrote at the time, on this website:

Nowhere, in any media outlet, is the person, or persons, who made these remarks identified. Was it a male teacher? The principal? The Year Heads? The comment has set the nation’s newspapers and radio stations alight – but nobody, upon nobody, can tell us who, exactly, made the comment.

The Carlow Nationalist story implies that the comment was made repeatedly – in other words, to “class after class” of teenage girls. That means there are potentially hundreds of witnesses who can identify the person or persons who made these remarks. And yet, nobody has been identified.

Nevertheless, the story dominated the Irish airwaves, and print media, for a week, and, as mentioned above, travelled around the world, too. The school was traduced as an unsafe place for young women and girls. The school’s policies on uniform wearing were denounced as a relic of a misogynistic, anti-woman culture. The male staff, some of whom spoke to Gript at the time, feared attacks on them from parents and others who had been whipped into a frenzy of outrage by the Irish media.

And none of it was true, as the Press Council and Press Ombudsman has now made clear:

Naturally, the school’s final vindication will not get anything like the acres of media coverage that the original, false, story received. For example, though the Journal.ie’s original report of the false story is still online, that publication has, at the time of writing, failed to acknowledge the existence of the Press Council’s findings that the story was false. Kacey O’Riordan – the “award winning” Newstalk journalist who broke the story to a national audience, deleted her tweets about it a few days later, but has never acknowledged in public that her story was false. The Irish Examiner, that relentlessly left wing newspaper, published a column arguing that the female students in Presentation College Carlow were “shamed and shackled by their burgeoning womanhood”. It, too, has yet to acknowledge that the story was wrong. Those were the main offenders, but there were many more in journalism, and in politics. As yet, only journalist Jill Kerby has had the basic integrity to admit that she got it wrong:

/2 …and as an experienced journalist I should have known better than to get caught up in the moment & became part of the ugly ‘pile-on’ culture that happens too often here on @Twitter .

Others, like Labour’s Aodhán O’Riodáin, called for apologies from the school during the height of the feeding frenzy, but are contemptibly silent today, when it is time for apologies from them. Indeed, Labour, for example, has deleted its denunciation of Presentation College from its website. It has not, however, apologised. One rule for them, and another for, well, anybody else.

This story exploded, and gained such traction, because it perfectly aligns with the biases and prejudices of many journalists. Too many in our trade are eager to always believe the worst of men, in particular. The absurd idea that male teachers were spending their days leering at the backsides of teenage girls was something that too many of them instinctively believed, and thus, to such prejudiced eyes, the story did not require any basic fact-checking.

It also aligned with a view of Ireland that is widely shared in the media: That the country is an inherently backwards place, with backwards attitudes, filled with people whose behaviour requires constant guidance and correction. That is why we, the consumers, are subject to so many endless media lectures on subjects ranging from feminism to climate change, to racism, and back, again, always, and endlessly, to feminism.

In this analysis of Ireland, the country is only ever a few months away from drifting towards a “Handmaid’s Tale” dystopia where all of the achievements of progressive liberalism are washed away by one of the media’s many resident villains: The Church, or the “Far Right”, or men, or, if you want a collective noun for all of the villains, “the patriarchy”. We live in a country where the media, and many in the establishment, lives in perpetual fear that just beneath the surface, the Irish people are wild and uncontrollable, and could perpetuate terrible crimes – like sexually objectifying teenage girls – at any moment. And so, to them, the story just “felt” true, and that was good enough.

This attitude to Irish people is on view in other areas, too: We are, undoubtedly, one of the longest locked down countries in the world in part because the Irish media, and the Irish political establishment, simply do not trust Irish people to behave properly, and with the appropriate caution, if left to their own devices. It is the ideology, and set of assumptions, that underpins nanny state restrictions on alcohol, socialising, and a range of other things. It is not simply a sense of intellectual superiority, but an unspoken fear that ordinary people are slightly barbaric, and left to their own devices, will revert to their basest, animalistic, instincts.

For all of these reasons, nobody thought to check whether the story in Carlow was actually true. It simply felt true, and that was all that was required to make Presentation College the most infamous school in Ireland.

Hardly any of those responsible have apologised, or acknowledged their wrongdoing. Some of these people continue to claim authority as “fact checkers”, and defenders of truth. They are no such thing. They are as partisan, as prejudiced, and as full of base human instinct as anybody else.

This story was supposed, in the media’s telling, to be a “teachable moment” for Ireland about the dangers of sexism, misogyny, and the male gaze. It was supposed to highlight “how much more change we still need”.

It is, indeed, a teachable moment, albeit of a different kind. But the media, you suspect, will refuse to learn from it. They should be hanging their heads in shame, and the public should not permit them to do anything else.

Prejudice towards Travellers – and poorer people – is still acceptable in Ireland