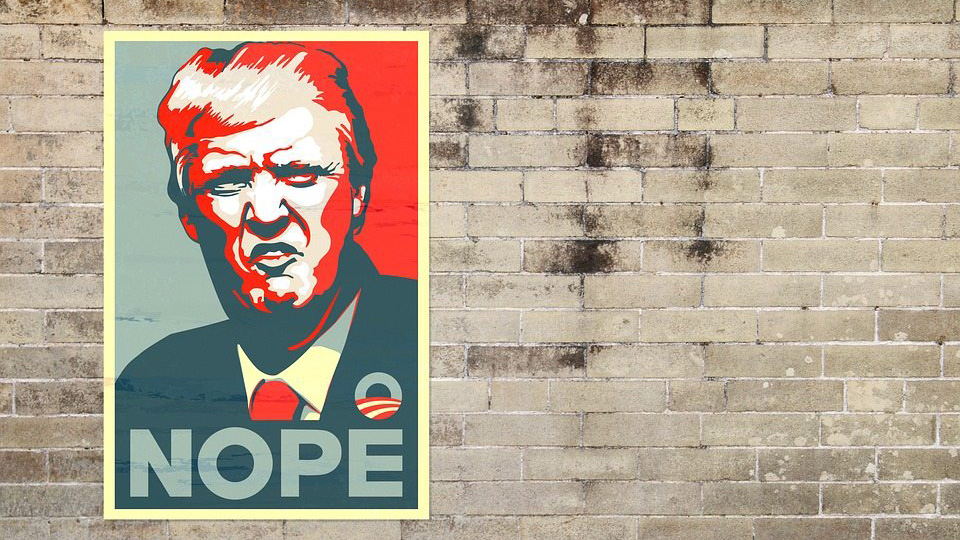 The following is a transcript of a speech given by the author at the UCD Law Society debate ‘This house would reelect Trump in 2020’.

It’s a pleasure to be back in UCD debating again. I must say my experience of the political views of this society are very different from those Philip Boucher-Hayes put forward in his refusal letter, when he said this society was biased in favour of Trump. In fact the last time I spoke here in favour of one of Trump’s policies one of the committee members spent 7 minutes calling me a racist.

From the audience “And a dick!”

Yes, thank you for that.

I must say, with absolutely no offence to the organisers, that I find the title of the debate to be somewhat unfair, and not just because it involves defending Donald Trump, but because the 2020 election will be a choice between two people, Donald Trump versus someone else, barring him dying in office.

That is to say that to argue that Trump should be re-elected is to argue that Trump is better than the alternative, but no alternative currently exists. So Trump can be attacked, but the attacks cannot be returned because there’s just nothing there to attack, there is a merely a rough outline of a presumably perfect candidate who has to be better than Trump, which is assuredly what my opponents tonight will do. They will tell you Trump is terrible, and that there’s no way any other candidate could be worse than him, an opinion they hold presumably because they haven’t been watching the Democratic debates, and that’s all they will have, a belief that Donald Trump is terrible and a naive hope that whatever the Democrats throw together at the last minute will be better. It is the debate equivalent of being asked to stand there for 7 minutes whilst someone punches you in the face.

I mean I could go through the various Democratic candidates for their slot, say things like Joe Biden barely seems to know what year it is let along what State he’s campaigning in on any given day, which will be useful when people start asking him about his son’s business dealings; Bernie Sanders is a multi-millionaire hypocrite currently facing legal trouble for refusing to pay his staffers the minimum wage he demands the rest of the country adopt. Kamala Harris campaigns on racial justice after spending the majority of her time as a District Attorney ensuring as many black men as possible spend as long as possible in prison.

To be fair there’s very little bad I can say against Elizabeth Warren, she has an exceptional CV. She was, after all, the first women of colour to be hired in Harvard’s law faculty, at least according to Elizabeth Warren and Harvard.

And so I think the only way this debate can actually in any way be fairly conducted is if we don’t talk about the people, but rather the parties. And that is an important point, for all that the presidency is a personal position, it is also a party position, at least as America currently stands. A country in which there is a Republican president is a different country than one in which there is a Democratic president, regardless of how those people are.

So rather than talk about how Trump is better than the shape-shifting void my opponents will put forward, I will rather very briefly outline about why I believe the Republicans should win in 2020, and leave it to my fellows to fill in the map.

Fundamentally I believe that the Republicans should hold the presidency in 2020 as I believe they are the party who actually cares about upholding the structures that allowed America to become one of the greatest countries this world has ever seen. These are the legal and constitutional structures that allow American to function as a political entity even whilst they are such are a massively diverse country, both politically and geographically.

I’ve read, and I’m sure you have as well, endless pieces about how Trump threatens the future of America as a Republic, they point to the endless policies that have been struck down as an example of Trump’s attempt to destroy the institutions of America. Ladies and gentleman a policy being struck down by the courts cannot represent the destruction of a democratic institution, it represents a system which is designed to provide checks and balances and it represents it doing exactly what it was designed to do.

On that last point, you may have missed it as I don’t believe it was reported live, but Ford’s lawyer was videotaped at a conference explicitly saying that part of Ford’s motivation was to protect Roe v Wade, which is a direct contradiction of what Ford told the Senate.

That video is available online. Many of you I assume are law students and so I would advise you to go online and watch it as a warning of how not to represent a client. You do not, on video, say that your client lied about her motivations.

To be perfectly frank the Democratic party has gone mad since it lost to Trump, they are not what they were even 4 years ago, and they now seem willing to tear every piece of American democracy down if they think it increases their chance of winning next time out.

They will destroy the foundations that allow Americas to operate in order to win a 4 year term, not caring or understanding the damage they will do.

America can deal with a bad president, it’s had many. America will outlast Donald Trump without any damage to its structures, in the same way it outlasted many others, it may not be able to outlast the Democrats if they do as they say they wish to. They are not fit to hold the presidency, as a party, and as an ideological force.

It does not matter what one thinks of Trump. The Republicans, as they stand currently, are the party for the continuation of the Republic. For that reason, they should hold the presidency.