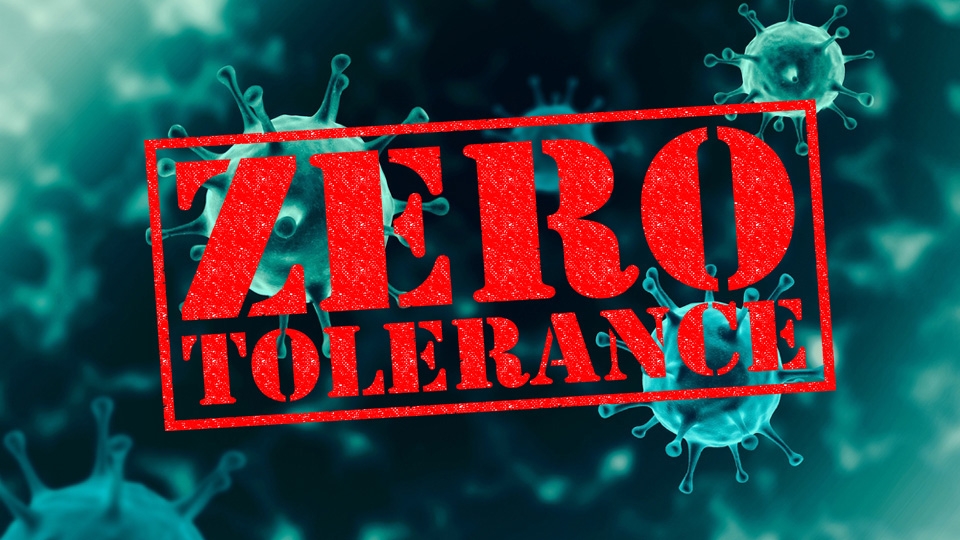 Yesterday Leinster House hosted yet another festival of virtue signalling or what was billed as a debate on the Labour Party’s proposal to pursue a “national aggressive suppression strategy” to bring about Zero Covid. This is something many experts believe is impossible – and in any event is that not what the much heralded vaccine is supposed to achieve?

The statements were yet another confirmation that all of the Leinster House parties basically share the same view, which is far from being massively supported by the public as claimed by several speakers. However, some of them could not resist small digs at one another over who is the biggest locker-downer of them all.

Sinn Féin, of course, have all the answers and are no relation to the party just up the road who have made a hames of dealing with the virus in the part of Ireland they administer for London. The same party has done nothing to prevent the arrival of thousands of “students” and “asylum seekers” into Belfast and Larne while imposing petty travel restrictions on the natives. Same goes for the Government in Dublin of course and the cheerleaders of mass immigration on the left.

The brass tacks of the Labour motion if implemented would mean that “only genuinely essential workers are compelled to work outside the home.” I have not heard of one single person lucky to be still working “normally” who has complained about being forced out to work. Quite the opposite. Nor have I come across too many people thinking that the upending of their children’s education is a good thing.

As Mattie McGrath stated, in one of the few sensible contributions, what is being proposed are measures which “will kill off the entire domestic economy”. He also noted that the continued lockdown is not inconveniencing in any way the tech giants – the same companies who seem to be ignoring restrictions on overseas travel.

Peadar Toibín of Aontú also referred to the human toll of the ongoing shutdowns. This is manifest in social isolation which has led to a spike in suicides and other manifestations of despair, if we are willing to call it what it is.

And it is utter hypocrisy to refer to the awful impact that this is having on women and children and indeed some adult males in domestic abuse situations while advocating the open-ended continuation of the conditions that exacerbate them.

Of course the support of the “party of the working class” for economic devastation when pointed out to them by McGrath, the Healy Raes and others, “triggered” poor Duncan Smith of Labour to launch into a Pythonesque “when I were lad down the pit” anecdotes of “hanging doors in Finglas.”

Well, there are not too many lads out hanging doors in Finglas these days. But then, such lads do not get paid full salary like the TDs and the other public servants who support zero Covid while continuing to draw down full salaries. Oh, and have their wine and groceries delivered, and their parcels dropped to their houses, and their bins collected by workers who must have some special sort of herd immunity.

Other things to note yesterday was Sleepy Head Ryan’s boyish pleasure at the opportunities presented by societal collapse to “place pedestrians and cyclists at the centre of our thinking.” On par with other effusive Green celebrations of the closing down of the turf industry to make up for “progressive” China’s total dismissal of all of that climate stuff.

Then there was NPHET’s telling the GAA that there would be no hurling or football for the foreseeable future. Now, I like watching rugby and horse racing, but how either which include international travel are somehow exempt while the GAA is not makes no sense. And indeed, you would have to suspect that, like the religious restrictions, that there is more to it than meets the eye.

On a broader philosophical note, what all of this does is draw a stark line between the enemies and defenders of freedom. Not for the first time, western society is under assault from elements who advocate the erosion of fundamental liberties. Not makey up ones, but the ones that have been the foundation of our civilization for several millennia.

The pretence of the left to be anything other than extreme statists who revel in any opportunity to tell the rest of us how to live our lives has been demolished for ever. What is more worrying is that, in this country and in many others including the United States and most of Europe, the traditional parties of government seem to have fully embraced that doctrine.

While their motivations are more to do with pecuniary self interest, they have even begun to dress up repression in the same language as the totalitarian left. When they tell you what to do even down to the minutest every day things, it is of course for your own good,

Humans have survived far worse natural calamities in the past, and pretty quickly too. What has taken longer to overcome is the creation of a condition of prolonged state enforced servitude. That is what we are faced with now. That is what many of our leaders and aspirant leaders strive for,