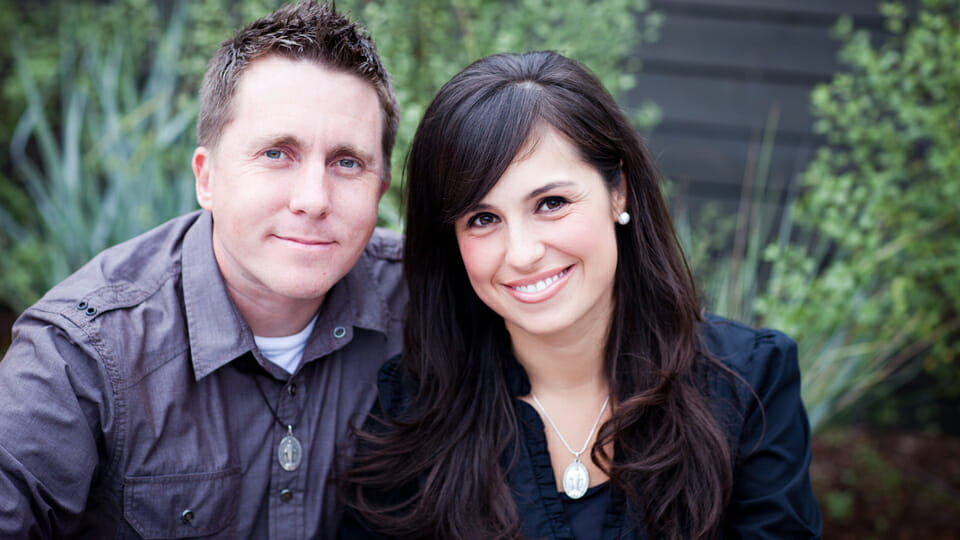 It’s been a busy week, with the election, so readers may have missed an important tale in the middle of all the political noise. This is the story about the cancellation of Jason Evert, after an outcry that amounted to Mr. Evert’s desire to teach Catholicism to Catholics in Catholic schools and church halls. To tell it, it is necessary to first explain who Jason Evert is.

Evert is one of those American evangelical Catholics – the kind of lay preacher that the USA seems to specialise in producing. Utterly orthodox, in a way that’s probably unrecognisable to most Irish mass-goers, what makes Jason Evert interesting is that he actually appears to believe in the things the catholic church teaches, on subjects from the importance of going to confession, to fasting on fast days, to – and this is where it gets controversial – sexual teachings.

Evert and his wife Crystalina run a website called “The Chastity Project”. Like all well-named enterprises, it does exactly what it says on the tin – it promotes the catholic idea that abstention from sexual activity before marriage is the best way to be faithful to God, and to your chosen husband or wife. It promotes the idea of a “chaste lifestyle” – if you browse through the articles on their website, you’ll see the concept coming up again and again, here in advice for young people:

“As with any guy, make sure his chaste lifestyle is the real thing. If he isn’t faithful to you with his heart, his mind, his body, or his eyes, he isn’t ready for marriage. The past should not make any difference to your relationship, but where he is today makes all the difference in the world. Only a man passionately in love with and devoted to purity is capable of being passionately in love with and devoted to you.”

Now, readers may agree, or disagree with that. In the spirit of full transparency, one part of it strikes me as nonsense. The idea that someone must be “passionately in love with and devoted to purity” to be capable of fully loving another person suggests not that they love the person, but rather that they love an idea – purity – that they have projected onto a person. But that’s a digression. The views above are not mine; they are from one of the site’s bloggers.

Evert has also made some controversial remarks about gay people, saying, in a booklet entitled “pure manhood: how to become the man that God wants you to be” that homosexuality is “disordered, much like contraceptive sex between heterosexuals. Both acts are directed against God’s natural purpose for sex — babies and bonding”.

The Catholic Church did not, apparently, sue him for plagiarising their official teaching on the matter.

Again, whether one agrees or disagrees with the statement – and my own view is that a person’s sexual preferences are a matter for themselves and their partner alone, within the confines of the law – it is absolutely clear that all Evert is doing here is stating the position that you might expect an orthodox believing catholic to have.

“For anybody, but particularly for somebody who is struggling with their identity, to be told that they are in some way disordered or wrong is extremely harmful to hear.

“This could have really serious consequences for the mental health of young people coming to terms with their sexuality – as you struggle with that, you’re so much more vulnerable to the things other people say, particularly for younger people.

“Untold damage could be done if someone like this is allowed unfettered access to a young, captive audience,” Power said”

Does Power have a point? Almost certainly. Regardless of one’s private religious beliefs, it seems at minimum somewhat unkind to go around loudly proclaiming that people are disordered, especially when you are a lay preacher, and not an ordained priest or minister.

But on the other hand, to simply look at it like that is to fundamentally misunderstand the nature and purpose of religion. Evert is no more interested in the political or societal acceptability of his views than Spunout is in justifying its continued existence by raising all its funds from someone other than the taxpayer. For him, and those who share his views, this is about saving souls, rather than winning votes or friends. If you believe, as he clearly does, that someone’s activities are placing them at risk of eternal suffering and damnation, is it kinder to be quiet and let them choose that path, or is it your moral obligation to warn them?

This, of course, is where the debate breaks down. To many Irish progressives, the very notion of eternal damnation for homosexuality would be evidence of little more than that God himself is a terrible homophobe. If God exists, they say, then he wouldn’t condemn people for love. And if he doesn’t, you’re just a madman who doesn’t know it.

Evert also has, as you might expect, orthodox views on contraception – again because it goes against God’s ordained purpose for sexual activity, which is reproduction. He’s added in the past that contraception makes women “feel under more pressure to be sexually available”. Not being a woman, this writer cannot speak to the truth or otherwise of that. But it is certainly the case that the catholic church teaches that contraception is best avoided.

All of these, by the way, are basic religious teachings that are still adhered to by a great many Irish people, and are at least believed, if not always practiced, by many more. The Catholic Church remains a huge part of Irish life, even if that annoys some people. Somebody who believes in its teachings is hardly some sort of alien.

Anyway, that’s who Jason Evert is. A man who believes fully in the teachings of his own Catholic Church on sexual matters, and who thinks those teachings are worth passing on to a younger generation, many of whom have either abandoned them, or consider them outdated. So how, and why, was he cancelled?

Evert was due to give talks this week in two Catholic Schools, as well as in a number of Catholic parishes, here in Ireland:

“Mr Evert is touring Ireland, visiting Dublin and Waterford, over two days next week. According to a schedule that was published on Mr Evert’s website but was subsequently withdrawn, Mr Evert was due to deliver addresses to two fee-charging Dublin boys schools, as well as at churches and other locations in Dublin and in Waterford.

According to the schedule, Mr Evert was due to address “Catholic co-ed grades” at an event at the Tower Hotel in Waterford on Thursday morning.

The meeting is listed on the website of the Catholic Diocese of Waterford and Lismore, which states that “Jason is an experienced, dynamic, international youth speaker” and the event is “not to be missed”.”

Naturally, there was an outcry from progressive groups, because teaching orthodox Catholicism to catholics in catholic schools and churches, even if it’s only for one hour, is too much.

UCD’s LGBT society, representing Gay Students, told various newspapers that his lectures were “putting the safety of UCD’s LGBTQ+ community at risk” as they could have “lasting and damaging effects on the mental wellbeing” of students.

They were not alone in articulating sentiments of that nature. The entire tour by Mr. Evert has now been cancelled, rather diplomatically, due to his illness. UCD’s LGBT community is safe, for at least a little longer.

But this whole episode raises an interesting question, which probably needs an answer: If you cannot teach orthodox Catholicism to Catholics in Catholic parishes and schools, then where, and when, exactly, can you teach it? If a Catholic reads one of Mr. Evert’s articles online, or watches a YouTube video in which he appears does that, as UCD’s LGBT society says of his talks, “put the safety of their community at risk”? Would that “have really serious consequences for the mental health of young people”, as Spunout says?

Is it the teaching itself that we object to, or simply that it might be taught in person in Irish soil?

As an aside, is the Irish Catholic Church so shorn of preachers and pastors who believe in its own teachings that it needs to import them from America?

It seems to me that all of this is highly illiberal. In a free society, as, for the moment, endures in Ireland, then anybody is perfectly free to say that what Mr. Evert believes in is absolute nonsense. Indeed, saying so would be much more popular than what Mr. Evert himself says.

And are his ideas, particularly around chastity really so crazy? The focus on the concept of “purity” strikes me both as nonsensical and at odds with the catechism, but aside from that, is it really dangerous to advise, as the focus of his talks was to be, that young people consider for a moment that exposing themselves to the emotional stress of sexual performance and being graded by others solely on their bodies might just be a bad idea? Is that a lethal idea now?

It appears that in Ireland, for the moment, the answer to all of those questions is “yes”, which is a fundamentally bad sign. This state promises, in its constitution, to uphold people’s freedom of religious belief and practice. If we have arrived at a point in time when people like Mr. Evert can be driven from our shores for the crime of teaching catholic thought in catholic schools, then we have come to a sorry pass indeed.

It’s time for some deep reflection on whether Ireland is the tolerant country it professes to be, or on whether it has become something very different altogether.