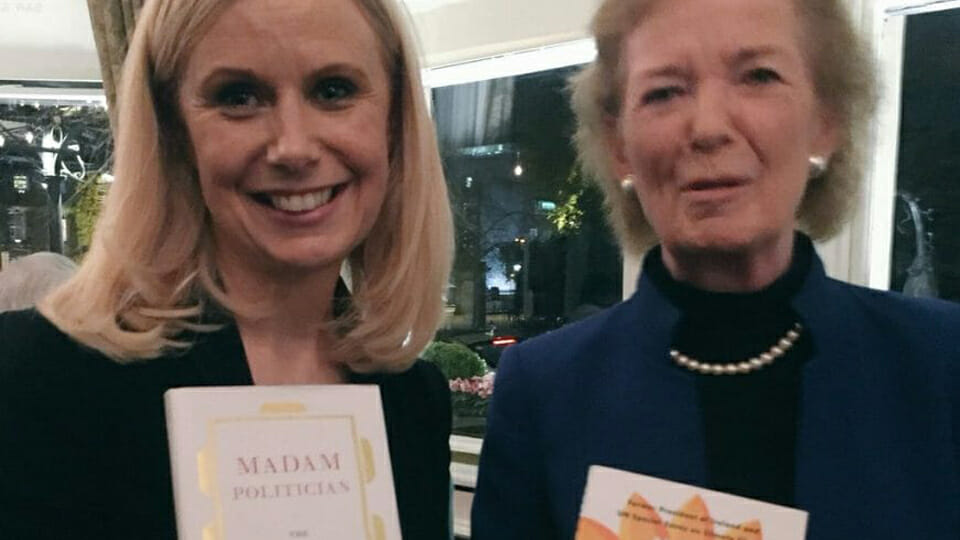 The Government has appointed Martina Fitzgerald, the former RTE political editor, to the National Screening Advisory Committee, according to the Irish Times.

Ms. Fitzgerald left RTE after a bitter and public dispute over her role with the broadcaster, which wished to replace her, and advertised the role internally. She becomes the latest in a long line of prominent journalists who have reported on the current Irish Government, and then been given a job by it.

This is a disturbing trend.

One of the things about the media, especially the Irish media, is that journalists love nothing more than telling everybody how important journalism is.

If there’s a chance to work a flattering metaphor about the role of journalists in a democracy into a conversation, you can bet your bottom dollar your neighbourhood journalist has availed of it. They are, in their own mythology, the watchers on the wall and the shield that guards the realms of men.

Politicians are supposed to fear journalists, whose fearless enquiries and commitment to the public interest, without fear or favour, should strike fear into the very hearts of those who would misuse public office, or display incompetence in public office, or, more likely, have sent a dodgy tweet ten years before assuming public office.

The role of the media is vital, we are endlessly told. So vital that we must pay for it, whether we consume it or not. So essential is it that Fianna Fáil wants to subsidise every single newspaper in the country with taxpayer funding. Without the media there to scare our politicians, we are led to believe, society itself would be at risk of falling back into the dark ages, governed by a medieval political class that would treat us like serfs.

So, what is the public expected to think when the Government has a pattern of hiring journalists who have reported on it? Is there no chance at all that the message is being sent to others that if they would like a chance at a well paid job with better hours than the one they have right now, the best thing to do is to ensure that your coverage is friendly to those in power?

If a private business was making a habit of hiring people from the Government bodies charged with regulating it, there would be calls for enquiries and regulation on the subject. Imagine if you will that a drug company, it emerged, was consistently hiring people from the body charged with deciding whether drugs were safe for public consumption, mere months after those people made favourable decisions for the company. The suspicion would be that the company was trying to use its financial influence to reward those who are supposed to provide oversight.

In what way is this any different?

With all the respect in the world to Ms Fitzgerald, who is a well-qualified and experienced journalist, what expertise does she have in the area of screening? What does she add to that committee that literally any other member of the public could not?

Your guess is as good as mine.