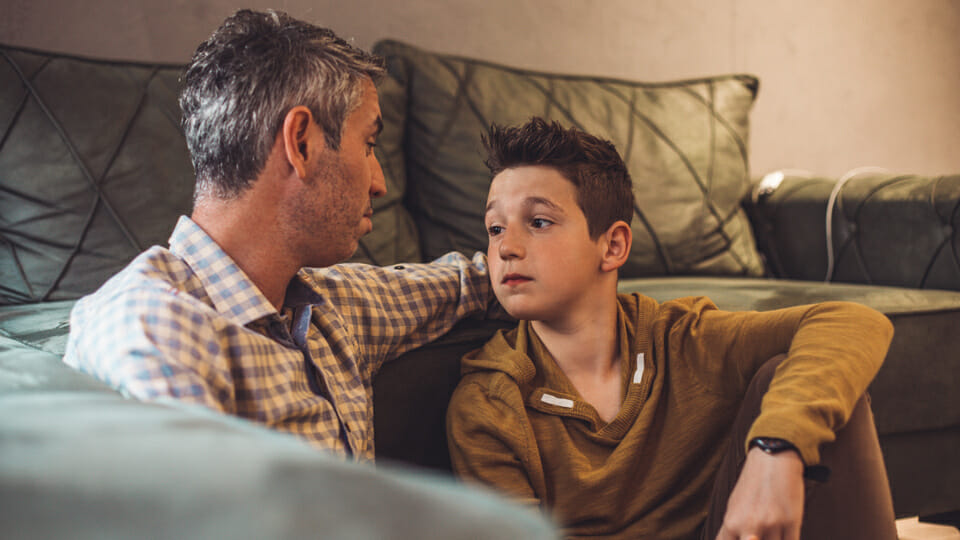 Irish parents, and indeed parents worldwide, now live in a world where their children, as soon as they are old enough to access the internet, are never more than two or three clicks away from the most hardcore pornography.

The normalisation of pornography over the past thirty years, and the consequences of that, has been debated and discussed at length elsewhere. In truth, these debates have little point. The genie is out of the bottle, and turning back the clock in an era where the internet is available to almost everyone is simply not going to be possible.

If you are a parent, you have an absolute duty to shield your children from this stuff for as long as you possibly can. But even that won’t be forever. According to the BBC, 60% of children have encountered hardcore pornography by the age of 14. Many are accessing it at the age of 11.

Pornography is not some benign, neutral, thing. It has shifted, measurably, the expectations and norms of human sexuality – from things as simple as personal grooming habits to what teenagers expect from their first relationships. Study after study, and report after report, reveal how pornography is impacting the lives of young women, in particular:

One 11-year-old girl told researchers: “I didn’t like it because it came on by accident and I don’t want my parents to find out and the man looked like he was hurting her. He was holding her down and she was screaming and swearing.”

A 13-year-old boy said: “One of my friends has started treating women like he sees on the videos – not major – just a slap here or there.”

“It can make a boy not look for love, just look for sex, and it can pressure us girls to act and look and behave in a certain way before we might be ready for it,” said one 13-year-old girl.

Another 13-year-old girl said: “A few of my friends have used it for guidance about sex and are getting the wrong image of relationships.”

In Ireland, as elsewhere in the western world, a fierce debate is underway about how to help children, in particular, adapt to a world where they are likely to be exposed to an extreme and distorted vision of human sexuality at a much younger age than at any time since, probably, ancient Greece or Egypt.

There are, it is fair to say, two schools of thought. The first, increasingly embraced by the Irish Government, is that the state should take the lead on the issue, and equip children to deal with pornography by deconstructing it, analysing it with them, and teaching about it as part of a “sex positive” sex education curriculum.

The thinking behind this approach is not hard to understand, and automatically demonising those who embrace it is foolish. The fact is that modern pornography bears hardly any relationship to the reality of human sexuality, as experienced by most people, aside from that it is occasionally accurate about what bits go where. Mainstream pornography invariably places male pleasure at the centre of the show, and reduces women to enthusiastic objects, whose value lies almost solely in their ability to entertain and encourage a man. But when Children are exposed to this, it is unrealistic to expect them to understand that this is not how most people have sex. After all, it’s the only depiction most of them will ever have seen.

Nonetheless, it does raise a question that all parents should ask themselves, which is this: where do you want your child learning about this stuff? Because the only racing certainty is that they will learn it, one way or another.

There are three ways in which they might learn it: From some sex education teacher, who is a little too enthusiastic for your tastes; from the internet, or a friend’s phone, or by opening the wrong link on facebook, where they will see it without any understanding of whether it is normal; or from you.

The state is perfectly well equipped to explain the logistics of any sexual act or practice, but entirely and wholly incapable of imparting the value of love and respect in sexual relationships, because that is much too close to a value judgment for today’s society.

That’s the world we live in.

HSE: €813 for night on hospital trolley in a corridor as its a ‘multi-occupancy room.’