A major survey which tracked public opinion about Covid-19 across 6 countries has found that people think coronavirus is far more widespread, and more deadly, than official figures show.

Consultancy Kekst CNC asked 1,000 people in each country what percentage of people in that country they thought had been infected with Covid-19 – and what percentage they believed had died.  In every country, they found that “people think coronavirus is much more prevalent than it is – and that many more have died than in reality”. In some countries, the difference between perception and reality was enormous.

In Germany, respondents on average believed that 3% of the country had died from Covid-19, when less than 0.01% actually had. The perception exaggerated the reality by a factor of 300.

Similarly, in the U.S. the estimate given by respondents was that 9% of the entire population had been killed by the coronavirus – which was 225 times greater than the number that had actually died according to the Centre for Disease Control.

In the UK, Sweden and France, people believed that 100 times more people had died than the official figures showed. The survey also found that people believed the rate of infection or spread of Covid-19 was far greater than it actually was.

“People significantly over-estimate the spread and fatality rate of the disease,” the consultancy firm concluded. 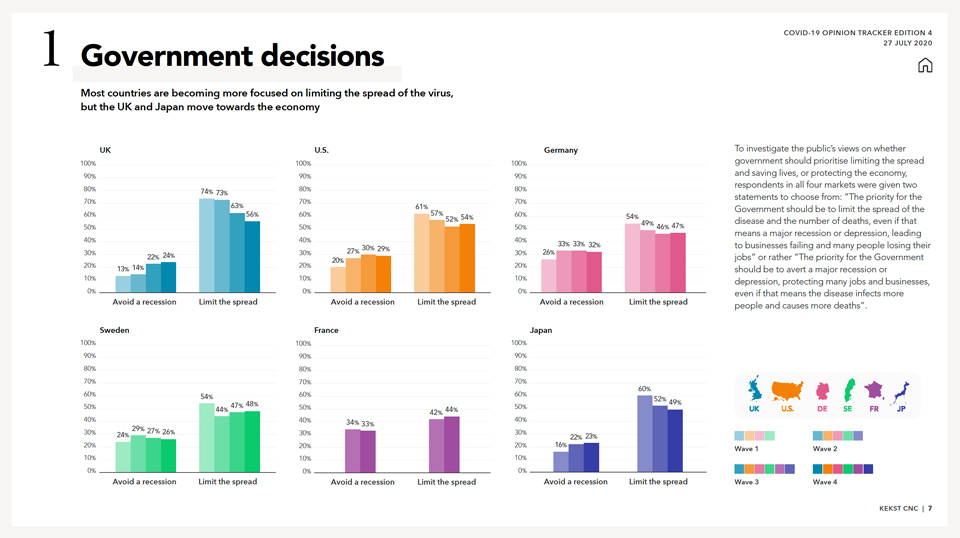 “Perception is reality when it comes to coronavirus, and such views will be impacting consumer behaviour and wider attitudes – business leaders and governments will need to be conscious of this as they move to restart economies and transition into living with coronavirus for the medium to longer term,” they wrote.

The survey may lead to questions as to why the public understanding of Covid-19 is so massively skewed, and what role government and media platforms have in this misinformation.

Kekst CNC also found that people are expecting to have to live with coronavirus for a long time to come, and that there is significant support for mask wearing.

The survey showed shifting opinion regarding the priorities for governments between public health and the economy.  While protecting public health remains a priority, some countries have seen a shift upwards in support for avoiding a recession and protecting the economy, particularly in Japan and the UK. 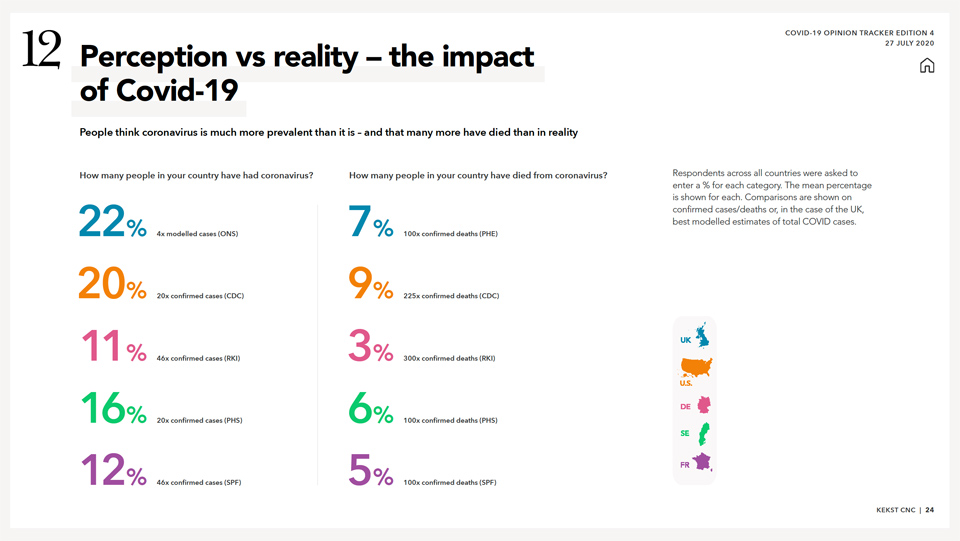