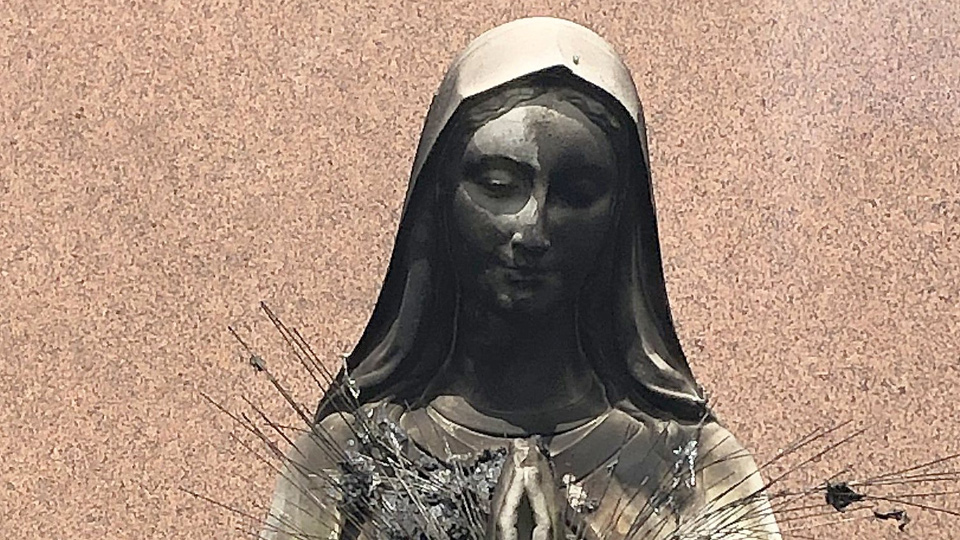 At least two statues of the Blessed Virgin Mary have been attacked in recent days in the U.S., while churches have also come under attack, with one being set alight while parishioners prepared for Mass.

The Catholic News Agency reported that last Saturday morning, the Queen of Peace Catholic Church in Ocala, was set aflame while parishioners inside prepared for morning Mass.  A man who crashed a minivan into the church and then set it on fire was arrested and charged with attempted murder, arson, burglary, and evading arrest.

The same day a fire gutted the San Gabriel mission in the Archdiocese of Los Angeles, a 249-year-old mission founded by St. Junípero Serra.

The police are investigating arson as a possible cause. During recent protests in the U.S. the saint was targeted and accused of being an enforcer of Spanish imperialism. However, Archbishop José Gomez, said St Serra was a “good faithful man,” who worked to protect  Native people from the Spanish colonialists, and was canonized by Pope Francis in 2015

A statue of the Blessed Virgin was set on fire on Saturday evening in the Dorchester neighborhood of Boston.  The parish had put up the statue decades ago in memory of servicemen killed in World War II, Fr John Currie told NBC news.

Virgin Mary statue set on fire overnight outside of the Saint Peter Parish on Bowdoin St in #Boston . #wcvb pic.twitter.com/teg1nYWBob

“I was shocked,” he said. “Shocked”, but he said that whoever had set the statue on fire was a troubled soul. “If you need help, come get help. We’re here for you.'”
On Friday July 10th, the Diocese of Brooklyn announced that New York City police were investigating an attack of a statue of the Virgin Mary at Cathedral Prep School and Seminary in Queens. Security footage showed the 100-year-old statue being approached shortly after 3 a.m. Friday morning and daubing the word “IDOL” down its length. 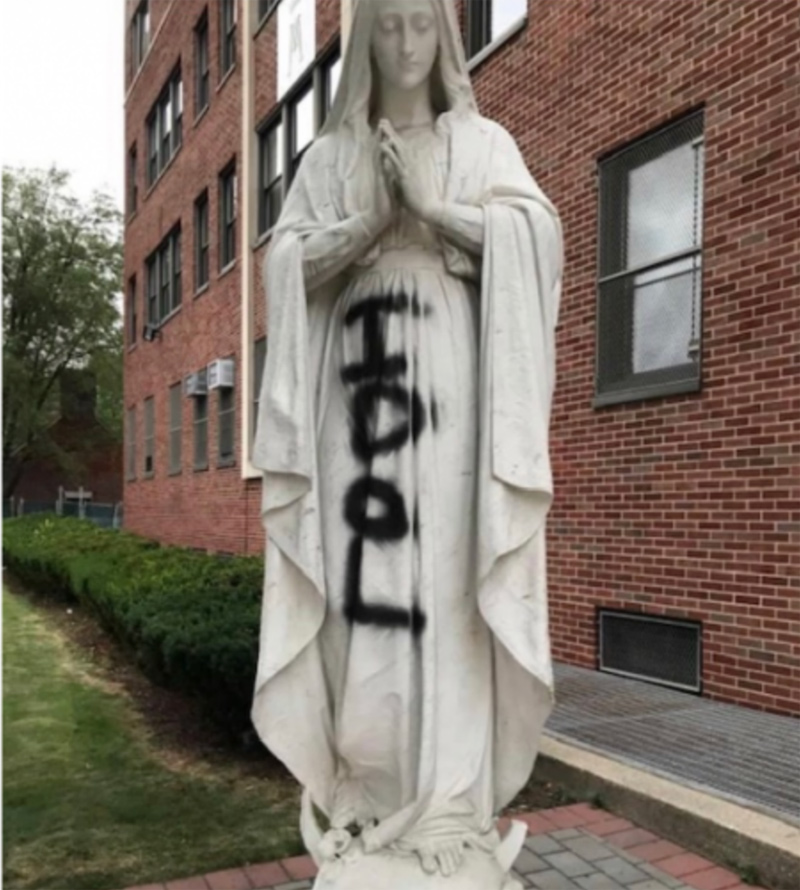 Fr. James Kuroly, rector and president of Cathedral Prep, described the vandalism as an act of hatred towards the Church.

“Obviously, this tragedy saddens us deeply but it also renews our hope and faith in the Lord as he has shown his goodness in the many people who have already reached out to us,” Fr. Kuroly said. “We are sincerely grateful for the help we have received as well as the prayers. Please continue praying for those who committed this act of vandalism and hatred toward Our Lady and the Church,” he told Catholic News Agency.

Commentator Lila Rose said there was “little reporting” on the attacks “and even less outcry from progressive leaders” and said “condemning this shouldn’t be partisan”.

Catholic Churches in at least seven states have been vandalized or burned recently. In FL yesterday, mass attendees were in church when it was lit on fire. I see little reporting on this and even less outcry from progressive leaders. Why? Condemning this shouldn't be partisan.