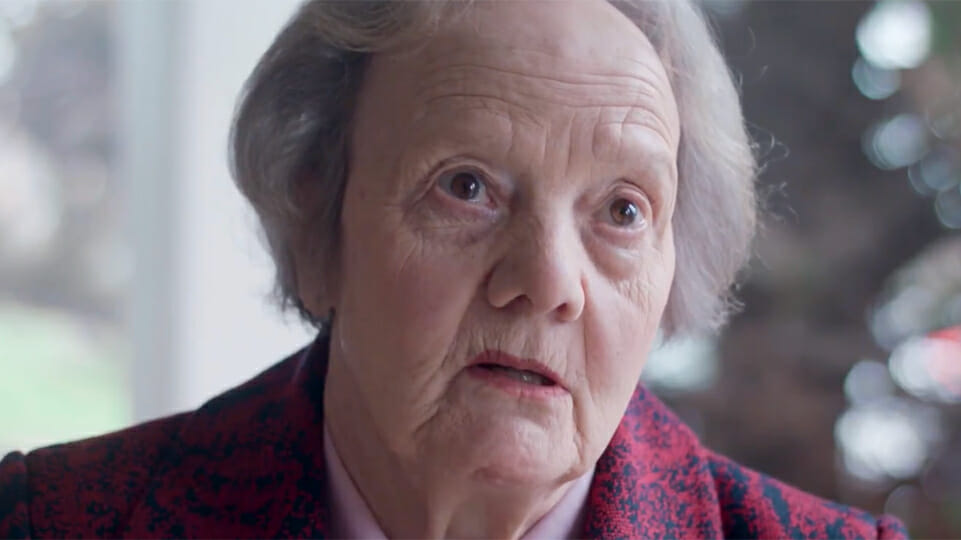 Sr Consilio Fitzgerald, the founder of Cuan Mhuire, will be presented with the 5th Oireachtas Human Dignity Award at a ceremony in Leinster House on Thursday, 5th December.

Sr Consilio is being honoured for her decades-long work with men and women suffering from addiction. Her foundation, Cuan Mhuire, provides addiction treatment services and residential rehabilitation to 3,000 people each year.  The Human Dignity Award is presented annually by the Oireachtas Human Dignity Group to a person or group for exemplary commitment to the promotion of human dignity.

The award comes 53 years after Sr Consilio began her work from a small room in the Convent of Mercy in Athy. The young Mercy Sister, who had trained as a nurse and midwife, was moved by the plight of the ‘men of the road’ who came to seek a night’s lodgings in St Vincent’s Hospital, Athy, where she was working. To cope with the growing numbers seeking her assistance, she soon opened a facility in the convent’s dairy. Today, there are five treatment centres around Ireland, including a women-only facility in Cork, as well as seven transition facilities throughout the country.

“From humble beginnings in an old dairy in Cuan Mhuire, Sr Consilio has built something of national importance and lasting significance,” said the Ceann Comhairle and Kildare South TD, Seán Ó Fearghail.

“In her own words, Sr Consilio’s work is based on the belief that each human person ‘has eternal value’ and is capable of ‘human and spiritual wholeness’. This belief in human dignity is Sr Consilio’s ‘secret recipe’. It’s what has transformed countless lives and it’s why Sr Consilio and Cuan Mhuire are worthy recipients of the 5th Human Dignity Award.”

Paying tribute Sr Consilio and her team, Senator Rónán Mullen of the Oireachtas Human Dignity Group noted that this was just the latest in a long series of awards received by the Mercy Sister and her team.

“These awards are all trying to say the same thing: ‘We value what you have done, we thank you, and we want you to keep going because your work is more important than ever.’”

“Addiction is a huge cause of suffering and injustice at individual, family and community level. Sr Consilio’s work stresses that the solution begins with respecting the individual person and building up their capacity to change and become whole again. Who will ever measure the number of lives that have been changed for the better by this woman? She and Cuan Mhuire have made an outstanding contribution to Irish life.”

Acknowledging the award, Sr Consilio noted that people at every level of society were struggling with addiction. “We will keep going,” she said. “The challenges are great. Demand for our service far exceeds our capacity to help people. But we trust in the Lord and in the great people who support our work every day.”

Cuan Mhuire is currently fundraising for a new purpose-built women’s treatment centre in Athy. As well as the presentation in Leinster House, Sr Consilio’s Human Dignity Award will be marked by a celebratory fundraiser in support of the new centre.

Previous recipients of the Human Dignity Award are Barney Curley, founder of Direct Aid For Africa; Magnus MacFarlane-Barrow, founder of Mary’s Meals; Gina Heraty of Our Little Brothers and Sisters Orphanage in Haiti; and Br Kevin Crowley of the Capuchin Day Centre.

About Sr Consilio and Cuan Mhuire:

Sr Consilio (Eileen) Fitzgerald was born and grew up on the Kerry/Cork border. On completion of her second-level education she trained as a nurse at the North Infirmary, Cork. After her training she joined the Sisters of Mercy in Athy.  She later did Midwifery training at St. Finbarr’s Hospital, Cork.  As a young nun she worked as a Nurse in St. Vincent’s Hospital, Athy which was then a ‘County Home’. Here she came in contact with the ‘men of the road’ who often came for a night’s lodgings. She was greatly moved by their struggles and came to realise that many were homeless because of addiction to alcohol.

She started Cuan Mhuire in 1966 in a room in the Convent of Mercy, Athy.  In 1972, the first purpose built Cuan Mhuire was developed by Sr. Consilio and the men she had helped, located on a 50 acre farm near Athy.

In 1977 a second Cuan Mhuire Centre was established in Bruree, Co. Limerick and later centres were opened in Newry, Coolarne, (Co. Galway) and a specialised service for women began in Cork.

In addition to the above treatment centres, Cuan Mhuire now has seven transition facilities throughout the country in Dublin, Monaghan, Galway, Limerick and Cork.

Cuan Mhuire’s distinctive and experientially-based programme is based on the belief that each human being has eternal value, is capable of wholeness in human and spiritual terms, and that there are no hopeless cases.  Cuan Mhuire recognises the innate goodness and giftedness of all who come through its doors.

Sr. Consilio has received numerous awards at home and abroad for her work, including: