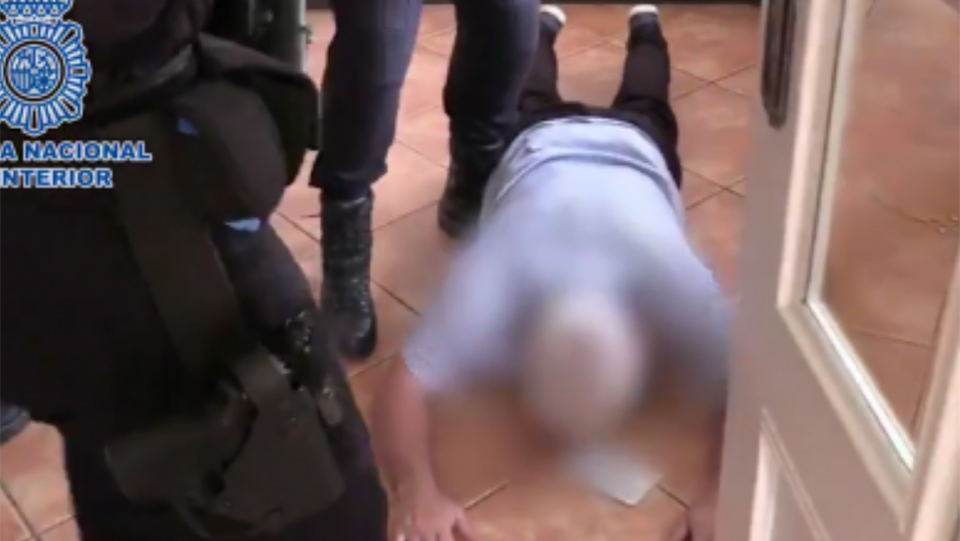 Spanish police have released footage of their arrest of notorious Dublin criminal John Gilligan in Alicante earlier this week.

The Policia National operation was conducted with the help of the UK’s National Crime Agency (NCA) and An Garda Síochána.

15,000 pills and 4kg of cannabis were found by police when they arrested Gilligan, his son and four others in connection with alleged arms and drug trafficking.

The footage shows police finding a revolver buried outside the house, which matches the make and model used to kill Veronica Guerin, but it remains highly unlikely that it was the same weapon used by Brian Meehan, an associate of Gilligan’s, in the high-profile 1996 murder.

Gilligan was found not guilty of Guerin’s murder in 2001, but was later sentenced to 28 years in prison for importing 20,000kg of cannabis worth an estimated £32m.

Upon his release in 2013, having served 17 years in jail, Gilligan then survived an assasination attempt at his brother’s home, when two masked men shot him in the leg, stomach and chest.

Gilligan was also arrested in 2018 at Belfast International Airport, when he carried €22,280 in his bag on a flight to Alicante. He was not convicted in court however, having denied intention to purchase and distribute drugs with the money.

In a statement following this week’s arrests, Spanish police said: “Those arrested, led by a well-known Irish criminal, were part of a violent group of drug and arms traffickers and specialised in sending illegal merchandise from Spain to the United Kingdom and Ireland through parcels.”