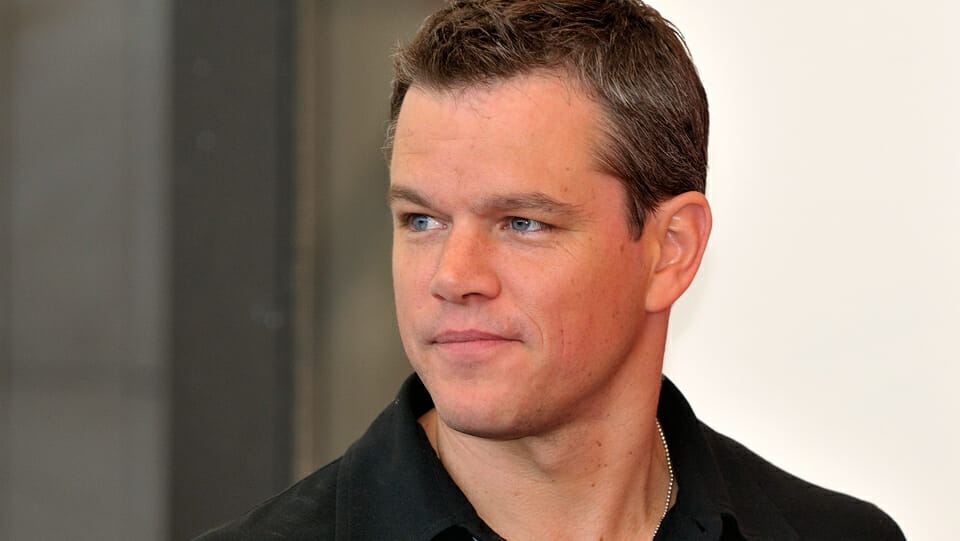 Matt Damon is a Hollywood actor probably best known for his role as Jason Bourne in the blockbuster series of action thrillers where a former CIA assassin (who actually seems like a really decent guy) impresses with his lethal skills and his ability to outwit a vast array of enemies.

Jason Bourne is bad-ass. There’s no doubt about that.

This week, Damon, who is on lockdown in Dalkey in south Dublin, gave an interview to Spin 103.8, where he said Ireland was beautiful and described an Taoiseach, Leo Varadkar’s response to the Covid-19 crisis as ‘bad-ass’.

Much as I hate to contradict the man who plays Jason Bourne, in this assessment he is wrong. But, which also sometimes happens in the movies, Damon is probably working off faulty information, especially if he is relying on the uncritical and unquestioning Irish media, or on a fawning article about Varadkar in the New York Times.

Varadkar is leading a caretaker government for the past 3 months. It’s worth pointing out that he’s never actually been elected Taoiseach – instead he assumed the position after winning a leadership contest mid-term in 2017. In the February 9th election this year, his party trailed in third with just under 21% of the vote.

It was a dismal result for Fine Gael, but they’re still in government (with several acting Ministers like Regina Doherty and Katherine Zappone having actually lost their seats) because the coronavirus effectively locked everything down, including government formation, as it paralysed the country for months. Sinn Féin, who squeaked past Fianna Fáil to become the biggest party in the Dáíl on 25%, must find it difficult to contain their frustration as they went from election winners to being completely irrelevant in the coronavirus panic.

So did Leo Varadkar leap into the fray, proving his bad-ass credentials by both leading the country in a successful battle against a deadly pandemic and also joining the medical fight against the virus on the hospital frontline as a medical doctor.

Lets look firstly at Varadkar’s principal role, which is to lead the country and make decisions which would save the maximum number of lives. There’s been nothing heroic about his record there I’m afraid, as the shocking number of deaths of older people in our care-homes will attest to.

In fact, as I previously wrote, an Taoiseach and his government made at least six fatal errors in dealing with the coronvirus – and they were all avoidable errors.

Not to worry. During all this Varadkar was busy delivering carefully scripted speeches and appearing on chat shows where he was handled with kid gloves, as he, and his government have been since the crisis began. Most of the Irish media have simply become mouthpieces for the regime.

Some of his set pieces though, were not just embarrassingly cringy, they also showed incredibly poor judgment, such as when Varadkar made a show of phoning the Chinese government to thank them for selling Ireland medical supplies – large amounts of which subsequently turned out to be faulty or sub-standard.

That caused a minor controversy, but, the very next day an Taoiseach announced that he was going back to work as a doctor for half a day a week during the pandemic. His intentions may have been honourable but the timing was mightily convenient and led to hundreds of national and international news pieces cheering on his brave efforts.

One of the newspapers who covered Varadkar with praise was the New York Times, who said “Dr. Varadkar, 41, is “winning praise for his energetic handling of the crisis.”

They claimed he “canceled St. Patrick’s Day festivities”, but didn’t add that it was a last-minute decision made in response to growing public anger. The assertion that Vardakar “oversaw an aggressive early testing program” is, sadly, untrue. The government still haven’t got testing sorted out, with repeated delays and failures causing targets to be repeatedly missed.  The piece also praised an Taoiseach for having a” firsthand grasp of the importance of masks, surgical gloves and gowns”. Try telling that to the desperate healthcare workers left without that protective equipment as they battled the virus.

Now, generally people love nothing better than a rich, famous and likeable celebrity praising Ireland. But the real bad-asses in all this have been the healthcare workers who often had to fight for equipment as well as work night and day to save lives, and the many thousands who became infected, fought covid-19 and won. They’re more like Jason Bourne than the leader of this hapless government which is still failing to show the imagination or the initiative required to get us out of this crisis.