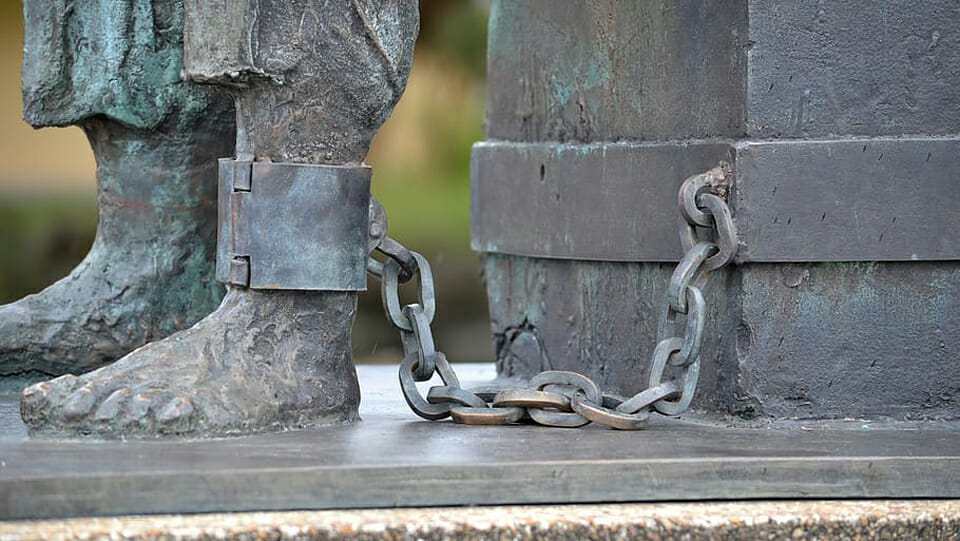 Given the woke left and Black Life Matters movement’s obsession with the architectural vestiges of the vile slave trade that was abolished in the 1800s in the west, you would imagine that they might be exercised by the existence of modern slavery.

It would appear not. Much easier to draw up lists of statues and street names of people who died 200 years ago than deal with the fact that slavery is a common practise in countries which are largely beyond the criticism of the left.

They of course include China which has slaves in prison camps, many of them like the Uighurs and others there solely due to their ethnicity, and yet China’s attack on the United States last week for its alleged racism was met with general approval or silence from the woke.

According to organisations like Walk Free, there are currently 40,000,000 slaves in the world. That is more than at any time in human history. Globally, some 25 million people are in forced labour, which means they are working against their will and under menace, while an additional 15 million people are enslaved in forced marriages.

Slavery is most prevalent in Africa where an estimated 9,000,000 people were in bondage in 2017, followed by Asia and the Pacific. Nigeria alone had over 800,000 slaves in 2014. It was estimated that 60% of prostitutes in Belgium and Italy were slaves trafficked from that country.

Among the worst offenders apart from Nigeria were African states like the Central African Republic, Congo, Sudan, Libya, Burundi and Mauritania. And it is not as though people in the west can claim that this has nothing to do with us. $200 billion of IT products are made by slaves. Slaves also produce over $120 billion in clothing each year.  Of those in slavery, over 70% are female, and 25% are children.

Are there leftie protests against the embassies and businesses of the countries which foster this abomination? Indeed there are not.

Nor is there any recognition of the fact that the abolition of slave trading and slave owning in the west – and the western democracies are virtually the only countries in the world that do not have slavery now – was in large part due to the opposition of the various Christian denominations. Many Islamic countries still have slavery and there is a significant theological support for slavery among some schools of Islam.

There had been Catholic opposition to slavery even at the height of the expansion of the Spanish empire but it was not universal. Pope Innocent XI supported the Capuchin missionaries in the 1680s who opposed slavery. Opposition became more general in later years and long before states themselves moved towards abolition.

Pope Benedict XIV condemned the practise in 1741 and Pius VII demanded of the European rulers at the 1815 Congress of Vienna that they suppress slavery wherever it existed. Opposition to slavery was also prevalent among the Catholic laity. Daniel O’Connell was an abolitionist and he and the Temperance priest Fr. Mathew collected tens of thousands of signatures in Ireland opposing American slavery.

Opposition to slavery was also led by the Quakers and Protestant denominations and the foremost British abolitionist William Wilberforce, responsible for the 1807 slavery act, was an evangelical Christian. So like much of the mythology of the left, the alleged white Christian support for slavery is similarly spurious.

Interestingly one of the most prominent left “anti racist” Democrats, Congresswoman Ilhan Omar is from Somalia, where not only does slavery still exist, but from where black Somalians have been sold into slavery abroad, including to Libya. Many are then trafficked as sex slaves by the migrant boats to Europe to the blind eyes of the open borders Care Bears. Omar herself is from the Majeerteen clan which became wealthy through the enslavement of black Oromo people.

None of the above of course comes in the way of the simplistic equation by Omar and others of “whiteness” with racism and slavery. Nor encourages them to take a similar stand in support of the tens of millions who are slaves today.

Covid lockdowns: are we too used to doing what we are told?

Don’t be a technocrat