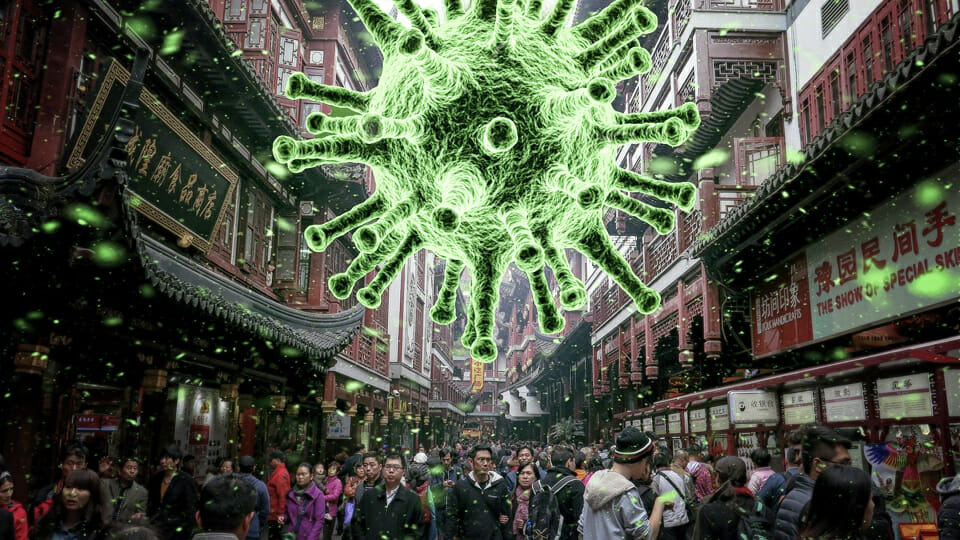 A report on Sky News Australia last night has added another dimension to the debate over the origins of the Covid-19 panic. This follows the claim which Gript covered last week that the virus had been artificially created in a laboratory in Wuhan, and then escaped into the general population.

None of this implies that there was malevolent intent on the part of the Chinese, but the document which was discussed by awarding winning investigative journalist Sherri Markson sheds a very disturbing insight into how leading Chinese military scientists and their political bosses regard the whole nature of such viruses and their potential.

Markson was referring to a book published in 2015 under the auspices of the Chinsese Ministry of Health entitled The Unnatural Origins of SARS: A New Species of Man Made Viruses and Biogenetic Weapons.  Among the key authors of the document were Lee Feng, former Deputy Director of the Bureau of Epidemic Prevention, and Xu Dezhong, who was in charge of research into the outbreak of SARS 1 in 2003.

That outbreak caused considerable disruption in China and proved to be a major strain on what is – despite the propaganda – an inadequate health service, especially outside of the main shop window cities which westerners see.

What is most interesting is the conclusion in the book, as outlined in the report, that SARS 1 had been deliberately unleashed on China by what it terms “terrorist” forces, but with the implied collaboration of unnamed foreign entities.

Not only that, but Xu Dezhong discusses on the basis of this unproven belief, how such viruses could be weaponised and best used to attack an enemy state, of which the Chinese Communist Party has quite a few including their neighbours in India and Taiwan.

Far from being the product of maverick conspiracy theorists, the authors of the report were leading state officials who regularly briefed the Communist Party leadership on their understanding of the origins and meaning of the SARS outbreak. As Markson points out, their protegees are now prominent within the health ministry, universities and Peoples Liberation Army.

The possibility of being able to create and store “biological agents and aerolise them during attacks” is the problem that must be solved by the armed forces. There are references to the best times to release such viruses, preferably in dry weather at dawn as “intense sunlight can damage pathogens.”

The impact of such an attack would include the creation of mass panic causing the enemy’s “medical system to collapse.” The target would be the civilian population who would suffer not only in terms of deaths but through other “indirect consequences.”

“Biological weapons will not only cause widespread morbidity and mass casualties but also induce formidable psychological pressure that could affect combat effectiveness.”

In military terms, that is the objective of all regimes which desire to achieve their ends without having to actually fight a physical war. Or if they do, that they will be facing an adversary already defeated in their own minds. Hitler was the master of such tactics from 1938 to 1940.

And while all wars lead to massive upheavals and have consequences that endure long afterwards, a biological attack would bring with an even greater fear that would last for a “considerable period of time after an attack.”

The creation of such a state of permanent fear is of course the foundation of all totalitarian states. The Chinese Communist Party has already succeeded in forcing the people under its direct control into such an abject state. Anyone who doubts that it desires to extend that beyond its borders does not understand the nature of the current Xi leadership.

The evidence does not show that Covid was developed as a weapon. What it does suggest, however, is that the Chinese state has had an ambivalent attitude to these viruses for quite some time. It is hard to imagine that the pandemic, and the global turmoil it has unleashed, will make them change their thinking. The rest of us must be very vigilant

The Wuhan laboratory, the Party line, and the evidence