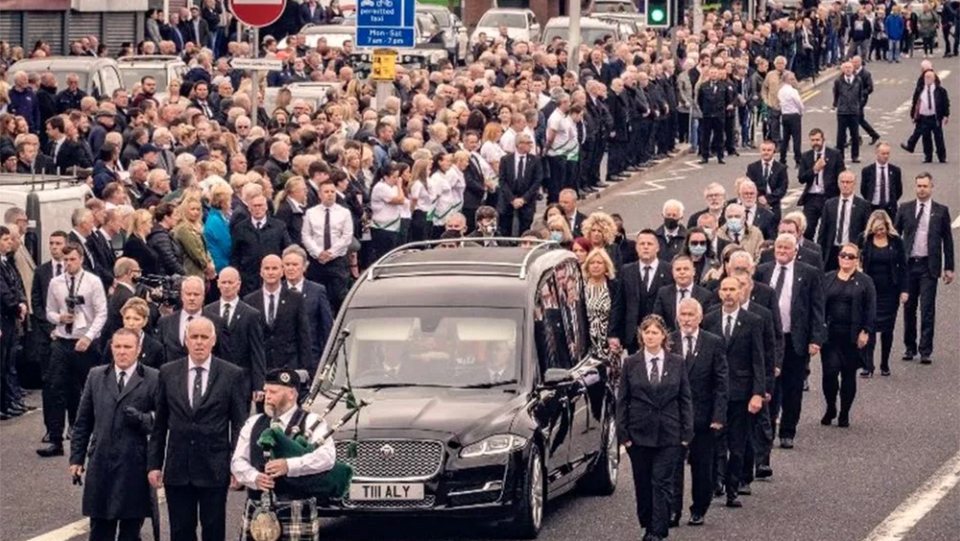 The PSNI are to interview a number of Sinn Féin politicians over their attendance at the funeral of Bobby Storey in June, where party members are accused of having breached public health regulations at the time.

The party has confirmed that certain elected representatives “received letters from the police this morning asking them to present for voluntary interview.”

“They will contact the police and co-operate with the investigation,” a spokesperson confirmed.

Police say an “initial” number of letters have been issued, raising the prospect of more members being drawn into the investigation. Each recipient has 14 days to respond.

“Today an initial number of letters were issued to individuals who were identified as having been present on 30th June in potential breach of the Health Protection Regulations,” the police statement read.

“The letters are inviting these individuals to participate in a voluntary interview with investigating officers at a local police station.”

“Upon receipt of a letter individuals will have fourteen days to respond should they wish to take part in an interview.

The west Belfast funeral was attended by Deputy First Minister Michelle O’Neill and Finance Minister Conor Murphy, along with senior politicians from south of the border including Mary Lou McDonald and Pearse Doherty. Hundreds of mourners lined Andersonstown Road as the cortege passed.

Mr Storey, a former IRA leader, died at the age of 64 following an unsuccessful lung transplant. Shortly after his funeral, Stormont’s health minister Robin Swann said he was concerned about a possible “breakdown” in social distancing at the service.

“I have concerns in regards to a breakdown, or people failing to observe the guidance that the Executive has given collectively over the past 14 weeks,” he told reporters at the time.

“There’s no person, there’s no point of privilege that puts anyone above the guidance,” he said.

Northern Ireland’s Justice Minister and Alliance Party leader Naomi Long said “many families have endured burying a loved one alone, to help save lives.When others ignore the rules, that compounds their hurt and pain. And when those who make the rules break the rules, it is more hurtful still for all who make huge sacrifices to obey the regulations”.