There has been a lot of anger from pro-choice activists this morning in relation to this new leaflet from Aontú. Downs Syndrome and abortion is an emotive subject, as citizens of the republic learned last year. Now Aontú is putting it front and centre of the ongoing debate in Northern Ireland.

Debate, actually, is the wrong word. There is no debate in Northern Ireland of any significance, because the decision has already been taken by Westminster. All that pro-choice politicians have to do is avoid doing their jobs and returning to Stormont for another week or two, and it will be a done deal. Of all the objectively dodgy things that the current Parliament in Westminster has done, providing Northern Irish politicians with a positive reason not to talk to each other, or to represent their constituents, is surely close to the top of the list.

Not, of course, that pro-choice campaigners will care. We live in an era where the outcome matters much more than the process, and, let’s face it, if the shoe were on the other foot, few pro-lifers would be demanding the return of Stormont to legislate against their interests. It’s all very depressing, and says much, and nothing good, about human nature.

As to the facts of the leaflet that’s causing all the controversy, well: It’s indisputably true, isn’t it?

The UK, whose abortion laws will shortly be applied to Northern Ireland, has an objectively abominable record of aborting children with Downs Syndrome. So much so, in fact, that just the other day a British woman won compensation from a UK court because she was not told her son had Downs Syndrome, and so, was denied the chance to abort him:

“A MUM who said she would’ve aborted her son if she’d known he had Down’s Syndrome has won a huge NHS pay-out.

Edyta Mordel, 33, was devastated when son Aleksander was born with the condition and “would not have wanted her child to suffer the way that disabled people suffer”.

Since giving birth at the Royal Berkshire Hospital in 2015, Edyta has devoted herself to caring for him, but claimed she would have ended the pregnancy if antenatal screening had been conducted to show that her son had Down’s Syndrome.

At the High Court today, Mr Justice Jay ruled against the Royal Berkshire Hospital NHS Trust and awarded Ms Mordel compensation which could amount to £200,000.”

It is well known that objective thinking is banned in the abortion debate, but on the off-chance anybody who is pro-choice is reading this, they should stop for a moment and think about how rulings like that one change the incentives for hospitals and maternal medicine providers. No doctor is going to want to risk being on the wrong end of a massive compensation pay-out, and so every effort will be made in cases of Downs Syndrome to remind the mother that she has the option of abortion.

No less an organ than the Journal.ie, Ireland’s most committed pro-choice publication, was forced to admit last year during Ireland’s referendum* that yes, nine in ten babies in the UK who are diagnosed with Downs Syndrome are aborted:

There were 1,188 that were diagnosed prenatally. Out of this, 942 pregnancies were terminated; there were 63 live births; 37 still births/miscarriage; and 195 with an ‘unknown outcome’.

One of the reasons for that, of course, is rulings like the horror show above.

This is the abortion law, and the associated culture, that will be imported from the UK into Northern Ireland in a matter of weeks. Like it or not, the Aontu leaflet is 100% accurate.

The more pertinent question here, and one that never seems to be asked, is why Sinn Fein is so supportive of an abortion policy that is not only, in the first instance, British, but more importantly is completely at odds with the Party’s own policy on the abortion issue. You will recall, if you are somebody who followed last years debate in Ireland, that Sinn Fein had to make a significant song and dance about changing its own party policy in order to facilitate its campaign for a Yes vote in the Republic:

“Sinn Féin delegates have voted to change the party’s position on abortion at a conference in Belfast.

Members comprehensively backed a leadership motion stating that women should have access to abortions within “a limited gestational period”.

The party can now support a law due to be brought before the Irish parliament, which is expected to allow abortions within the first 12 weeks of pregnancy.

More than 20 Sinn Féin branches had called for a free conscience vote.”

A “limited gestational period” is admittedly vague, but it is clear at least that there should be some limit. The law about to be introduced in Northern Ireland, as it applies to unborn children with Downs Syndrome, has no gestational limit to it whatsoever. If you find out two weeks before your due date, and are also an absolute monster, you can have the child done away with perfectly legally. That’s totally at odds with the stated position of the party that proclaims its purpose to be protecting Irish children from the malignancy of the British.

They deserve to be absolutely hammered for it, but, as nearly every journalist in the country is a fully paid-up member of the pro-choice campaign, they’ll get away with it, and the villains will be those who pointed out the uncomfortable truth.

*Disclaimer: The author was a spokesman for the pro-life side in the Irish referendum referred to in this piece. 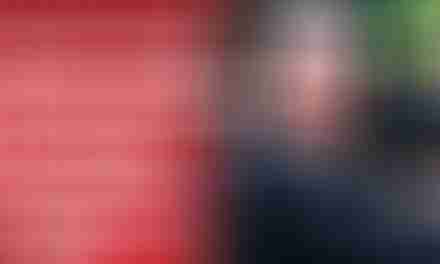 ‘It’s a viral video but the message is serious’: Ben Gilroy talks to Gript News as his European election video goes viral 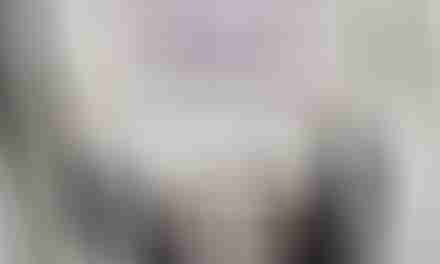