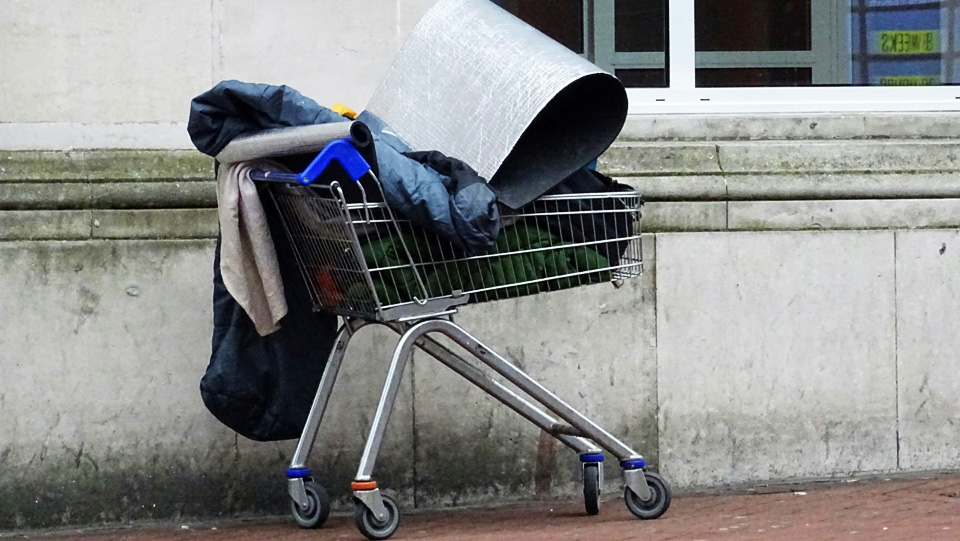 The most unforgettable line of the timeless 1939 classic ‘Gone With The Wind’ is the last words of Clark Gable’s character Rhett Butler. In the final few scenes of the movie, Vivien Leigh’s character Scarlett O’Hara – in desperation – asks Rhett “Where shall I go? What shall I do?” He coolly responds “Frankly, my dear, I do not give a damn.”

Fast forward to present day Ireland, the homeless of our country are Scarlett O’Hara and Eoghan Murphy is Rhett Butler – not giving a damn.

As reported by the Simon Community, in April of this year, there were nearly 130 people sleeping rough in Dublin (there is no nationwide count), and there are presently 1’721 families in emergency accommodation nationwide.

In charge of this increase of people being turfed onto the streets, is Minister Eoghan Murphy. When Murphy took over the Ministry for Housing in June 2017, there were 7’941 homeless people. Since that time, Minister Murphy has been proud to announce that the war-chest to tackle housing has increased to 1.9 billion – up 46% from the previous budget. A further 116 million has been specifically allocated to support homeless persons.

So that means over 2 billion euros in taxpayer money had been allocated in the 2018 budget to address the current crisis. This follows on from 1.3 billion being set aside in the 2017 budget to tackle the issue.

The result? Minister Murphy has succeeded in adding close to another 3’000 men, women and children to the numbers of Ireland’s most vulnerable.

Whether you believe the solution lies in government or the free market, the simple, bi-partisan truth of the matter is that Eoghan Murphy has shown himself unable – or unwilling – to positively affect the current situation. This is notwithstanding the 3.3 billion he has had at his disposal. There hasn’t even been a slight improvement, only record decline! This is without even getting into the debacle of today’s housing market, or the false hope that is rent control.

Quite frankly, the man doesn’t want the role and is merely waiting for another post to become available. From Murphy, to Harris, to Doherty, to Varadkar, this is a government flush with Ministers who care for self-preservation and media adulation rather than doing their jobs.

The very strategy of the Ministry for Housing is predicated upon buzz words – “rent control”, “affordable housing initiatives”, and “single-occupancy bed spaces.” Quick and easy to recite and defend, and measures which on their face no one would oppose. Minister Murphy can quite confidently say he was the Minister who implemented “rent control” and created “affordable housing initiatives.” Yet the effect or failure to turn the tide are not discussed.

For example, €500 million has been earmarked for the 50’000 on social housing waiting lists. Great, but why is the government in the business of building houses? Government isn’t meant to build houses. Rather, government must ensure there is an adequate supply of houses.

Through a few simple measures, FG could simultaneously solve the crisis and return to their principles:

(1). From the Peter McVerry Trust, to Focus Ireland, to the Simon Community, homeless charities have proven the most effective in providing relief and resources to those on our streets. Rather than lose money through bureaucracy, why not send funding directly to the frontlines to get people into shelters and off the streets?

(2). Give tax cuts to property developers and enforce building regulations. No government program or any amount of funding is going to solve the problem. The only sustainable solution is to ensure a minimum amount of properties are built each year to ensure a surplus. This will have the added effect of driving down rent and, if building regulations are properly enforced, a steady stream of new, quality properties on the market.

(3). In the short term, what is to be done? Well, when in New York, when $12.9 million had been wasted in trying to renovate the legendary Wollman Rink by city authorities, the city turned to the private sector. Within 6 months, the project was completed $750’000 under budget and 2 months ahead of schedule. To make up the housing deficit, the government must open a proper bidding process (not one where the Minister’s best friend from school gets the gig) and allow the private sector to compete to best eradicate the deficit.

(4). Stop making the country Dublin-centric. All roads point to Dublin at the moment. This has made our nation’s capital unaffordable to so many – those on the streets, and those soon to be. 70% of Ireland’s homeless are in Dublin. Invariably percentages for capital will be higher than the rest of the country, but not to this extent. Ensuring choice in where you work can make all the difference between affording your living and being evicted for defaulting on your rental payments.

We wait with bated breath to see whether this government will be converted to workable solutions, as opposed to catchphrase policies…

One of the things you’ll often hear from FG politicians and members is the much-uttered line “the country is better with Fine Gael in government.” That used to be true, and I do hope and pray it will be true once more. Presently though, that is no longer true… One only need look to the streets of our cities.

Stay and Spend: Dining out on the disabled, elderly and unemployed?