Simon Harris was warned babies would be born alive after abortion in Ireland. He refused an amendment to help them. 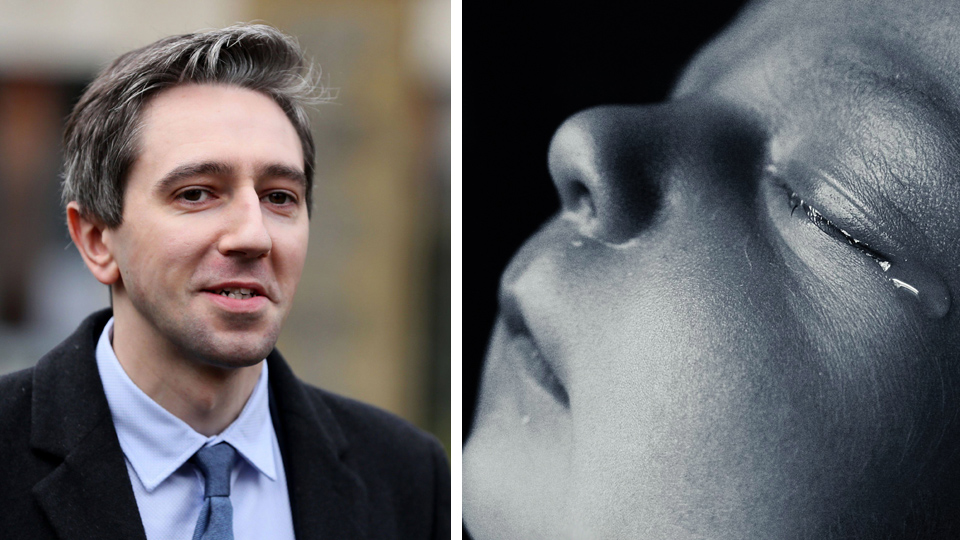 This week, we learned that doctors in Ireland describe the late-term abortions being carried out in Irish maternity hospitals as “stabbing a baby in the heart”.

The study observing  some of what is happening in regard to these abortions is every bit as shocking, disturbing and as heart-breaking as you’d imagine.  But there was worse to come. The paper, by three Irish medics affiliated to UCC, also revealed that doctors were left “begging people to help” in providing care for babies “born alive” after late-term abortion.

This is absolutely horrifying – and we were all told by repeal campaigners, and then Minister for Health Simon Harris, that it would never happen.   Indeed, it is a matter of record that on Wednesday, 7 Nov 2018, during Committee Stage debate on the 2018 abortion Bill, Harris flatly rejected amendment 98 which specifically sought to guarantee protections for any infant born alive after an abortion.

Watch these excerpts from that debate as pro-life TDs explain that the amendment merely sought to ensure that babies who survive abortion would be entitled to care – that they would not be left to die without palliative care which would relieve any suffering or distress.

Observe the sneering, contemptuous response from the then Minister for Health, and his strident refusal to even countenance this measure guaranteeing a modicum of humanity towards the tiny human beings whose lives the law no longer protected. He has all the swagger of a man who believes that the repeal vote gave him the right to disparage and dismiss concerns for preborn children  – but most Yes voters will horrified to learn what his refusal of that amendment has led to.

In rubbishing the obviously genuine and well-founded concerns of the pro-life TDs, Harris made this claim which has now been shown to be untrue: “the Deputy is asking whether a child born in a maternity hospital regardless of the circumstances in which he or she came into the world will be looked after by our medical professionals and receive all of the medical support  and treatment that is appropriate and, yes, he or she will.”

The UCC study has categorically shown this not to be true. Indeed, the direct opposite is happening. And the pro-life TDs have now been utterly vindicated in raising the lack of clarity. The UCC study shows that doctors are left “begging” for help for babies born after late-term abortion. Yet Harris’s response at the time was to sneer at those who warned it would happen.

It is worth recalling the amendment in its entirety:

How could anyone object to this amendment, let alone attack those who proposed it?

In fact we now know, thanks to the UCC study that it is precisely the “circumstances in which he or she came into the world, “ that will determine if a child will be cared for at all, or in the ‘best case scenario’, only after a disgraceful degree of infighting between fetal medical specialists and neonatologists.

This outcome is the stark and terrifying difference between the rhetoric of an uninformed, abortion supporting minister, and the reality of how abortion ‘services’ operate in the real world.

Simon Harris’s assurances therefore that “all of the medical support and treatment that is appropriate” will be given to babies born alive are now shown for they were and are; utterly worthless. Harris also rejected the protection of infants born alive amendment on the grounds that it was not his place to tell doctors how they should care for babies.

His categoric assurance to pro-life TDs that medics had all the certainty they needed when it came to the humane treatment of such babies has not aged well:

“Let me be clear: I have not come across one doctor working in our maternity services who seeks this clarity, because they already have it. They care for newborn babies every day they go to work regardless of the circumstances.”

If such bright shining clarity was in fact available, we would not be reading now about the unseemly infighting between medics on the issue of who is ‘responsible’ for the care of these tragic babies.  To reiterate, if they had such ‘clarity’ there would be no debates. Only care would follow. This is not what is happening.

To even suggest that such infighting could occur, was enough, according to Simon Harris, to constitute an insult on the entire medical profession:

“our doctors care for every life born in a hospital. The Deputy asked me a question, which I answered and which I am now answering a second time. Many medics appeared before committee meetings in advance of the referendum outlining why the constitutional change was needed and how much they care for all babies born in their hospitals. To suggest they do not care, therefore, is a slur on our medical profession.”

We would respectfully suggest that it has been the introduction of abortion without gestational limits and the legalisation of foeticide that constitutes the real ‘slur’ against the medical profession.

It was a slur built upon false promises and hollow guarantees of protections that never materialised, and at the heart of it all was the combative arrogance of a health minister whose words should now come back to haunt him.

How long will the new normal last? Or do we need common sense to prevail?