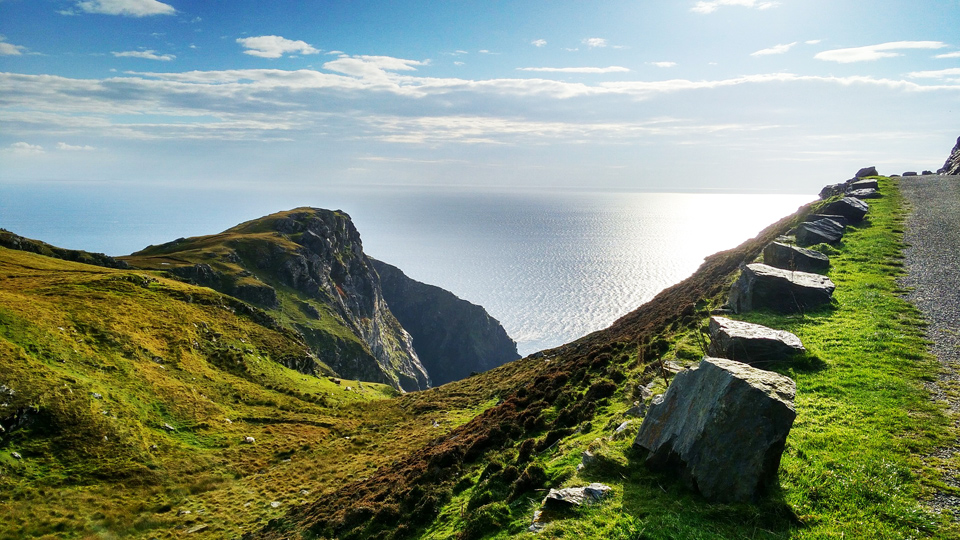 During an otherwise sleepy Thursday afternoon Dail debate on the 2021 Commencement Order for the Dumping at Sea Act 1996, several rather explosive pieces of information were put on the public record.

It was by no means original information mind, given that the issues involved have been thrown backwards and forwards since Brian Lenihan Snr was Minister for Foreign Affairs back in 1987.

It did however appear to pique the interest of the Minister taking the debate, Darragh O’Brien, who seemed to be both bewildered and incredulous as the statements were put to him.

Here is what was said:

“At the end of the Second World War, in Britain alone there was in excess of 1.2 million tonnes of surplus ammunition and bombs. The disposal method adopted by the British at the time was to dump it at sea. Unfortunately, we are aware of a number of these dumps off the coast of Donegal. In 2010, an OSPAR report stated that there were five separate dumps off the coast of Donegal, each with dangerous and potentially lethal substances such as mustard gas and phosphorous. The report states that the true extent of the dumps and the danger they pose is unknown.”

OSPAR by the way refers to the Oslo Paris Conventions signed in 1972 and 1974 that were then updated in 1992. It is the mechanism by which 15 Governments & the EU cooperate to protect the marine environment of the North-East Atlantic.

As mentioned above this is not new information. In fact, back in November 1995 when the Dáil was debating the Dumping at Sea Bill for the first time the Donegal South-West TD Dinny McGinley informed the House that he had received a number of letters from different Ministers during the previous ten to 12 years; one of which was from the then Minister for Foreign Affairs Brian Lenihan Snr.

Apparently the British authorities had told Minister Lenihan that the disposal of weapons in Irish waters included weapons captured from the Germans at the end of the Second World War as well as British stocks and consisted of nerve agent GA (“Tabun”) mustard gas, phosgene and bromobenzyl cyanide (BBC) and the dumping was carried out at depths ranging from 2,700 feet to 8,000 feet.

Unfortunately, however, nothing was effectively done with this information by then Minister Lenihan. This is despite the fact that during the course of that same 1995 Dáil debate, Deputy Peadar Clohessy had referred to the fact that the below the Beaufort Dyke mainly between Northern Ireland, along the Down-Antrim coast at Larne, and Stranraer, along the Scottish coast and the north-west of England there was the largest undersea arms dump in Europe.

To this day nothing appears to have been done about any of this even though there have been repeated attempts by Donegal County Council to have the matter dealt with at departmental level.

In fact, it was also pointed out by Deputy Pearse Doherty during Thursdays debate that former Minister Hugh Coveney had informed the House in the mid 1990’s that “a report would be published in respect of the issue by the year 2000 and that this would contain comprehensive analysis.” He also said he had raised the matter with former Minister for the Environment Alan Kelly, all to no avail.

Pearse Doherty also claimed however that the 2010 OSPAR Report states that “the true extent of the dumps and the danger they pose is unknown.”

This is not entirely correct. For while the Report did accept that there are concerns over the many chemicals used in the munitions, which may be released as the munitions degrade with the possibility of risks for the marine food chain, “there is no evidence of this in the OSPAR area at present.”

The data that was available to OSPAR actually indicated little or no contamination of fish, shellfish or sediments near the dumpsites:

“A study at the Beaufort’s Dyke dumpsite in the Irish Sea (Region III) in 1996 found no evidence of chemicals from conventional and chemical warfare agents in sediments, fish or shellfish. Levels of naturally occurring metals used in munitions, such as arsenic and heavy metals, were within the range expected around the UK.”

The Report also made the salient point that Belgian studies had shown that contamination of sediment with mustard gas from a Second World War shell is limited to 3 cm from the shell and that explosion of munitions “may be a greater environmental concern both through release of hazardous substances and the impacts of noise.”

So, while the thought of over a million tonnes of weapons out in the Irish sea floor may be a terrifying thought, there is little in the way of evidence to suggest that getting rid of them would make the situation any better.

Politicians claim sympathy for Charlie Hebdo, but would have jailed them for hate speech

Coronavirus: Did New York win the race to herd immunity?