Short a pressie? One amazing Dublin man with Downs is selling the best socks ever. 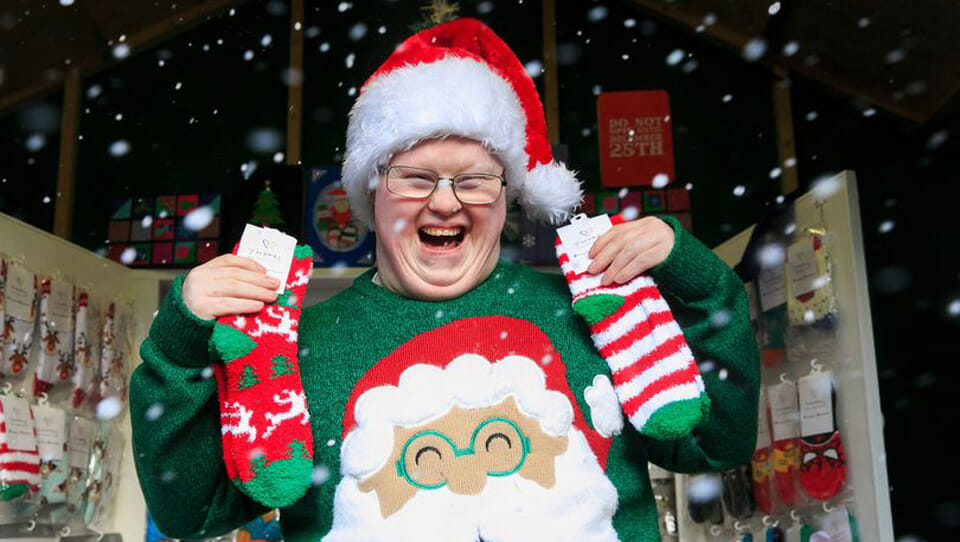 If you’re short a present or two for Christmas then Thomas Barry has just what you need.

The 34-year old from Tallaght is the owner of Thomas’s Trendy Socks, and his stall at the Dún Laoghaire Christmas Market is attracting a lot of attention this year.

Thomas has Down Syndrome and other serious illnesses including a heart murmur and an under-active thyroid. However, his Dad Finbar says that’s never stopped Thomas from achieving his dream of owing his own business – and with the help of his family he’s built up a loyal following pf people who like to give and wear funky socks.

Dublin Live reports that the company was inspired by Thomas’s love of socks and his wish for his son to have a career to call his own.

“I looked at options over the years in the hope to provide some way for Thomas to feel like he can have a job just like everybody else (bearing in mind his disabilities) and the answer was staring me in the face,” said Dad Finbar.

Check out Thomas’s stall at this year’s market, which runs every weekend until the 23rd of December opposite the Library – the Lexicon – from 11am to 7pm.

Eamon Ryan: When I’m in charge, it will be one car per ten families