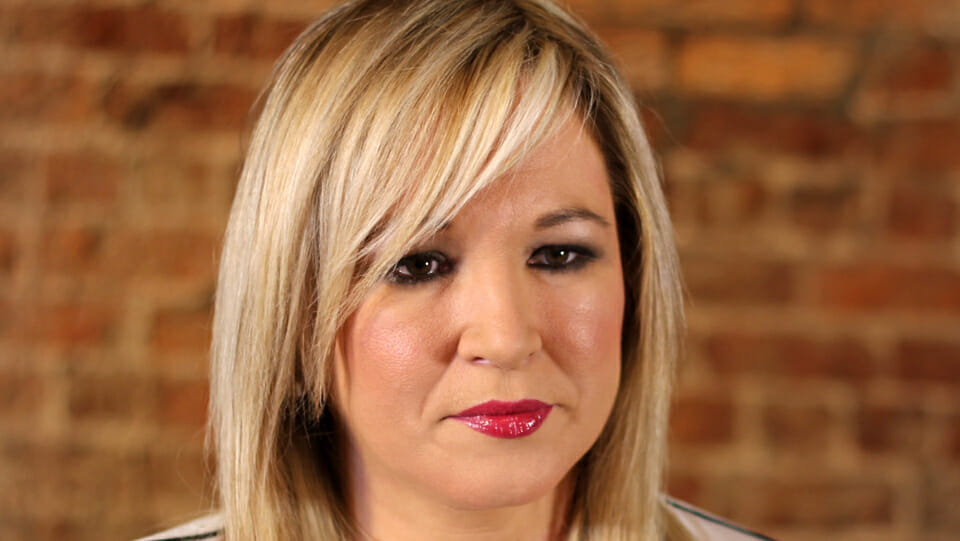 At the 1934 congress of the All Union Communist Party (Bolshevik) up to 300 of the 1,200 delegates cast negative votes for Stalin in the election for the Central Committee. So paranoid and irate was Stalin that he had the offending delegates hunted down and murdered. Indeed, the majority of the delegates lost their lives during the ensuing purges.

One of the first unofficial victims was most likely Sergei Kirov, the Leningrad party boss who only received three negative votes. Stalin not only probably ordered the murder, but used it as the pretext for initiating the Great Terror that destroyed millions of lives. A cautionary tale for those who challenge totalitarian party leaderships. Kirov did have the consolation of having the Leningrad ballet company named in his honour

This weekend, Sinn Féin held its annual Ard Fheis. The centrepiece was a rather bizarre contest for the deputy leadership of the party. Former Stormont Education Minister, John O’Dowd, had challenged Michelle O’Neill. But while his announcement in September received a lot of attention, with speculation that it was part of internal heave against the McDonald/O’Neill axis on the back of poor election results, it turned out to be a damp squib.

Not only did the appartchiks move quickly to let O’Dowd know that they were not best pleased, but he and his supporters were told that they would not be allowed mount a campaign in his support. The expectation that others on the “left” of the party like Ó Bróin might throw their weight behind him did not materialise. There are no Rosa Parks left on the Shinner bus.

In any event, the notion that O’Dowd is some kind of leftist iconoclast is derisory. He was not only one of the most enthusiastic allies of the DUP over ten years in the Stormont Executive, but seemed almost to revel in telling teachers unions that the Tory cuts he implemented were necessary.  He told one INTO delegation that “placards would not defeat austerity”, a rather bizarre formulation for a so-called radical republican.

Be that as it may, the unelected “core group” in Sinn Féin – who did not have to undergo the indignity of having to be elected to the Ard Comhairle as they just perpetually reappoint themselves – decided to use the challenge to put O’Dowd and other would be dissenters back into their box.

Not only were there no speeches from either of the candidates or supporting delegates on the election, but the voting was secret with just the result announced, but with no figures. How bad this looks for a party feigning to be democratic and republican seems to be lost on them.

They are so far down the road of “democratic centralism” that their snowflakery about perceived unfairness and injustice and lack of democracy outside their own party grows ever more absurd alongside an internal party culture that makes the Workers Party of North Korea look like the organising committee for the under-7s camogie.

The actual Ard Fheis was stage-managed to be as dull as it is possible to make such events, which is an achievement in itself.

Having largely purged the party of dissenters on issues like abortion and entering a coalition with Fine Gael or Fianna Fáil for which they are shamelessly gagging, the Clár was a dirge of inanity, punctuated by the usual virtue signalling on gestural stuff that will never require them to do anything other than stamp their feet and scream and scream and scream like Violet Elizabeth.

It is hard going. A lot of it is unobjectionable stuff that all parties promise when in opposition and generally compromise on when in coalition, which, let’s face it, is now the height of Sinn Féin ambition, north or south. That trumps any amount of promises. As does their appalling record on Dublin City Council and other local authorities north and south.

Like all liberals, what they love the most is a good bout of virtue signalling and sanctimonious gestures. There were several motions opposing coalition as a minority party and called for “full throated” socialist policies, but the core group laugh at that sort of thing. The sheep will do as bid when they are told to, just as they have done on Stormont, abortion, and all the rest.

I won’t embarrass the authors of some of the climate change motions by quoting them. Face palm. The Ard Comhairle had a number of motions in support of FARC,  the corrupt and calamitous Chavistas, and of course commending the Castro gang on 60 years of murder, torture, and closed borders.

It is okay to pose as left when it is faraway places. The real game here is for them to position themselves to be part of a coalition in the south. They don’t care with whom; they don’t care how many seats they will have, and like Marx, Groucho that is, if the parties they are stalking do not like their principles, well they can get different ones.

Let’s hope there is never a dance ensemble named after O’Dowd.

Another Australian state on the verge of legalising euthanasia