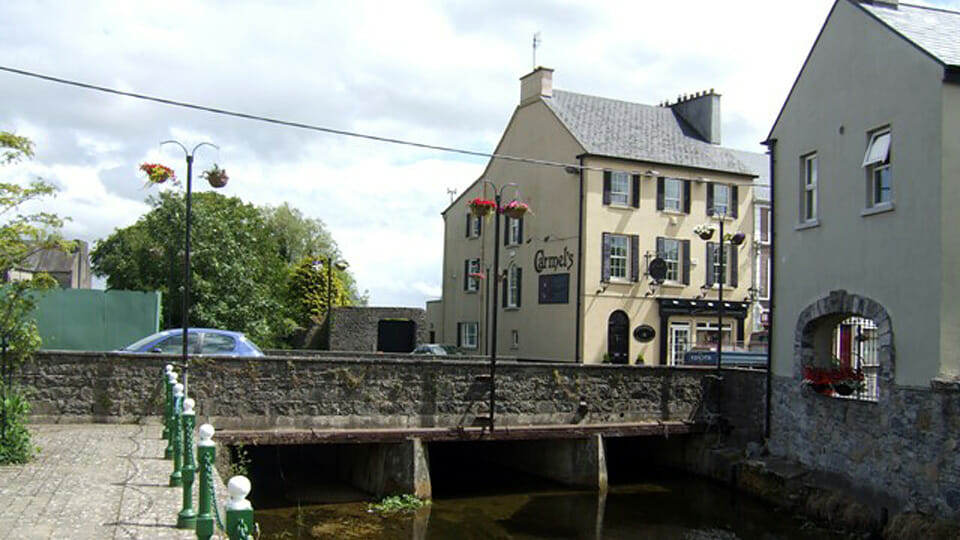 300 people packed a meeting in Borrisokane in north Tipperary last night to hear that accommodation for 84 migrants and asylum seekers was being made available in the town under a “done deal”.

Residents and local representatives at the meeting were critical of the “secrecy” surrounding the move by the Department of Justice, who had not consulted with or informed locals about the changes until Monday when contracts had been signed just days before the centre was due to open.

Just 700 people live in town according to local councillor Martin O’Meara, who said the town was already under-resourced. “If you ask any town to increase its population by 15% overnight, they’d be apprehensive about it,” he said.

Councillor O’Meara told RTÉ’s Drivetime that medical services would be stretched in the town and that Borrisokane already had 50 people on social housing lists. He proposed that the centre should not go ahead in the present format.

Tipperary TD Mattie McGrath said that it was now clear that the a deliberate policy of “non-engagement” was the Department’s new policy on direct provision.

“It is now absolutely clear from the experience of communities across the state, that a conscious and deliberate policy of non-engagement with locals has become the departments de facto position on direct provision. This, more than anything else, will emerge as the primary motivator of peoples fears and concerns. Communities have a right to have their concerns addressed prior to, and not after the fact. It is appalling to witness the disregard for communities that the Dept is encouraging,” he told Gript News.

Locals at the meeting said the description of the new accommodation as an “independent living centre” was farcical.

“Its a centre that you’re directly provided for in,” said one man, according to Tipp FM

Cllr Joe Hannigan addressing a packed hall in Borrisokane this evening to address the arrival of 16 asylum seeking families in the town in the coming days. Cllrs Ger Darcy and Michael O'Meara joining him at the top table. pic.twitter.com/a0s60gBRIx

Others worried that the town would not be able to support the sudden imposition of a large group of new people. “I feel that we’re missing the bigger picture,” one man remarked according to Tipp FM. “I see people in Borrisokane who need special needs assistants and can’t get support for them – yet these people coming in will have supports handed to them.”

Local councillor Ger Darcy said he was angry at how the situation had been handled. “I’m extremely angry that we all have to be here today. I’m angered at the way the Department of Justice handled the situation. I’m worried about how this will play out,” he told the meeting.

Others said that the secrecy surrounding the decision was leading to fear.

“The reason we have people in this room tonight is the fear. It could be real or unjustified, but there’s a fear here. We’ve a basic right to know who’s coming to our town and where they’re coming from. We don’t know who these people are and we’re afraid. It’s not that we don’t want them, it’s that we want to know who they are. Once we know who they are, they’re more than welcome” one local said at the packed meeting.

Five local representatives, Cllrs Michael O’Meara, Joe Hannigan, Seamie Morris,  Ger Darcy, and Hughie McGrath chaired the meeting. They said they had not been informed about the new arrivals until Monday and that the Department of Justice cited “data protection concerns” for the secrecy.

Cllr Hughie McGrath accused the Department of Justice officials who met with local Councillors as being “totally disinterested”.

‘We can’t go to funerals, but they can have a march?’ Anger on social media at Dublin protest which ignored social distancing