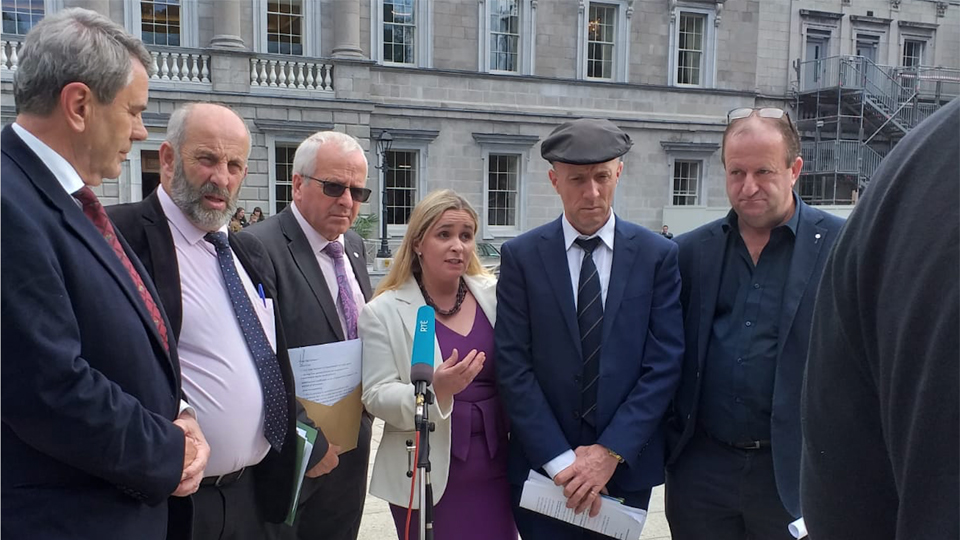 TDs in the Rural Independents Group will see their motion supporting the Agri-Foods sector pass through the Dáil this evening, after the government decided at this mornings Cabinet meeting not to oppose it.

The group said that “major disruption to Agri-Food sector could have been minimised or avoided,” and challenged the government on its role in the destabilisation of the sector over the last number of years.

They said the government needed to recognise Agri-Food as a key economic driver of rural development.
“Our motion is an attempt to highlight the fact that for the eight years that Fine Gael has been in power, practically nothing has been done to advance key commitments that were made in the Programme for Government.
“One such commitment aimed toward the introduction of a framework for Producer Organisations (POs) and the development of POs in the beef sector, to ensure farmers are not just price takers.

“This was described as a ‘key priority’ for Fine Gael. Yet the reality is, and as the recent beef crisis has made manifestly clear, this has not happened; with disastrous results,” they claimed.

The Group, which includes Tipperary TD Mattie McGrath, Michael Collins of Cork North West, and Offaly TD Carol Nolan, said “If a more sustained and concerted attempts were made to shift the balance of power between farmers and processors, then the protracted nature of the recent dispute might have been avoided.”
They asserted that the beef sector is a key driver of in the overall economic growth of the agri-food sector, and described the disputes as “years of inaction and a failure to support the introduction of equitable practice coming home to roost.”

“The responsibility for that has to be firmly placed at the door of the present government,” the TDs claimed.
The motion asks the government to renew commitments provided for in the Charter for Rural Ireland which outlined a vision of a ‘dynamic, adaptable and outward looking multi-sectoral economy supporting vibrant, resilient and diverse communities.