Roger Scruton, the battle of ideas, and why the left has only contempt for those it claims to wish to save 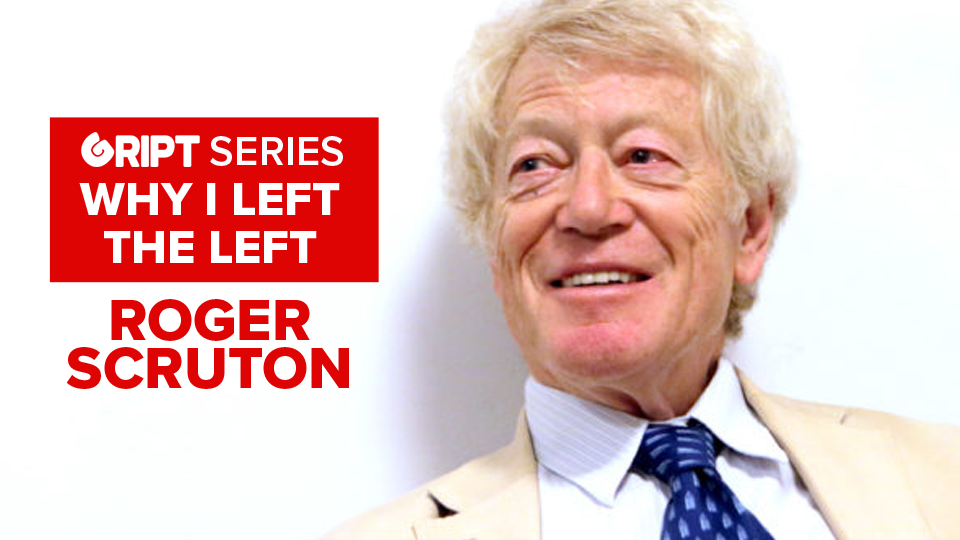 There is a very interesting discussion  between Peter Robinson of the Hoover Institution and Roger Scruton on You Tube.

In these times of Manichean witch hunts against anyone who does not sign up to a narrow left liberal agenda, it provides a breath of fresh air.

Scruton himself was the subject of a successful attempt to have him dismissed as an unpaid member of a British government housing commission. The former Northern Ireland Secretary James Brokenshire cravenly succumbed to the pressure before reappointing Scruton after it was proven that the New Statesman interview cited as evidence of Scruton’s offences against the woke had been scurrilously doctored.

I first read Scruton’s book The Meaning of Conservatism in the early 1990s. It was an interesting encounter for an Irish republican, and I suppose I read it in some part subconsciously hoping to find something that would reinforce my already crumbling faith in “scientific socialism.” Who better than an English Tory to persuade me that we ought not be on the same side on anything.

It did not. Scruton reinforced by own cohering thoughts about the nature of socialism. As the Soviet Union and its satellites in eastern and central Europe collapsed and as I read people like Solzhenitsyn and Popper, I had come to realise that socialism had not only failed as an economic system and a structure of society at the cost of millions of lives, but that it was deeply intellectually flawed.

Fundamentally it is based on the fallacy that human beings are perfectible, which is where socialism diverges from all the great religious, spiritual and philosophical traditions based on millennia of human experience.

One reviewer succinctly summed up the essence of the world view espoused by Scruton and eventually embraced by all whose illusions in socialism have disappeared: “Neither socialism nor liberalism can come to terms with the real complexity of human society, and both appear plausible only because they direct attention away from what is actual, toward what is merely ideal.” When that ideal is failed to be attained, then flawed humanity has to be punished.

The abuse of English working class people who had the temerity not to vote for the Corbynistas speaks volumes for the basic contempt which the left has for those it claims to wish to save. We see the same here with the slander of communities questioning direct provision centres being imposed without their consent.

Scruton’s transgression in the eyes of the left is his withering critique not only of Marxism, but of the entire philosophical basis of all varieties of leftism as a coherent means to understand humanity. He is particularly incisive in his dismissal of the more absurd outworkings of “scientific socialism” which have sundered any remaining connection to classical western thought in which tradition Marx himself sought to place his ideas.

Ironically, the politics of the post socialist left with its emphasis on identity and extreme individualism has created a growing chasm between the intellectual academic activist left and the traditional concerns of people who were fundamentally interested in the old left’s notions of improving the lot of working people.

That and the debate over the role of the state in the economy are still a legitimate focus of democratic politics. But these have an increasingly tenuous relationship to the central focus of the left. A good illustration of this is that Sinn Féin’s uncritical embrace of ultra liberalism took place at the same time they were arguing for corporation tax to be lowered in the north.

That also raises another issue, which Scruton addressed in his conversation with Robinson. While “full communism” is obviously an absurd and unrealizable goal, neither is there a market solution to every social problem. Scruton rejects the libertarian neo-liberal economic belief that there ought to be no structures outside of those which emanate from the free interaction of economic agents.

That is surely as much a fallacy as the ultra left belief that after socialism the state will “wither away” and humans live peacefully and prosperously without the need for any “superstructure.” Indeed many on the far left and the libertarian right share the very same beliefs with regard to abortion for example. Scruton clearly implies that libertarianism is also potentially destructive of human culture. It is a debate that perhaps needs more teasing out among conservatives.

In his introduction to Fools, Frauds and Firebrands, Scruton describes how his original evisceration of the new left led to his academic career being undermined and his reputation libelled. That in itself is a tribute to the fact that the left has no coherent response to Scruton’s critique. Many of us have experienced the same. Cast one’s mind back to the abortion referendum and the marginalizing of key voices and arguments on the No side. Arguments which have subsequently been proven to be correct. I am also thinking here of John Waters being pushed out of the mainstream media despite being one of the great journalists this country has produced in the last 40 years.

While not pretending to place myself in the same universe as Scruton, my books on the republican movement and the Communist Party of Ireland were lied about, threatened with spurious legal actions, and ridiculed. This occurred because I had meticulously exposed with original research including in the CPI’s own archives,  the duplicity and intellectual bankruptcy of the Irish Marxist left and the deluded naïfs within the republican movement who embraced it.

Scruton’s chief fault in the eyes of his enemies is that he does not treat the likes of Althusser, Lacan, and Deleuze as worthy of the respect normally accorded to intellectual adversaries. Of the new theorists, Scruton wrote: “Nothing at last had found its voice. Henceforth the bourgeois order would be vaporized and mankind would march victorious into the Void.”

He reserves criticism for Michel Foucault, the apostle of deviance and the destruction of all restraints. Guido Preparata insightfully pointed out that while Foucault disguised all of this as support for the liberation of people from domination, that he was in fact following in the intellectual tracks of Georges Bataille who venerated violence and degradation for their own sake. Scruton did give Foucault credit for what seems to have been a personal transformation as he was dying of AIDS and refers to his support for the Solidarity revolt against communism in Poland.

Nor has Scruton been content with merely observing society. In the 1980s he visited Czechoslovakia and was key to the establishment of an underground education network which eventually led to his expulsion. While a conservative and presumably a Tory, he is not an uncritical one. Indeed he in the discussion referred to above refers to Thatcher’s failure to understand the importance of culture and society outside of the economy.  Of course, unlike Thatcher, Scruton does not support abortion. Johnson’s position is unclear.

So Scruton stands as a key thinker in the battle of ideas. It is still difficult for many Irish people to engage with English Tories, or to even describe themselves as conservatives for valid historical reasons. Perhaps we need to park this and recognise that in a world in which western society is facing a grave crisis that we may perhaps have unlikely allies.