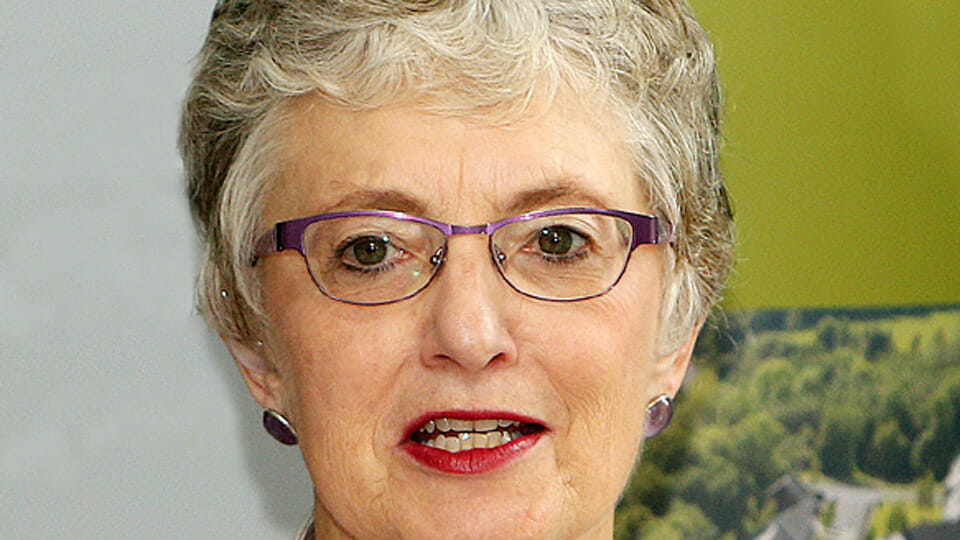 We all know that the current Minister for Children, Katherine Zappone, has an almost missionary zeal when it comes to spreading the ideology of abortion under the euphemisms of ‘reproductive rights’ and ‘reproductive justice.’

The Minister’s latest jaunt to push this agenda, at the taxpayers’ expense, was her trip to the Nairobi Summit in Kenya which took place from the 12-14 of this month.

The Summit ended by making 1,200 concrete commitments “to help ensure sexual and reproductive health and rights for all by 2030.”

According to the United Nations Population Fund, donor countries pledged a staggering $1 billion in support to “sexual and reproductive health and gender equality programmes.”

This was put in the shade however by donations from private sector firms who agreed to mobilize a combined $8 billion.

That’s an astonishing 9 billion dollars to essentially advance the culture of death under the guise of healthcare and social change.

Also revealed ahead of the Summit, was the so called ‘Nairobi Statement’ which we are supposed to see as a “forward-looking framework for meeting the sexual and reproductive health needs of women, young people and marginalized groups.”

It offers a set of 12 core commitments for achieving the “three zeros” – zero maternal deaths, zero unmet need for family planning and zero gender-based violence and harmful practices against women and girls – by 2030.

We can all agree that at least in principle, these are worthy ambitions. It is the means to achieve them and the understanding that is given to them that is profoundly alarming.

It is also amazing to witness the ideological blindness of the Summits supporters who can apparently see no contradiction between calling for “zero gender-based violence and harmful practices against women and girls” and the reality of gendercide which kills millions of girl children every year throughout the globe.

Abortion is inherently anti-woman and anti-female. The abortion industry knows this all to well, but its real aim is as we know, not the liberation of women but the commercialising of tragedy through enforced abortion quotas etc.

Thankfully there has been significant criticism of the event from the pro life organisations in Kenya as well as from the Holy See, The United States, Brazil, Belarus, Egypt, Haiti, Hungary, Libya, Poland, Senegal, St. Lucia, and Uganda.

In fact, after the Summit had concluded the US issued a joint statement reminding those gathered and those watching that the 1994 International Conference on Population and Development (ICPD) had already affirmed and laid down the key foundational principles including that “everyone has the right to life, liberty and security of person” and that “the family is the basic unit of society and as such should be strengthened” (ICPD Principles 1 and 9, respectively).

The US Joint Statement also highlighted its concern about the content of some of the key priorities of the Summit:

“We do not support references in international documents to ambiguous terms and expressions, such as sexual and reproductive health and rights (SRHR), which do not enjoy international consensus…In addition, the use of the term SRHR may be used to actively promote practices like abortion. There is no international right to abortion; in fact, international law clearly states that “everyone has the right to life” (e.g. Article 3 of the Universal Declaration of Human Rights).

“The ICPD notes that countries should “take appropriate steps to help women avoid abortion, which in no case should be promoted as a method of family planning” (ICPD 7.24) and to “reduce the recourse to abortion” strongly affirming that “… any measures or changes related to abortion within the health system can only be determined at the national or local level according to the national legislative process” (ICPD paragraph 8.25).

Unfortunately, our Minister for Children, appears to think that there is no contradiction between supporting the outcomes of the Nairobi Summit and adhering to the ICPD principles as outlined above.

This should come as no surprise.

Fuzzy logic is par for the course with pro-abortion extremists like Minister Zappone-who let us remember still believes that the unborn child has only the potential to become human life.