Criticising Israel is not anti-Semitic. Reada Cronin’s comments were. 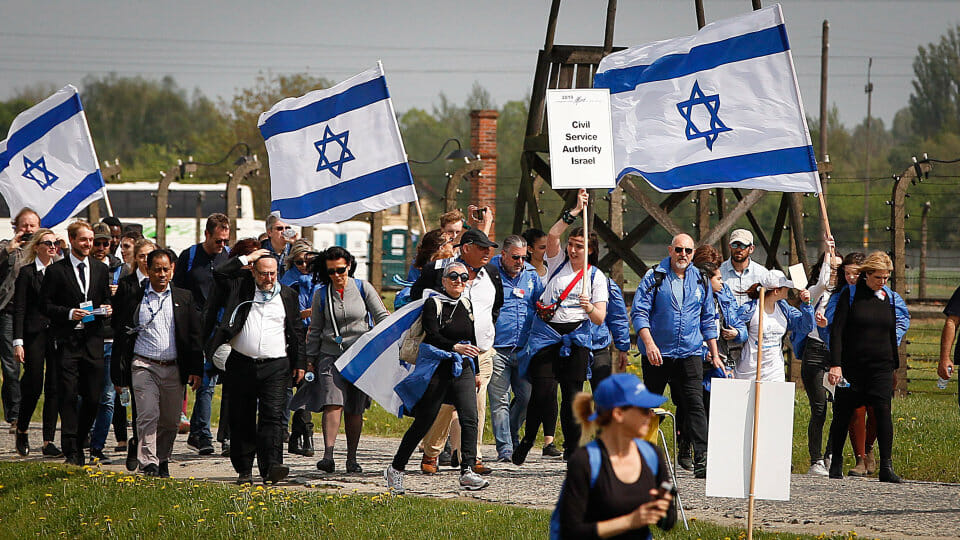 In the aftermath of this website’s report on Tuesday about historic anti-Semitic tweets by newly elected Sinn Fein TD Reada Cronin, Republican activist and journalist Eoin O’Murchu posted the following tweet in defence of the politician:

Now a media campaign against Kildare TD Réada Cronin. Her crime? Being critical of Israel. What decent human being isn't critical of that monstrous murderous state. Stand by Réada.

1,800 people “liked” that tweet – a shorthand way for saying, basically, that they agreed with him.

Indeed, most of the attacks on this website, and our journalist, Gary Kavanagh, have been along these lines – that somehow Reada Cronin was being attacked and singled out because of her strong sympathy for the Palestinians in Gaza and the West Bank who are, it is said, being oppressed by the Israeli state.

In the recent UK election, Labour’s Jeremy Corbyn was criticised repeatedly for tolerating anti-Semitic rhetoric. Again, his defenders said that this was an attempt to stifle criticism of Israel. Sinn Fein itself is the only party represented in the UK parliament not to have signed on to the IHRC definition of anti-semitism, at least in part because it feels that the definition is an attempt to “stifle criticism of Israel”.

All of this is absurd.

Criticising Israel is not anti-Semitic. It is perfectly possible to make a robust case against the behaviour of the Israeli state without indulging in as much as a word of anti-Semitic rhetoric. For example, it is not anti-Semitic to say that Israel’s continued construction of settlements in the west bank is an outrageous land-grab that deprives the Palestinians of land.

But Reada Cronin’s tweets said none of those things. In fact, they barely mentioned Israel at all.

When you share a tweet suggesting that Hitler was in fact a pawn of the Jewish-owned Rothschild bank, how can that be a criticism of Israel? Israel did not exist when Hitler was alive. The old criticism of “international finance” mentioned in her tweet has always been an attack not on Israel, but on the disgusting old trope of “Jewish influence”.

Reada Cronin is not Ireland’s only politician to have engaged in anti-Semitic rhetoric. Just last year, Fianna Fáil’s Niall Collins had to apologise after this website and others reported that he had said that “right across corporate America, and right across America at every level, there’s a huge Jewish lobby who have helped to create the problem that we’re now discussing”. The “problem”, in this case, was Israel.

When you say that a citizen of another country – be it Ireland, the USA, or Germany – is working on behalf of another country’s interests just because they are Jewish, as Collins implied, that, indeed, is anti-Semitism, because it portrays Jews as some kind of “fifth column” working against their own country and in favour of another, simply because of their religion. It has nothing to do with the policies of Israel – it is a direct attack on the motivations of Jews who are not even Israeli.

And of course there are lots of attacks on Israel that are overtly anti-Semitic, as well. When Reada Cronin said, as she repeatedly did, that the Israelis were acting like Nazis, what did that mean, exactly? The only obvious explanation is that the Israelis are doing to the Palestinians what the Nazis did to the Jews – waging an orchestrated campaign to eliminate and exterminate them on grounds of racial ideology. That is objectively absurd, and it’s also horrendously insulting to Jewish people around the world. To state that the world’s only majority Jewish state is comparable to the regime that exterminated six million Jewish people in an attempt to wipe all Jewish life from the planet puts those two states on the same moral plane.

What was the world’s response to the Nazis? It was, as we know, to wage total war against Hitler and wipe Nazi Germany out of existence. Is Cronin, or anyone else who makes that comparison, suggesting that the same thing should be done to Israel? And if not, why not? When you say that Israel is a “Nazi state” what you are saying is that it should be treated in the same way the Nazis were treated.

The IHRC definition of anti-Semitism is quite limited, and it’s worth publishing it in full here:

The point in bold is worth highlighting, because it explicitly makes the case that criticising Israel is not anti-Semitic. The only limitation that it places on criticising Israel is this: If you would not say this about another democratic nation in similar circumstances, think about why you are saying it.

The things that Cronin said were explicitly anti-Semitic because they were tweets about perceived “Jewish” influence and had nothing whatever to do with Israel.

She has apologised for them and withdrawn them. Mary Lou McDonald, recognising their seriousness, has agreed to meet with the Jewish Council.

Sinn Fein at an official level is reacting to this incident with a recognition of its seriousness. Why so many of its supporters, on left and right, are persisting with a defence of Cronin’s comments is a question we should all be thinking about.

In many ways, it’s even more disturbing than the disgusting comments themselves.