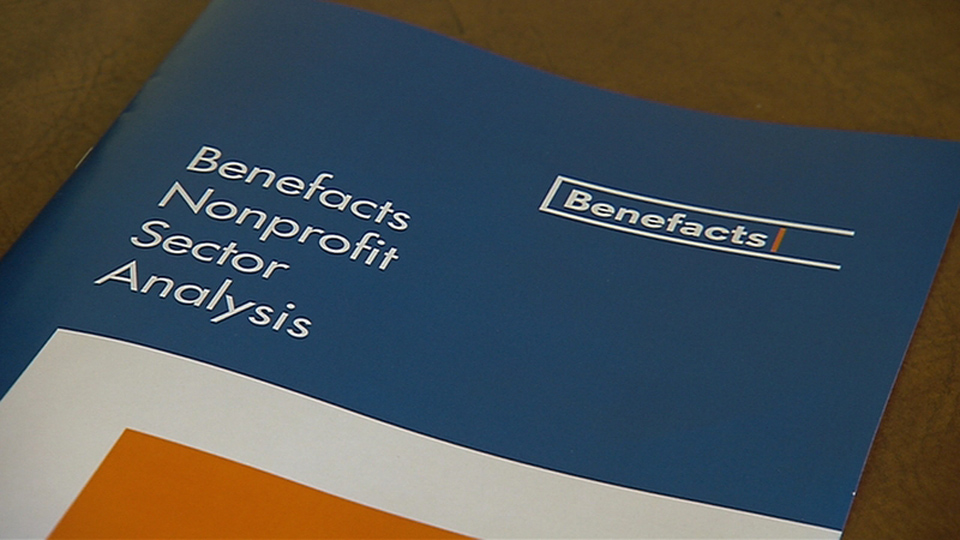 Taxpayer-funded organisations are meant to be transparent and accountable. Proper order, given that so many millions in our taxes are granted each year to entities which often seem to be a favourite of the politically powerful rather than the public.

One of the ways in which transparency is achieved is in inviting various parties to tender for projects, so as to avoid nepotism. But apparently that standard is not always adhered to. Questions were recently raised at a Dáil Committee in relation to how Benefacts, a taxpayer-funded organisation whose mission is to maintain a database of information about Non-Governmental Organisations and charities, awards its contracts.

Benefacts is itself an NGO which in 2019 employed 16 staff. It seeks to “transform the accessibility and transparency of Ireland’s nonprofit sector”.

Its core funding in 2019 amounted to €1,133,274 from different public bodies; the bulk of it from the Department of Public Expenditure and Reform of €950,000. They also received smaller amounts from the Departments of Health, Foreign Affairs and from Tusla, as well as €25,000 from both Fingal and Kildare County Councils. All of this is contained in the Benefacts Report for 2019.

Private philanthropic funding was also received from the Ireland Funds to the tune of €157,291. In addition, they received a donation from the Katharine Howard Foundation which states that its purpose is to provide assistance to groups operating in disadvantaged circumstances, “with a focus on families and young children”, though it is difficult to see how Benefacts might fall under that criteria.

Revenue accruing to the NGO from services provided, presumably the provision of information, only came to €32,320, or just 2.5% of its overall income of almost €1.35 million. The latter figure would suggest that Benefacts is not a commercially viable operation if it does not continue to receive substantial public funding on a long-term basis. Its financial statement suggests that the vast bulk of its expenditure is on staffing and administration.

Their lavish funding came under question when Chair Tom Boland and founder Patricia Quinn appeared before the Joint Committee on Finance, Public Expenditure and Reform in February 2018. They were subjected to an unusually close questioning by current Labour Party leader Alan Kelly, whose brother’s high profile PR Company TENEO was recently advising the Minister for Health Simon Donnelly on his well-documented problems in handling Covid-19.

Kelly asked whether the Benefacts project – the service they proposed to offer – had been tendered for, and Quinn said that it had not been. Nor indeed was Quinn’s own position of Managing Director opened up for tender, which Kelly remarked on as “strange.”

He also alluded to the fact that while Quinn seemed to posit a joint state/private funding model as a reason for its mode of governance that in fact the bulk of Benefacts funding is from the taxpayer, which would require that the company adhere to the rules governing any organisation in receipt of such funding.

Kelly also asked whether the contracting out of database construction and operation was tendered out and Quinn said that it was and would provide documentation. Kelly pitched this question in relation to data protection, but questions have also arisen regarding the actual manner of awarding such contracts. Gript was told that an IT contract was awarded to a relation of an official in one of the awarding departments. It is not clear whether the undertaking by Quinn to the committee to forward documentation regarding the awarding  of the contract was followed up.

Two things strike anyone reading the Committee transcript now with the benefit of hindsight. The first is that the model of 50:50 State: private funding is not factual. The ratio in 2019 was in fact closer to 84:16. Nor has Quinn’s confident prediction regarding the commercial sale of data by the NGO as a revenue stream proven to be accurate.

Indeed those familiar with the Benefacts’ database claim that the information which is gathered and provided is not a particularly accurate picture of the source of funding for many NGOs. Some publicly funded organisations present abridged accounts, and as I know from researching some of the major NGOs involved in the housing and homelessness sector it is difficult even where fuller accounts are provided through Benefacts to trace the exact size and provenance of funding streams with material certainty.

Quinn claims that the inspiration for Benefacts came to her from the American equivalent Guidestar which also gathers information on NGOs but which was also found to have wrongly lumped in conservative groups with the Ku Klux Klan as “hate groups.” It was forced to remove this false attack on groups which differ with Guidestar’s leftist positions on transgenderism and other issues.

The connection between Benefacts and Guidestar extends beyond the drawing down of taxpayer monies. One of the directors of Benefacts is Robert Ottenhoff a former CEO of Guidestar. Ottenhoff described his preferred economic model as “freemium.” Except it is not free, of course, because the costs all come out of other people’s pockets.

In common with many NGOs, Benefacts appears to be yet another sinecure for the well-connected woke. Its board is made up of people with a well-trodden path in this field.  One director Emma Lane Spollen is a former board member of Dochas and the Irish Refugee Council and worked with Tusla before becoming CEO of Tomar which despite being listed as a charity has no accessible data on Benefacts, and is now with Social Impact which is yet another “values driven organisation that puts impact at the heart of everything we do” and “began as a conversation on a mountain in Africa.” It does not seem to provide any reports on what it actually does in real terms.

Chair Tom Boland is former CEO of the Higher Education Authority. Rory Coveney (brother of former Tánaiste and current Minister Simon Coveney) was formerly with Irish Aid and now helps to channel other state aid through his position with RTÉ. Stephen Kinsella is a journalist who has written for the Guardian and New York Times. Philip Smith is a legal partner with Arthur Cox and advises charities on funding. Anne Vaughan is a former Deputy Secretary of the Department of Employment and Social Affairs.

A former Benefacts Director, Brian Sheehan, was the Executive Director of GLEN which was the subject of both bullying and financial investigations by the Charity Regulator. He resigned from Benefacts in April 2017, and is now Secretary General of the Social Democrats.

Pretty much typical then for the sort of people who run these sort of things. The same applies to those who get jobs with such companies. Five of those who worked in Benefacts received salaries in 2019 of more than €70,000. One of those, presumably Quinn, received a salary of between €120,000 and €130,000.

So let no one tell you that there is no future in being on the side of the toiling oppressed masses. To be fair, there is a need for the sort of transparency and data which Benefacts purports to provide, and does to some extent. Whether it is the correct vehicle to do so is another question. It also again raises questions as to the manner in which the Irish liberal golden circle continually devises means to support itself at our expense.

AGATA DZBENSKA-BERNEY: What if “non-essential” travel is actually essential?