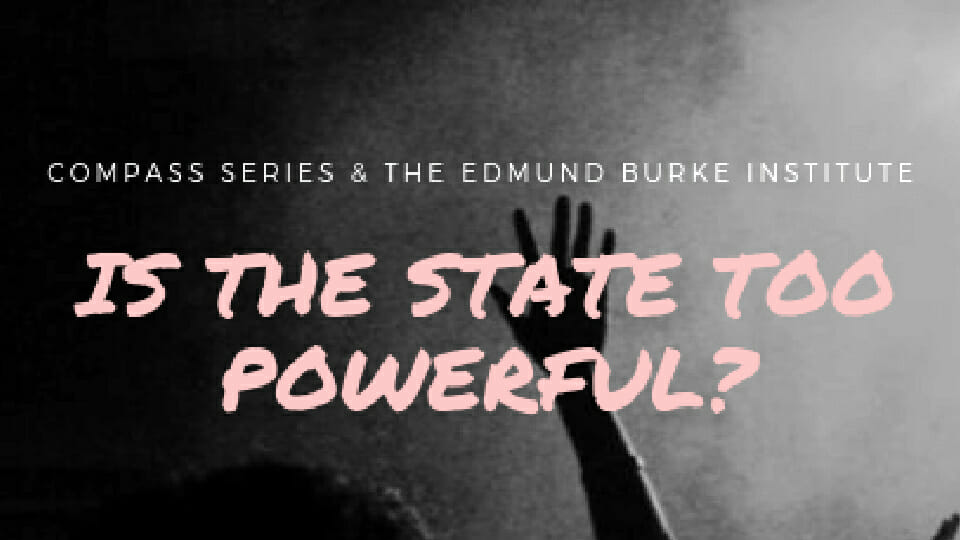 Next Tuesday, October the 15th, the Compass Series will be holding their second public event, with a panel discussion addressing the question ‘Is the State Too Powerful’, followed by a Q&A. The event will be taking place in Buswell’s Hotel at 7pm.

The panel for the event will consist of the Gript editor John McGuirk, the libertarian commentator Keith Redmond and the well-known journalist Jason O’Mahony.

Following on from the Compass event on free speech last month, the panelists will be discussing their views on the growing size and power of the Irish State, and what this really means to the average Irish person.

Compass is supported by the Edmund Burke Institute, whose director Gary Kavanagh will be reprising his role as chair of the discussion. Kavanagh says he is looking forward to the event.

“One of the things that is wrong with Irish politics right now is the complete absence of any serious discussion about the role of the State – which it would be fair to say is rather a glaring oversight given its impact on all of our lives,” he said.

“There are always discussions about who should be Taoiseach, or which Minister has been failing in his or her portfolio, but we rarely get to discuss the fundamental questions about what the government is actually there to do.

“The Edmund Burke Institute exists to educate people about individual liberty, and Compass is all about facilitating thought-provoking discussions, so I am looking forward to hearing how our three distinguished panelists differ when it comes to these questions, and what our audience thinks as well,” Kavanagh added.

The three-person panel consists of the self-professed conservative John McGuirk, who has played a leading role in several high-profile referendum campaigns; the vocal libertarian and former local representative Keith Redmond; and the liberal journalist Jason O’Mahony.

Topics expected to be discussed include nanny state regulations, the utility of large-scale public services, rising public spending and the question of where it is appropriate for a government to intervene in the private lives of its citizens.

Kavanagh said that the immediate aftermath of the Budget was a good time to take stock of whether the State is actually performing its roles effectively.

“We just had a Budget in which the Government increased taxes across a range of areas, including slapping taxes on activities which are considered undesirable such as smoking or driving a car,” he said. “This money is then being used to fund a massive €3.1 billion spending splurge – right before an election, funnily enough.

“The only problem the Opposition had with this was that the Government did not spend enough, and few people in the media said anything about whether this was a wise course of action.

“It is taken for granted that a larger and more profligate State is naturally a good thing. Many Irish people certainly do share that view, but I think it is worth taking time to ask some serious questions about where we are going, what we are doing and whether any of this actually makes sense.

“Compass is about asking questions rather than providing answers though, so I am really looking forward to hearing what our audience thinks,” Kavanagh concluded.

Tickets for the event can be purchased at the following link: https://www.eventbrite.ie/e/compass-series-october-event-a-panel-discussion-on-the-power-of-the-state-tickets-74314718323

Covid-19: ‘Worried sick: we still have no PPE, its like people with disabilities just don’t matter’