Mr Reilly is well known in the world of Irish comedy, mostly through his involvement with the Comedy Cellar Dublin, one of the major institutions of comedy in Ireland, the Try Channel, a YouTube channel which uploads comedic videos, and his involvement in the claims of sexual assault and harassment made against comedian Al Porter. Mr Reilly said that he had been groped by Mr Porter when he worked for him in 2014. Mr. Reilly has also been a vocal feminist campaigner in recent years, repeatedly tweeting his support of progressive woman’s rights causes, ranging from the legalization of abortion to the #metoo campaign.

Multiple women took to Twitter last night to detail their negative experiences with Mr Reilly. It started when one of the women saw that Mr Reilly had recently liked tweets expressing solidarity with victims of sexual assault.

She stated that a comedian, who she did not name, had emotionally abused her, broke her sexual boundaries, misled her about his sexual encounters with other women, and secretly filmed both her and other women. 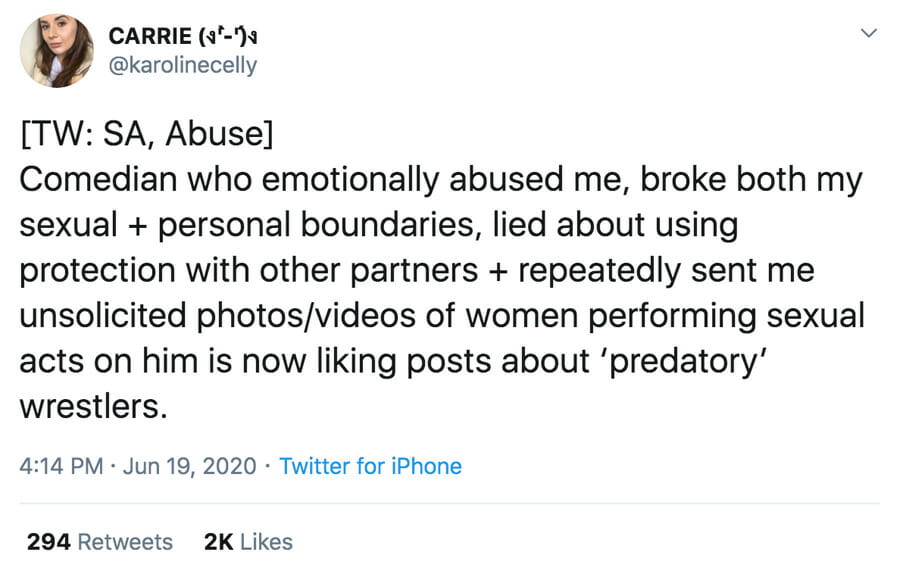 Mr Reilly responded to that tweet with a written apology, admitting that the tweet was referring to him and that “there’s a huge amount of truth [sic] it.” He said that “every day I regret my actions”, and that he was receiving addiction therapy and counselling to deal with his behaviors.

Photographer Samantha Rayward, who says she dated Mr Reilly for over three years, said that his public apology was “manipulation”, that Mr Reilly had abused “at least dozens of women” and that he had anally raped her. 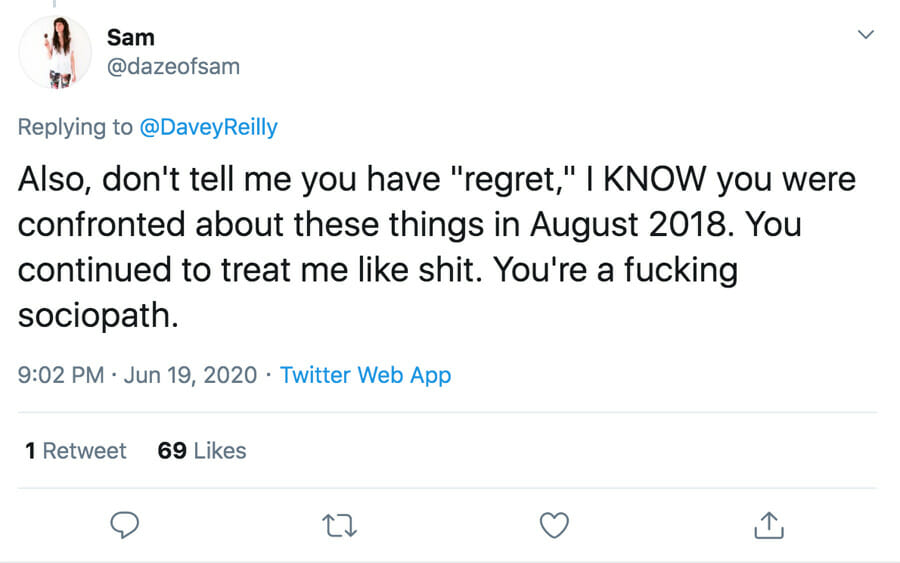 Shawna Scott, of Sex Siopa, also said that Mr Reilly had manipulated and lied to her for months.

The Try Channel has responded to these allegations by stating Mr Reilly will no longer be appearing on the channel.

We have reached out to Mr. Reilly for comment through multiple avenues and will update this article should he respond.