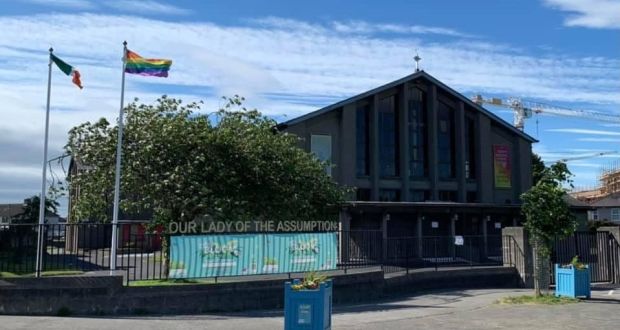 From historically calling for tolerance to presently demanding celebration, the Pride movement has come a long way.

Most of us at this point will have seen pride flags, rainbow crossings, ministerial mentions, An Post mail-outs and ubiquitous media homage paid to the LGBT movement over the past month, as the public are led in the annual glorification of gender spectrums and sexual orientations, and the ritual addition of a new letter to the LGBTQIA+ acronym.

This public, quasi-religious celebration of the movement also has a sacrificial lamb – those of us biting our tongues, caught in the awkward position of refusing to partake in the establishment’s devotion.

Anyone who has recently committed the thought-crime of expressing opposition to LGBT campaigners and their mores has intuited and experienced the raw potential for public-shaming, ridicule and ostracization this supposed victim-class and their many allies wield over dissenters.

We must all sing off the same hymn sheet now apparently, casting out those who object, whilst ironically intoning chants of diversity and acceptance to gain social credit.

The decision by a Dublin priest to fly the gay flag outside his parish, only to be reminded that these sexual mores are not to be celebrated by Catholics, has brought the tactics of LGBT campaigners out into the light once again…for those who dare to look.

Whilst the said priest has been lauded for bravely facing public applause, Catholics who objected are now being made examples of, as news presenters and journalists salivate at the latest opportunity to cast stones and diagnose with phobias those who say “no”.

The “no” of course is not to LGBT people themselves, much as people might like to personalise it, but to behaviours that are antithetical to the teaching of the Catholic Church – just like they wouldn’t celebrate a long list of other behaviours on church grounds.

The media’s decision to ratchet up attention on Catholic opposition to the flag resembles that of a teacher humiliating the one boy who refused to sit down when he had a point to make.

This oppressive atmosphere, crushing dissent where possible, is now pervasive in the western world, where tolerance achieved has become conformity demanded by those whose Trojan Horse rhetoric of equality is now being unveiled in a pink police state, with hate crime laws to follow for those who persist.

There are countless examples of Christian politicians and pastors in other countries being arrested and taken to court for citing the Bible’s view of homosexuality, and Ireland too has swung full circle in setting the scene for similar outcomes here.

There will be no media mentions of tolerance or equality on that day, only rejoicing and glad tidings by those who preach the gospel of pride.