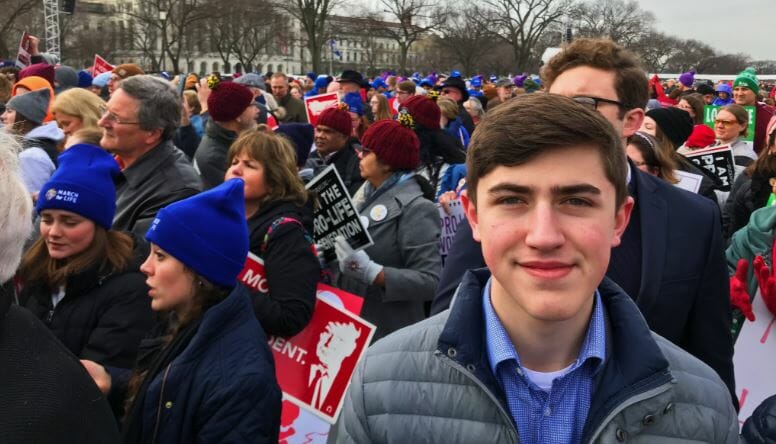 The young Covington Catholic student, who became the subject of a vicious media firestorm last year, has returned to the March for Life in Washington DC.

“I will never pass on an opportunity to March for Life,” Nick Sandmann wrote on Twitter.

I will never pass on an opportunity to March for Life! pic.twitter.com/iU0ohmdcTJ

Sandmann, along with other students from Covington Catholic High School in Kentucky, was approached by Native American activist Nathan Phillip last year just after the March for Life.

Media around the US interpreted initial footage of the incident as proof Philips was taunted by the Trump-supporting teens, with many commentators labeling Sandmann in particular as a racist.

The news was quickly covered by international media, but footage then emerged from before the confrontation showing the boys were actually subject to racist abuse from a group of Black Hebrew Israelites, and that Philips had been the one to make a beeline for Sandmann.

Wrongly maligned , Sandmann recently settled a defamation case with CNN for $275 million over their depiction of the incident, much to the delight of his fans.

Crowds at yesterday’s March for Life in Washington DC were in the hundreds of thousands, with this Baby Yoda sign being among the favourites:

But many people aren’t happy with the coverage given to March by the mainstream media:

Crowd photo at the March for Life. @cnn “we counted 25 people” pic.twitter.com/qrkJn7VvVv