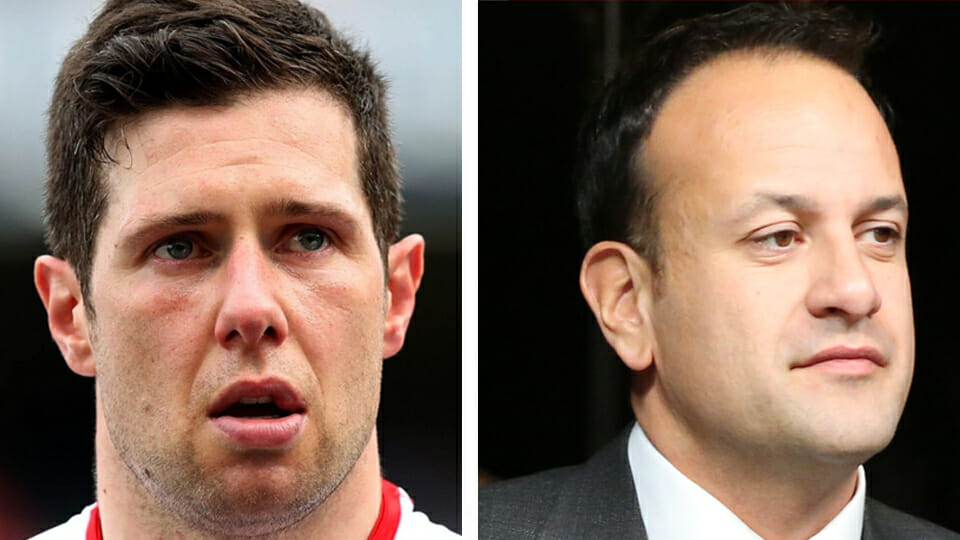 This week the name of this place we live in caused a bit of a political stir. The Taoiseach, Leo Varadkar called Belfast members of Fine Gael, “overseas members” and a former Tyrone football player referred to Tyrone as “Up here in the UK”. But the truth is the names used for Ireland do matter and have always been contentious.

Names are a central part of identify. Names are deeply political and cultural. The names you use often show what your cultural and political objectives are and whose side you are on. One of the first things that Colonists and Empires do is to change native names. Names are used to tell people who is in charge. At one stage the British state sought to replace the name of Ireland and Scotland completely with the terms West Britain and North Britain respectively. This is the source of the pejorative name “West Brit”.

When countries push for freedom and independence one of the first things, they do is rename streets, towns and counties. Sackville St became O’Connell St, Kingstown become Dún Laoghaire and Kings County becomes Offaly, etc.

In the south of Ireland names of towns and streets have lost much of their bite due to the fact that British Rule no longer exists. Many place names are still old colonial names. Many of these have become like wallpaper, we don’t even see them anymore. In my view we should over time revisit some of these names. I would rather live on Séamus Heaney St than Victoria St for example.

Alternatively, it is understood that people who use terms such as Derry, the north, the 6 counties, the 26 counties etc are Nationalist and Republican in outlook and seek democratic independence.

However, things can get a little confusing at times. Sometimes Nationalists from both north and south default to the British terminology due to their constant use by the state, business and the media. Its natural at one level that the language around us will influence the language we use. It’s the way that language works.

Sometimes officialdom in the south takes a further step in mangling these names and their meanings. The southern government for example officially uses Ireland for the 26 counties of Ireland. Some southern politicians with a Redmondite perspective such as Leo Varadkar call their Cumann in the north “overseas branches”.

Nationalists are offended and embarrassed by this in equal measure. Taking on the harmful outlook and the terminology of the colonists has a cap tipping subservience about it. The funny thing is,  these terms offend many Unionists too. Many Unionists are members of the Church of Ireland, support the Ireland team in Rugby, Hockey and Cricket. Calling the 26-county state Ireland excludes them from their understanding of what is Ireland. Unlike Leo they also know that you don’t need a boat to get from Newry to Dundalk.

Some in the Media will tell people to get over themselves. Personally, I don’t think that we should jump down some ones throat endlessly on Twitter for making a mistake. I also believe in a pluralist Irish Republic where people of the Unionist outlook are welcome and entitled to use the names they wish.

However, I think Irish people north and south are entitled to independence. I think democratic self-determination is by far the best form of governance. The closer that decisions are made to the people that they effect the better they are. People can influence those decisions and hold the decision makers to account. The people of the north cannot influence decisions made in London, Brussels or Berlin.

The north it’s a contested space. The north still does not have democratic independence. It is ruled by London, by political parties who know little or nothing about the north and care even less. This lack of self-determination comes at a massive cost. Ignored by London for generations the north has changed from being an economic powerhouse to becoming an economic backwater. The democratic rights of the people on issues such as the Right to Life or Brexit are simply ignored by Westminster.

The words we use can either accept or challenge that status quo. Aontú seeks to challenge the status quo. We oppose the cap tipping instinct of so many in the Irish establishment. We take pride in the Gaelic culture and the rich abundance of beautiful place names that comes from it. We seek an equal relationship with Britain where both our countries can work together as fully independent nations.

We seek Wolfe Tone’s Ireland, where Catholic Protestant and Dissenter can prosper and be who they are to the full extent without fear or favour.