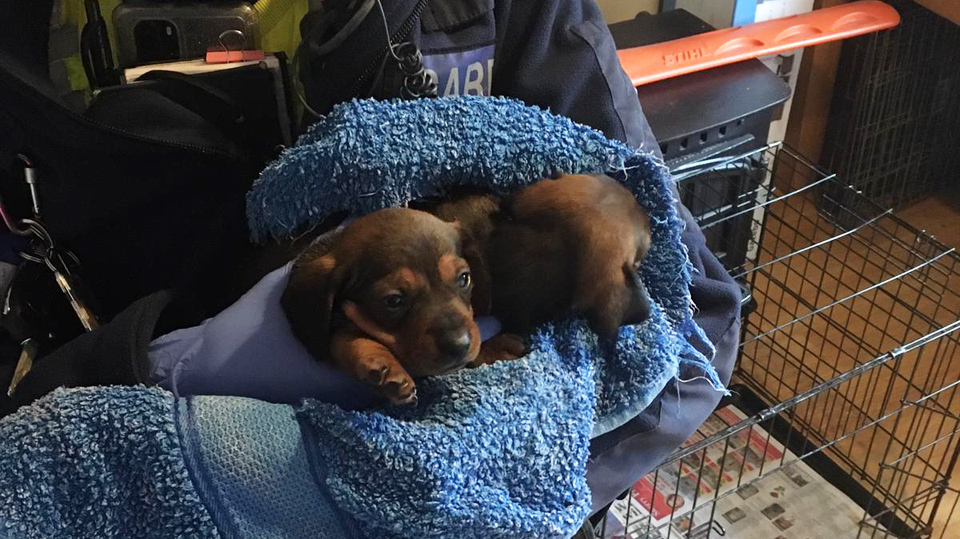 Photo shows some of the recovered dogs. Photo credit: Gardainfo on Twitter

On Saturday Gardai seized 32 dogs that are believed to have been stolen from their owners. The seizures came after searches at Stockhole, Cloghran, and Swords. The 32 dogs, consisting of 3 Chihuahuas, 4 Pugs, 1 Jack Russell and 24 Dachshunds, were then delivered by dog wardens to Ashton Dog Pound in Castleknock.

An investigation by Gript late last month revealed that hundreds of dogs at Ashton Dog Pound were improperly put down under a system in which untrained and unlicensed staff were told by the vet overseeing the pound to “estimate” the amount of drugs required to put down a dog. Earlier this week we published an article detailing claims that it was “routine” in Ashton for management to refuse to provide pain relief or medication to dogs, leaving some to die what one source told us were “cruel and unpleasant deaths.”

Fingal County Council does have a contract with Ashton Dog Pound to provide dog warden services, and the current investigation into Ashton is still ongoing, but given the circumstances and the revelations from Gript of issues with animal welfare beyond the scope of the current investigation, questions will now surely be asked as to why the Council did not decide to send dogs to a different facility until the exact extent of issues with animal welfare within Ashton Dog Pound can be ascertained.

We asked Fingal County Council why they would send rescued dogs to a facility which is under active investigation for animal cruelty and they told us that “this matter is currently being investigated by the Gardai and we cannot comment on it.” We had asked the Council why they had chosen to send dogs to the pound, something which is absolutely not currently being investigated by the Gardaí, and not anything to do with the investigation, and so we have requested the Council answer the question we actually asked them. We’ll update this piece should they do so.

Enquiries to reunite the dogs with their owners are now underway pic.twitter.com/tMFqaVOA4H

Are Irish Extinction Rebellion protesters being paid to protest?