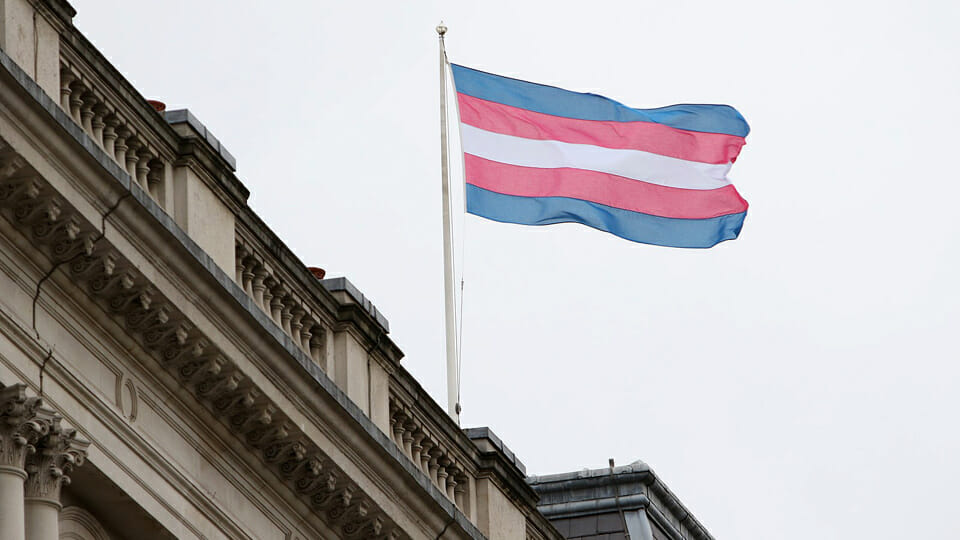 Maya Forstater’s ordeal will outrage you. Since January 2015, the 45-year-old British tax expert had served as a consultant to the European arm of the Center for Global Development, an American think tank. Once her contract came to an end, on Dec. 31, 2018, the CDG elected not to renew it. The reason: Forstater’s expression of her belief, as an old-school feminist, that sex is biological and immutable.

On social media, Forstater had vituperated against Philip Bunce, a Credit Suisse banker and married father of two who regularly shows up to work as “Pippa,” a garish caricature of femininity, complete with lace dresses, fishnet stockings, and towering patent pumps. When “Pippa” made #32 on the Financial Times’s 2018 list of Britain’s top 100 female executives, Forstater had the temerity to suggest he should have turned down the honor.

She wrote: “I’ve got a question for my male Twitter friends who have pledged not to appear on all-male panels. If you were invited on a panel with Pip Bunce . . . and another guy, would you say ‘yes’ or call the organizers and say, ‘Sorry, I don’t do manels’ [i.e., male-only panels]?” On other occasions she put things more forcefully: “I don’t think being a woman/female is a matter of identity or womanly feelings. It is biology.”

At her think tank, complaints against her flew. But Forstater held firm. On an internal chat, she stated: “I have been told that it is offensive to say . . . woman means ‘adult human female.’ However, since these statement [sic] are true, I will continue to say them.” She was quick to clarify, however, that in professional and interpersonal settings she would honor others’ gender preferences: “I have no desire or intention to be rude to people.”

The CDG sacked her, even so.

In March, Forstater sued the think tank under the 2010 Equality Act, Britain’s omnibus anti-discrimination statute. To adjudicate the suit, the Central London Employment Tribunal had to decide whether her convictions—that “sex is a material reality” and that “being female is an immutable biological fact, not a feeling or an identity”—amount to philosophical beliefs entitled to protection under the law. Likewise, the court had to decide if Forstater’s lack of belief in the prevailing gender orthodoxy—that “gender effectively trumps sex, so that ‘trans men are men’ and ‘trans women are women’”—was similarly entitled to protection.

Put another way, the case put on trial basic biology: the scientific truth that sex organs are what have distinguished man from woman going back to the origins of the human species. And biology was convicted. The tribunal’s Judge James Tayler held that the biological account of sex is “incompatible with human dignity and fundamental rights of others” and “not worthy of respect in a democratic society.”

To repeat: The view that biological sex is immutable, and that male and female are intelligible biological categories, is now “not worthy of respect in a democratic society.”

The tribunal’s reasoning is one long exercise in begging the question, padded with faddish scientism. Transgender people have won the right to obtain gender-recognition certificates that confirm their new identity, Tayler writes. Thus, “if a person has transitioned from male to female and has a gender-recognition certificate, that person is legally a woman. That is not something that [Forstater] is entitled to ignore.”

As for the science, Tayler cites an op-ed in the New York Times—that bastion of scientific rigor and peer review—stating that embryonic sex organs develop from “the balance of power among gene networks acting together or in a particular sequence,” rather than a single gene. But that’s a complete non sequitur in this context. If they hold up, the recent findings have exactly zero bearing on the immutable nature of biological sex.

Tayler also brings up the case of intersex individuals and others born with disorders of sexual development. Forstater, he says, “largely ignores intersex conditions,” which are shifting “biological opinion from a [sic] absolutist approach.” Intersex conditions are doing nothing of the kind. They have been with us since time immemorial. And as Ryan Anderson has shown, these conditions are no more an argument against the normal sex binary than the existence of congenital heart disease is an argument against the normal function of the cardiovascular system. That some people are born with congenital heart disease doesn’t mean the cardiovascular system doesn’t have a normal condition and function. Likewise, the existence of disorders of sexual development doesn’t vitiate the sexual binary.

One of Forstater’s fiercest online opponents was Gregor Murray, a former local councilor in Dundee, Scotland, “who describes themself [sic] as a ‘non-binary’ person,” as Tayler put it. Forstater referred to Murray as “he,” and, indeed, online photographs show a burly, bearded fellow. Tayler chastises Forstater for this “mis-gendering” and for insisting that “there is no general legal compulsion for people not to believe their own eyes,” as she told the tribunal.

Believe their own eyes? Such an “absolutist view” of sex and biology, Tayler reiterated, “is not worthy of respect in a democratic society.”

As I said, Maya Forstater’s case will outrage you. What it calls for isn’t the heat of anger but cold, lucid sobriety. The kind that might awaken the bulk of Christians to the reality that we are toiling under a religious order—one that puts the temporal power at the service of a spiritual or metaphysical belief system and its clerisy.

An integral regime, if you will.

US ELECTION: Will Berniementum wash away Trumpmania?