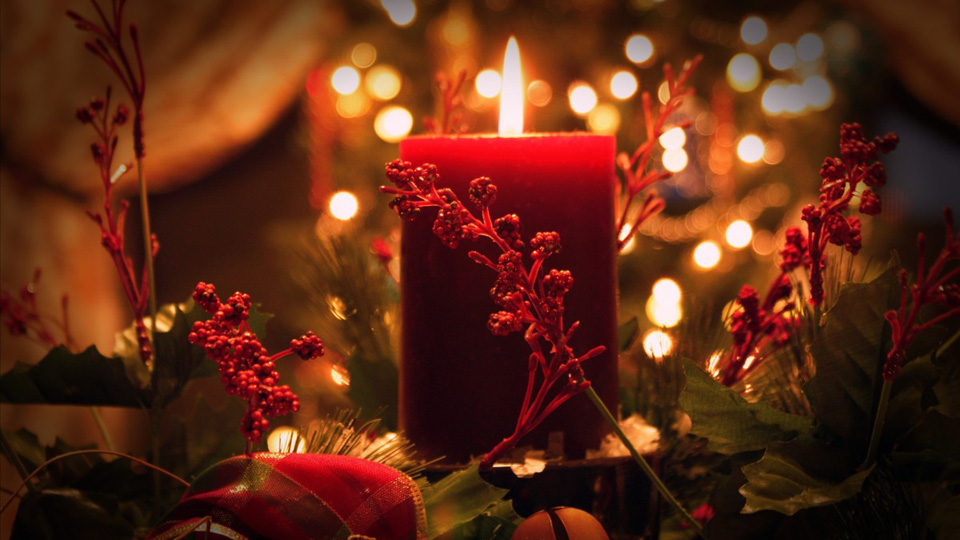 As Niamh pointed out here several weeks ago, those cancelling the Christmas are in good company. Cromwell would not be the sort of chap you would normally name check when issuing decrees.

Nor would the Bolsheviks, Nazis and the current Chinese regime who have also attempted to out rightly suppress the most important celebration in the western tradition, or to distort it so that it became some tacky totalitarian holiday.

The Nazis even extended this to the camps, where on Christmas Eve 1944 the Lutheran Pastor Martin Niemoller delivered an open sermon to fellow prisoners in the Dachau concentration camp as the German armies collapsed. The sermon was held in cell 34 which had been consecrated as a place of worship by Catholic priests who were held there and who made up the vast majority of clergy held by the regime.

A total of 2,579 priests were held at Dachau. Over 1,000 died there, of whom 868 were sent there from Poland. Thousands more, along with thousands of members of Catholic political parties, trade unions and civic society groups were sent to camps across Germany and the countries it occupied.

Many of course were just murdered without the inconvenience of a trial or incarceration. Apart from Dachau, 5,000 priests were killed at Buchenwald, 780 at Mauthausen and 300 at Sachenhausen. Cardinal Adam Kozlowiecki was transferred to Dachau from Auschwitz just before Christmas 1940. His 1967 prison memoirs were banned by the Polish communists who had supported the partition of Poland by the Nazis and Bolsheviks in 1939.

The actual history of what had happened to the Catholic Church under the Nazis did not fit comfortably with the Communist narrative, which of course was adapted by its left liberal fellow travellers and dupes in the west. While part of that claims that the Church collaborated with the regime and even facilitated the mass murder of Jews, the record speaks somewhat differently.

Indeed two Israeli Prime ministers Golda Meir and Moshe Sharett thanked Pope Pius XII for the part played by Catholic clergy and lay people in rescuing hundreds of thousands from the extermination camps. His predecessor Pius XI had issued the 1937 Encyclical Mit Brennender Sorge which excoriated the Nazis for their racial policies and totalitarian veneration of the state above all humanity.

The Gestapo reacted furiously and raided thousands of Churches and homes in an attempt to seize the 300,000 printed copies that had been prepared for distribution and readings. That intensified the regime’s repression of the Church and by 1935 there were no legal daily Catholic newspapers, where there had once been several hundred, and all organisations including youth groups were suppressed.

It is also mostly forgotten that in the June 1934 ‘Night of the Long Knives’ which liquidated the leadership of the Brownshirts, that the other main target was the remaining Catholic political opposition. Thousands of members of the Centre Party and Catholic unions were sent to the camps within months of the Nazi victory. There had been 1,500,000 members of the various organizations that were banned. In large part due to the fact that parts of Germany that had a large Catholic population like Bavaria had significantly lower Nazi electoral support and party membership.

But back to Christmas. In October 1959, the Cuban communists decreed that even the best behaved children would not be receiving gifts from Santa Clós. Apparently the old chap had been exposed as an agent of Yanqui imperialism., In 1969 after a decade of intense repression, which of course included religion among its prime targets, the Emperor Fidel banned Christmas altogether. The ostensible reason was that the Cubans did not want anything to interfere with the achievement of the target of a 10 million tone sugar harvest in 1970. The sugar being required mostly to hand over to their Soviet benefactors.

They might not have bothered as the harvest was a disaster, and came at the expense not only of Christmas but of school closures as children were forced into the work brigades, other forms of farming and economic activity suspended or reduced, and land destroyed by planting in the wrong soil. Of course that was then followed by another internal purge and the imprisonment, torture and murder of more fall guys to protect the Castro gang. Christmas remained banned until 1997.

So this Christmas, if you happen to be eating your dinner off your lap in your bedroom or wondering if you will ever see your parents, grandparents or grandchildren again, recall that there have been worse days.

Last month as the GAA and our community paid tribute to those murdered on Bloody Sunday 1920, it was suggested that people light a candle to be placed in their windows. That is an echo of an older tradition that goes back to the days when the descendants of Cromwell were hunting for those who upheld their faith as one of the symbols of our nationality. At Christmas the priest hunters were on the look out for windows with lighted candles, for the candles were a sign that fugitives would receive a welcome. We can only hope that this strange Christmas is just another interlude.