One of Ireland’s best-loved poets, Eavan Boland, has died 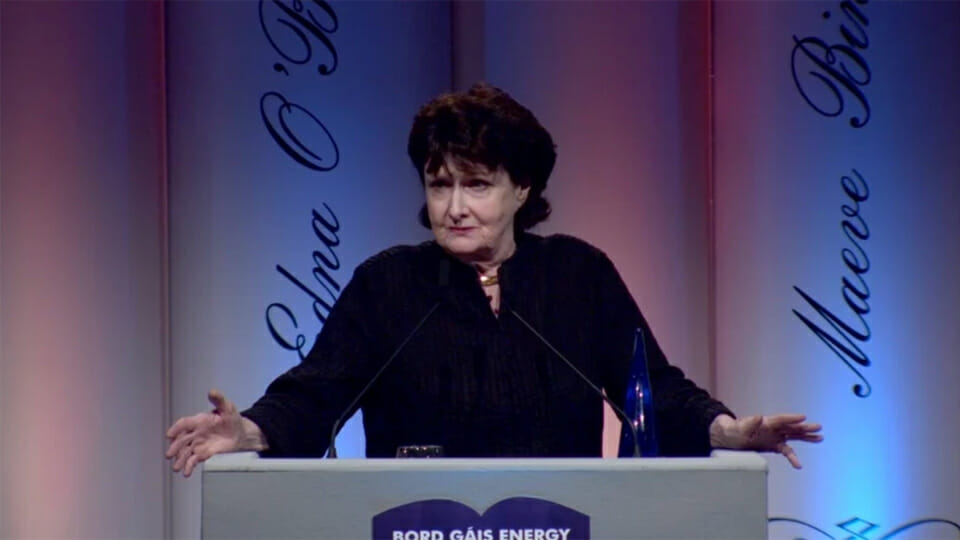 Eavan Boland, who was one of Ireland’s best-loved poets, has died in her home in Dublin, aged 75.

Boland was a pioneering figure in Irish poetry and was Professor of Humanities and Director of the Creative Writing Programme at Stanford University from 1996 to her death.

Widely published and studied, one of her best-known poems was “Quarantine” which was shortlisted for RTÉ’s A Poem for Ireland. The poem was inspired by an story about the Famine in Mo Scéal Féin by An tAthair Peadar Ó Laoghaire

In the worst hour of the worst season
of the worst year of a whole people
a man set out from the workhouse with his wife.
He was walking — they were both walking — north.

She was sick with famine fever and could not keep up.
He lifted her and put her on his back.
He walked like that west and west and north.
Until at nightfall under freezing stars they arrived.

In the morning they were both found dead.
Of cold. Of hunger. Of the toxins of a whole history.
But her feet were held against his breastbone.
The last heat of his flesh was his last gift to her.

Let no love poem ever come to this threshold.
There is no place here for the inexact
praise of the easy graces and sensuality of the body.
There is only time for this merciless inventory:

Their death together in the winter of 1847.
Also what they suffered. How they lived.
And what there is between a man and woman.
And in which darkness it can best be proved.

REVIEW: How will we fight the virus of despair?