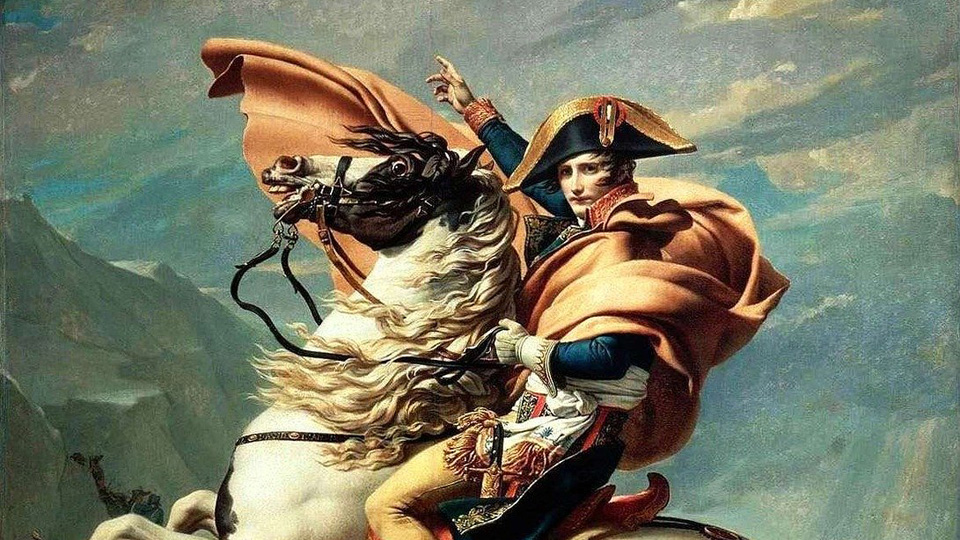 The Grand Armee of the Emperor Napoleon Bonaparte entered Moscow and captured it on this day, September 14th, 1812. It was the culmination of the biggest – and ultimately fatal – mistake of Napoleon’s brilliant career.

Napoleon’s invasion of Russia was a major miscalculation. At the time of the invasion, he dominated Europe, with only the British opposing him, in a long-running and frustrating war in Spain. The simple reason for the invasion was that he wanted to force the Tsar to cease trading with the British, believing that he could force the British to terms. He was also concerned about a potential invasion by the Russians in years to come – making this one of the original “pre-emptive strikes”.

He assembled an army that was, up until that point, the largest ever assembled in Europe. Some 685,000 men crossed the Russian border on the 24th of June. They expected to be opposed by half a million Russians of the Imperial Army. But the opposition simply did not come.

For nearly three months they marched through the vastness of Russia, finding only burned fields and abandoned houses and towns. With supply lines stretching back to Poland, and Russian Cossacks attacking their supply trains in the rear, Napoleon soon became desperate to force a battle. He eventually succeeded, at Borodino, on September 7th. But the battle of Borodino, while a victory for the French, was one that he had rushed into, and the costs were enormous – almost thirty five thousand men killed in a single day. The Russians lost fifty thousand.

So when the French entered Moscow on this day in 1812, they were a bedraggled, hungry lot. And true to form, they found the city mostly abandoned, and starving. The rest is history.

Napoleon was unable to force a battle that would truly defeat the Russians, and unable to hold Russian territory, and feed his troops. He was forced to retreat, in the harshness of the Russian Winter.

The disastrous invasion of Russia cost him everything: He created the alliance between Britain and Russia that he had feared. His mighty Grand Armee, which numbered 685,000 men in June, left Russia in December numbering just fifty thousand. He had lost half a million or more men, millions of francs, and all his strength.

Despite this, he managed to somehow fight a whirlwind defensive campaign in 1813, inflicting defeats on allied forces repeatedly. But the numbers just didn’t add up, and Napoleon was deposed.

The high point of one of History’s greatest military disasters, as Napoleon enters Moscow, on this day, September 14th, 1812.