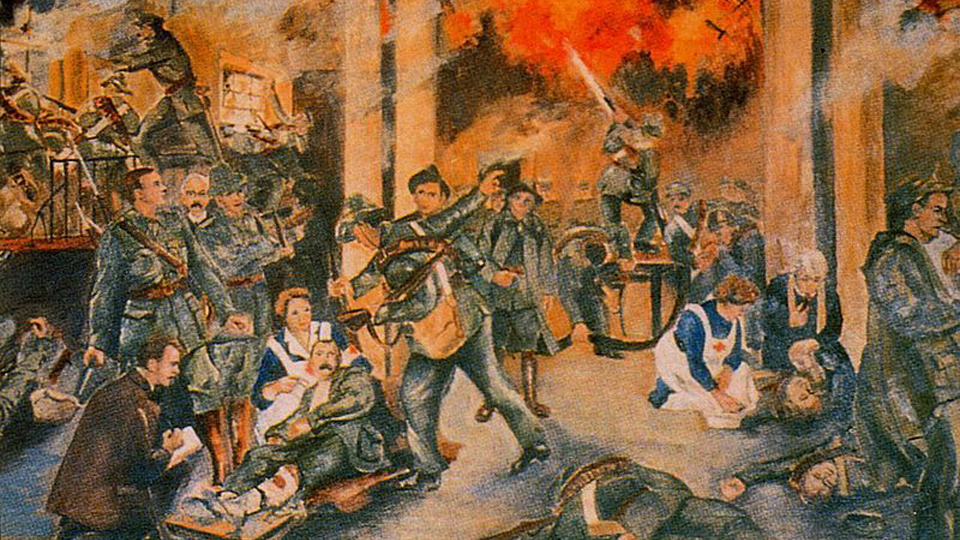 Organised by a seven-man Military Council of the Irish Republican Brotherhood, the Rising began on Easter Monday, 24 April 1916 and lasted for six days.

These illustrations were by Brian O’Higgins, also known as Brian na Banban, who was an Irish writer, poet, soldier and politician. He was a founding member of the Irish Volunteers in 1913 and on Easter Monday of 1916 he was in a group of Volunteers who were held at 41 Parnell Square as reserves, on account of their age, health or physical condition. This group was called to the GPO at six o’clock that evening. He was put on guard duty at the main entrance to the GPO and he later served under Quartermaster Michael Staines. He assisted in the evacuation of the wounded from the GPO on Friday evening and spent the night in a shed off Moore Street. He was deported to Stafford Gaol on May 1 and interned in Frongoch internment camp until February 1917.

The illustrations we show here were of James Connolly, Padraig Mac Piarais and Thomas Ashe

The editorial of the Irish Independent on the Easter Rising