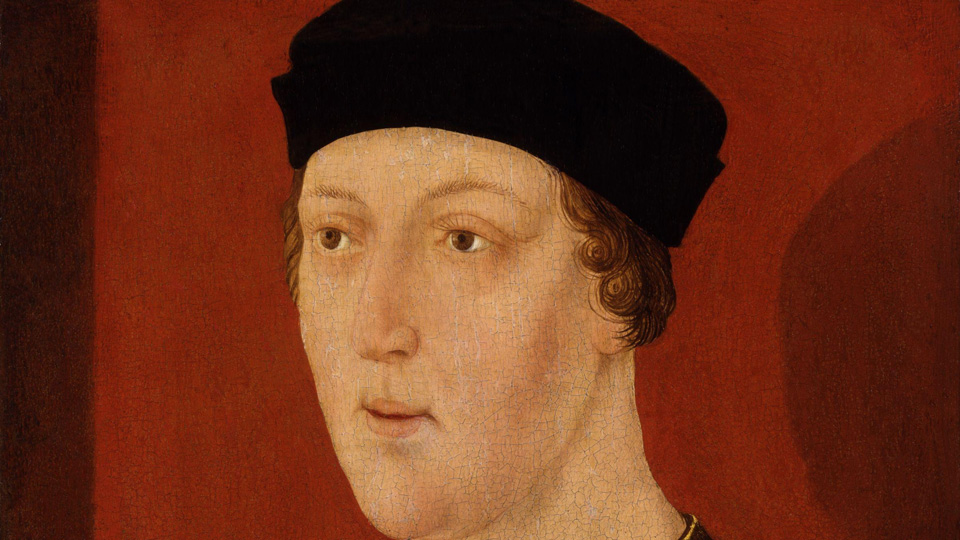 Henry VI of England came to the throne on this day, August 31st, 1422, at the age of nine months. His disastrous reign would last 39 years, until it ended with the wars of the roses.

His father, Henry V, was amongst the great English Kings, finally unifying the thrones of England and France, which had been fought over for a hundred years, in a war fittingly termed the hundred years war. Under the terms of his peace, Henry VI was due to inherit both England, and France. But he was supposed to be a little older when he did.

Unfortunately, Henry V contacted dystentry, and died suddenly, on this day in 1422. Under the law of primogeniture succession, the throne of England went to his nine month old son. Three months later, when Henry VI was just a year old, the throne of France passed to him too.

In truth, the disasters that befell the child king were not of his own making. Being just a baby, England and France were now ruled by a regency council who were mostly concerned with squabbling amongst themselves for power. His widowed mother, Margaret of Anjou, tried to accumulate power for herself, but was opposed, as a Frenchwoman, by powerful English nobles – all of whom had their own private armies, and private aims.

With the king unable to Govern, both kingdoms fell into factionalism, with dukes and counts effectively ruling their own petty kingdoms and fighting with each other constantly.

As demand for order grew, so did the popularity of the baby King’s cousin, Richard Plantagenet, Duke of York.

In France, meanwhile, in 1429, a young peasant woman called Joan of Arc rallied the French peasants to overthrow their English ruler, re-igniting the war. A rival French King, Charles VII, was crowned that year, prompting the English to crown the seven year old Henry in Notre Dame Cathedral. France now had two kings, England one. By the time Henry, a naturally shy and cautious man, took power in 1437, France was in chaos again, and England was weak from years of regency.

Worse again, the sixteen year old Henry took power at the beginning of the so-called “Great Slump” – a catastrophic recession that took place just as he took power.

All in all, it was too much for the young King. War overseas, recession at home, and powerful nobles competing for power was enough to slowly drive him mad. One noble after another claimed, and exerted influence over him, before being arrested and executed by competing nobles. The King seemed powerless to resist. As he matured into his twenties and thirties, he seemed to go mad. In 1453, he experienced a complete mental breakdown, and became verbally non-responsive. This time, the nobles decided to act once and for all.

The Duke of York was put in complete control of Government, and Henry declared incapable. This persisted for a year, before the King seemed to regain his senses, and declared war on his own nobles. It did not end well.

In 1460, he was captured in battle, and held prisoner for a year, before being released. He was captured again in 1464, but by this time he had been deposed as King, and was fighting to regain his throne. As King, he could not have been executed, but now he was little more than a rebel.

He was not executed, however. In truth, his opponents preferred having the weak Henry as a figurehead for the Lancastrian cause than his much more formidable son, Edward. He lived on, in the tower of London, for a few more years, before dying one night, in his sleep, in 1471. He had lived for 49, broadly miserable, years.

The wars of the roses, between his descendants, and those of Richard of York, would continue for several decades more.

The beginning of the cursed reign of Henry VI, England’s worst King, on this day, August 31st, 1422.

ON THIS DAY: 15 September 1928: Discovery of Penicillin