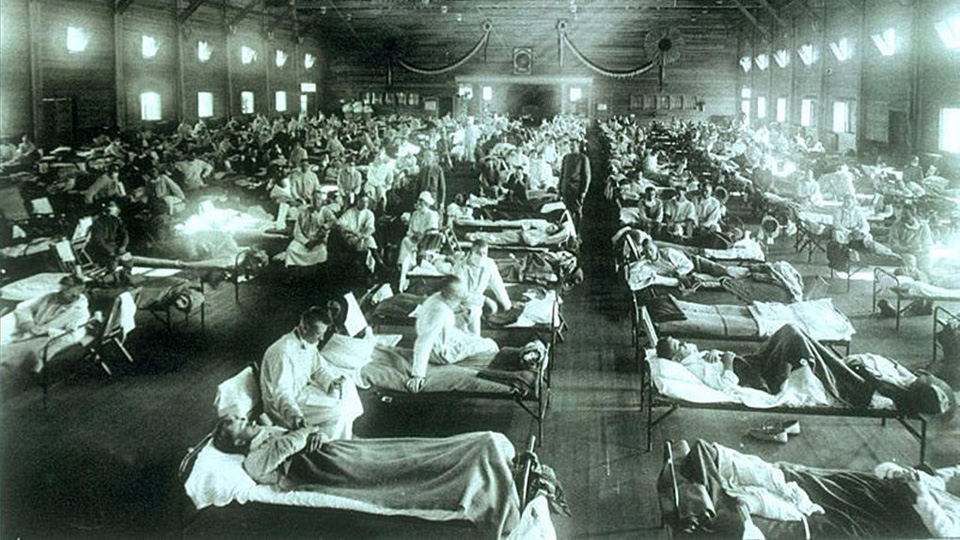 The Spanish flu pandemic of 1918, the deadliest in history, infected an estimated 500 million people worldwide—about one-third of the planet’s population—and killed an estimated 20 million to 50 million victims, including some 675,000 Americans.

Though the original origin of the virus is disputed, the first known case was reported at a military base in Kansas on this day, 1918.

It quickly spread around the word as there there were no effective drugs or vaccines to treat this killer flu strain. Citizens were ordered to wear masks, schools, theatres and businesses were shuttered and bodies piled up in makeshift morgues before the virus ended its deadly global march.