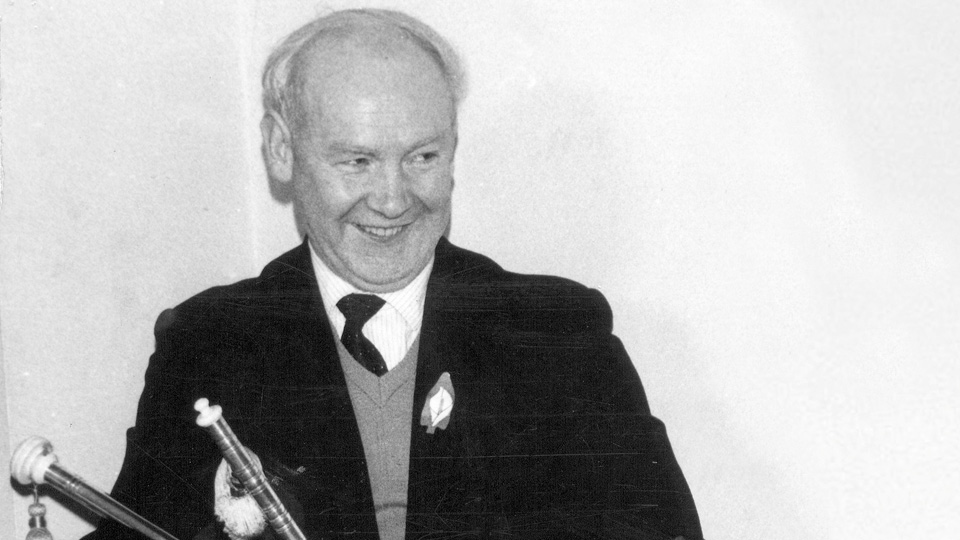 Willie Clancy was born into a musical family in Miltown Malbay, Co Clare. His parents both sang and played concertina, and his father also played the flute. Clancy’s father had been heavily influenced by local blind piper Garret Barry.

Willie started playing the whistle at age 5, and later took up the flute. He first saw a set of pipes in 1936 when he saw Johnny Doran playing locally. He obtained his first set of pipes two years later. His influences included Leo Rowsome, Séamus Ennis, John Potts, and Andy Conroy. Clancy won the Oireachtas competition in 1947. Unable to earn a living from music he emigrated to London where he worked as a carpenter.

Returning to Milltown Malbay in 1957 he recorded some influential 78 rpm recordings for the Gael Linn label – among them the classic reel selection “The Old Bush/The Ravelled Hank of Yarn.” He is considered a major figure in contemporary traditional music and has left a valuable legacy for young uilleann pipers. When the piper and singer died on January 24 in 1973 at the age of 55, the traditional music community in Clare and beyond lost one of its most respected musicians, a man who carried the heart and soul of the music where ever he went.

A summer school is held in his honour every year in his hometown at the beginning of July and is highly regarded amongst traditional musicians.

Here is a recording of Willie playing Rakish Paddy