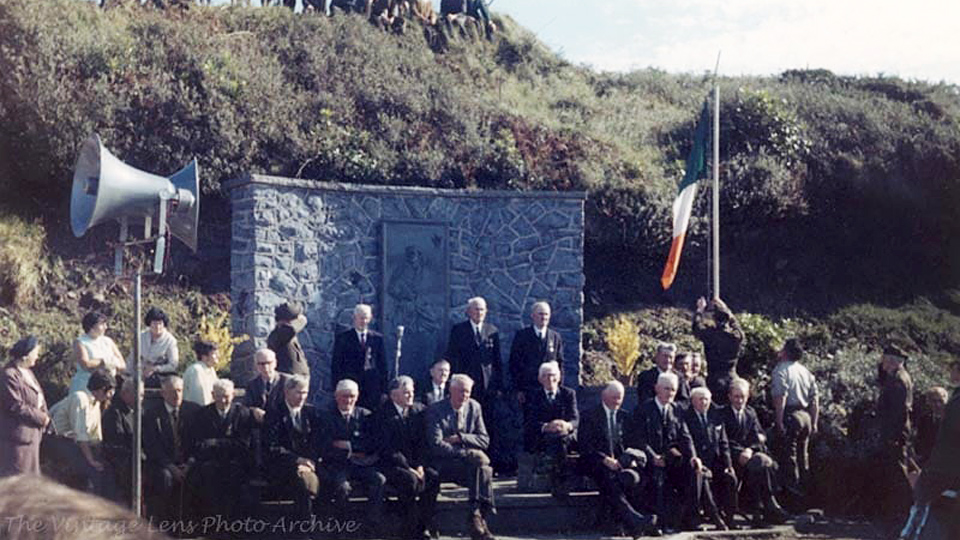 Today, the 22nd September, marks the 100th anniversary of the Rineen Ambush, which took place at Rineen Cross, halfway between Miltown Malbay and Lahinch in 1920.

The Volunteers in Co Clare had been active since 1917 and by the time of the ambush they had forced the RIC to abandon most of their rural barracks in the county. In August 1920, Black and Tans and Auxiliaries had been sent to reinforce the county. Five RIC men, eleven IRA volunteers and four civilians had been killed in County Clare during the two years before the ambush.

On September 22, the 4th battalion of the Mid-Clare Brigade I.R.A. attacked a lorry of RIC and Black and Tans coming from Ennistymon, and a four-hour battle ensued, with I.R.A Volunteers from eight companies took part in the attack.

The Connaught Tribune described the battle at a commemorative event held in 1970 at the monument erected at the site of the ambush.

On Sunday evening a large crowd gathered at Rineen on the main road between Miltown Malbay and Lahinch to commemorate the fiftieth anniversary of the Rineen Ambush which took place on the 22nd September 1920. A bronze monument surrounded by cut stone marks the spot where a fierce four hour engagement between the Fourth Battalion Mid Clare Brigade and British forces took place. Twenty eight British were killed without any loss to the I.R.A.

The ambush was directed by the late Commandant Ignatius O’Neill of Miltown Malbay, who had military experience from the First World War.  A lorry carrying six Black and Tans was ambushed and the occupants were shot dead. Three lorries carrying British Military arrived on the scene and a battle for survival began.

As a reprisal for the ambush the British Military sacked Ennistymon where they burned Nestors, Deerpark; Whelans and the Town Hall, Parliament Street; Clairs and Callanans, Church Street and Devitts, Main Street, where they shot a youth of sixteen years, P.J. Linnane, The Bridge, who was sent by his parents to help put out the fire at Marrinan’s house, which was next door to Devitts.

They then proceeded to the Circular Road, where they took Tom Connole his wife and two small children from their home; they shot Tom Connole, then they set fire to his house and threw his body into his burning house. They then proceeded to Lahinch where they burnt Flanagans, The Town Hall, O’Dwyer’s, Vaughans, Howards and Halpins; they shot a visitor from East Clare and Pake Lehane was burned in Flanagan’s House. They then burned Lehan’s house at Cregg and shot Pake Lehane’s father in the presence of his wife and daughter after which they burned Miltown Malbay.

Captain Anthony Malone, a survivor of the ambush, was in charge of the parade of Old I.R.A. and the orations were delivered by Captain John Burke the well known golfer. Also present were sixteen survivors among them ninety two years old Micko Nestor of Deerpark, Ennistymon. Full Military honours were rendered by 22nd Battalion F.C.A. under Comdt B. Higgins.”

A plaque will be unveiled today (September 22) at Flanagan’s bar in Lahinch to remember those who died in the Rineen ambush and the subsequent reprisals.

The Clare Champion reports that Brian J O’Higgin, the grandson of the Flanagan couple who operated the pub in 1920, said: “That pub was burned, the 19th pub was burned, it was O’Dwyers then. Vaughan’s Hotel, which is now the Atlantic Hotel was burned on that night. It would have been owned by Michael Vaughan’s grandfather. They all lost their homes and they all had to go down to the golf sandhills as they were called, and live there for a few days, until they [the Black and Tans] went off.”

Brian remembers De Valera coming down to mark the fiftieth anniversary of the ambush, while he says those who had served during the fight for independence were revered by little boys in the 1960s. “Ignatius O’Neill was like a hero. You’d have your heroes in the cowboy films but we had our own ones too.” 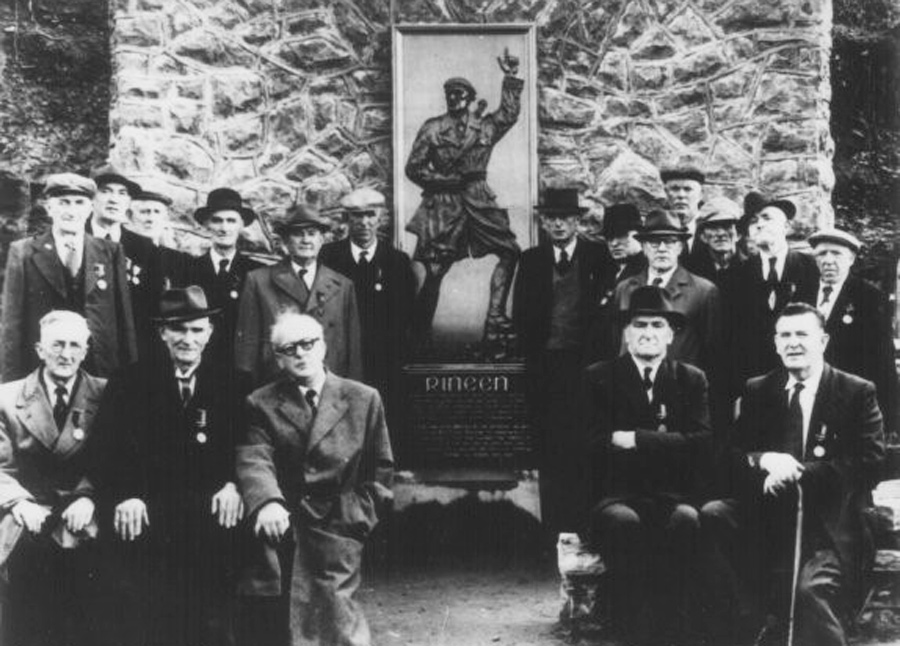 In 1955 a committee was formed to finance a monument to the Rineen ambush. Séamus Hennessy and John Joe “Tosser” Neylon were unanimously chosen as Chairman and Vice Chairman. It was dedicated on September 22, 1957, the 40th anniversary of the battle. It is also dedicated to those who died in the reprisals. Photo credit: Joe Gannon at WildGeese