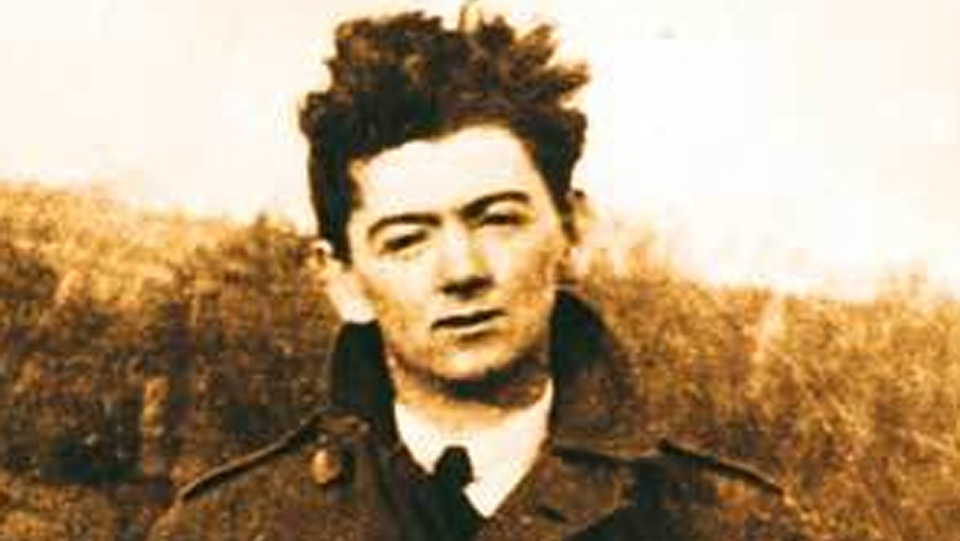 Today marks the centenary of the Battle of Crossbarry, a hugely significant victory for Tom Barry’s flying column in the War of Independence, and one of the largest battles in that conflict.

Barry’s men were outnumbered 10 to 1 according to accounts, and were being trapped by a huge encircling operation involving 1,000 British troops on a mission to eliminate the West Cork flying column which had already marked up successful ambushes at Toureen and Kilmichael and earned a reputation for  discipline, efficiency and bravery. Given the odds, the victory of the IRA Volunteers at Crossbarry was extraordinary, and a demoralising defeat for British occupying forces.

Barry, then aged just 23, was Commander of the 3rd West Cork Flying Column, and already famed for his daring leadership, decisive actions and innovative military techniques. After Kilmichael and the burning of Cork city, and in response to the ever-increasing numbers in British army units on patrol, the guerilla leader put together the largest flying column yet in the county, with 104 officers and men in it’s ranks. Barry inspired fierce loyalty from his men – the historian Meda Ryan writes that a member of the Flying Column, Jim Kearney said of their Commander after Kilmichael: ‘Any man who would stand on the road before an on-coming enemy; men would die for him’.

A member of the Flying Column, Jim Kearney said, ‘Any man who would stand on the road before an on-coming enemy; men would die for him’.

The conflict had escalated after Kilmichael and on February 15th 1921, volunteers from the Third West Cork Brigade, led by Commandant Charlie Hurley, had attacked a train carrying British troops at Upton. Three Volunteers were killed and two, including Hurley, were seriously wounded. Three civilians were arrested on  suspicion of being members of the IRA, and under interrogation, one man eventually revealed that the headquarters of Brigade was located in Ballymurphy, a few kilometres north of Crossbarry.

At 1 am on March 19, British troops left from Bandon, Cork, Ballincollig, Kinsale and Macroom with the intention of surrounding the Ballymurphy townland, searching every house and arresting all adult males. Soldiers dismounted from the army lorries to form a corden around the area on foot.

The Volunteers were sleeping at billets near the village of Crossbarry, and on the night of the 17th, unaware that within hours experienced and battle-hardened British troops would be leaving their barracks to mount a surprise attack, settled down for the night at Harold’s farm in the west of the village. That night Barry and Brigade officer, Liam Deasy, had chosen a nearby stretch of road leading to Crossbarry Bridge for the likely site of an ambush they planned for the coming days.

By 2.30am they were awakened by sentries who had seen the sound and lights of lorries in the distance approaching from the east, west and south. Given the likelihood of British troops also coming from the north, Barry knew they were being surrounded and that British forces would surely heavily outnumber the Volunteers.

Barry later said he had to make a split-second decision: “‘I had to decide without delay whether to fight or to retire and attempt to evade action.” His men had just 40 rounds apiece, meaning an intensive, close-quarter fight would be required. It was decided that the Brigade would stand and fight together, with the men broken into seven sections for the battle.

Flor Begley, an IRA Volunteer and an accomplished piper was positioned by Barry to play in Harold’s farm where he played traditional Irish war songs, marches and airs throughout the battle. He became known as the Piper of Crossbarry, and Volunteer Tom Kelleher later said, “that man’s music was more effective than twenty rifles”

Barry expected the troops approaching from the West – the hated Essex regiment – to arrive first, and his plan was to ambush and attack them in order to break the encirclement. By 5.30 am he had placed five sections of his men along the main road with two more sections guarding his flanks and rear. Each of the fourteen man sections were told to hold at all costs, and that their Commander would direct volunteers to where they were needed.

The first shots of the battle rang out at Forde’s farmhouse in Ballymurphy, near Crossbarry village, where Charlie Hurley, from a strongly nationalistic family, lay recovering from wounds received at the Upton ambush.  He rose to fire his revolver at the troops bursting in the farmhouse door, but in the backyard he was struck by a bullet in the head, killing him instantly.

Around 8 a.m., the first British troops, as expected, arrived at where the Volunteers lay at Crossbarry in ambush, and a fierce fire-fight broke out. The Crown forces, confused and thrown into chaos retreated quickly, running south across the fields. The Volunteers seized arms and ammunition and were joined by a Volunteer, Edward White, who was being held hostage by the troops. British Army lorries were set alight, and fighting broke out on the across the section positions.

A British unit of 200 arrived to the north-east at a brigade section commanded by Tom Kelleher, who had stayed as ordered at his position and was able to launch a defence.  Barry reinforced the Volunteer numbers there at that point and the attack was repulsed.

It was an extraordinary achievement. For two hours, Barry had constantly massed his forces against the much larger British units and won the day. Three Volunteers were killed –  Jeremiah O’ Leary, Con Daly and Peter Monahan – and four wounded. The British army losses were estimated at being between thirty-five to thirty-nine dead and over forty wounded.

The Volunteers then made their escape to the northwest. Tom Barry’s gamble, and his military skill, had paid off, and the Battle of Crossbarry won. He later described it as a” composite victory of one hundred and four officers and men banded together as disciplined comrades”. 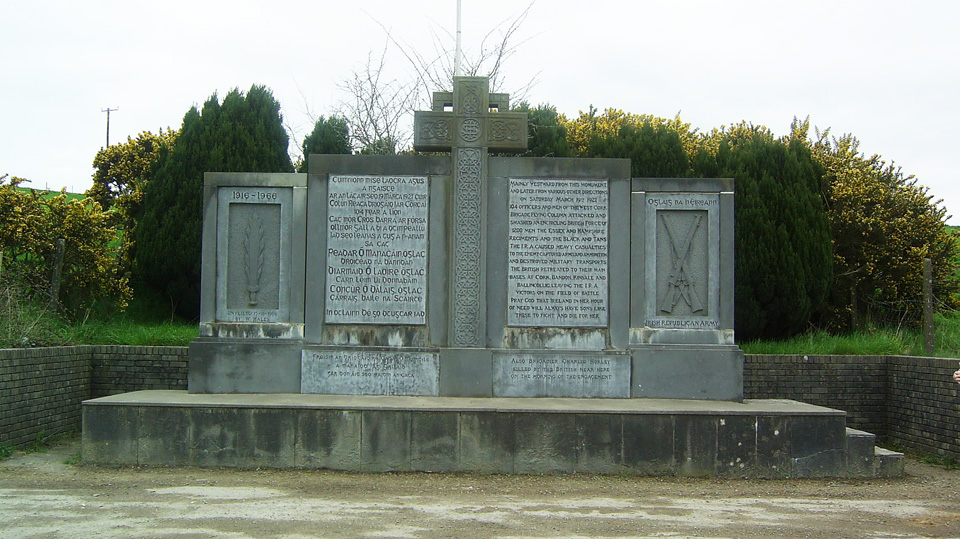