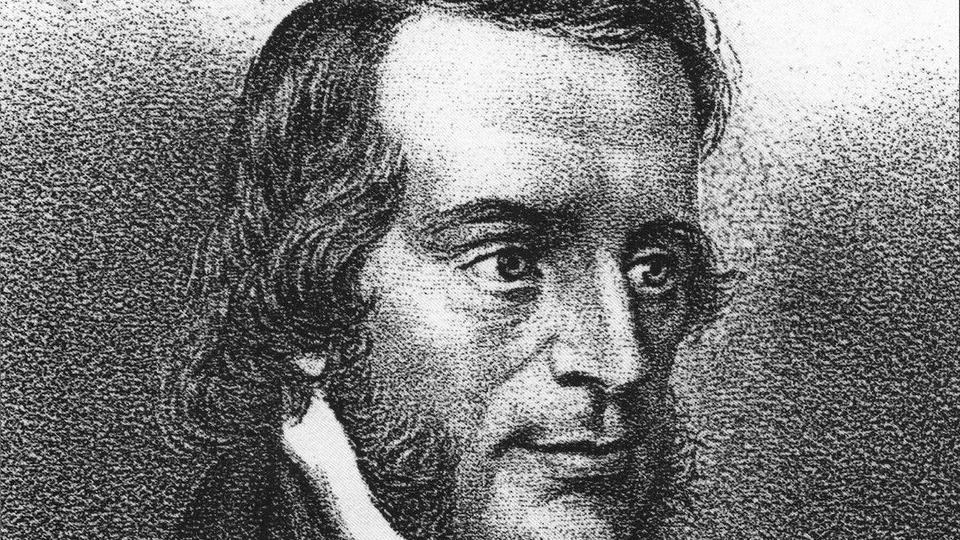 Thomas Davis was an Irish writer who was the chief organiser of the Young Ireland movement, who was born in Mallow to a Welsh father and an Irish mother. Through his mother he was descended from the Gaelic noble family of O’Sullivan Beare. His father died one month after his birth and his family moved to Dublin where Davis was educated eventually being called to the Bar in 1838.

He was a Protestant, but preached unity between Catholics and Protestants and established The Nation newspaper with Charles Gavan Duffy and John Blake Dillon.

He was to the fore of Irish nationalist thinking and it has been noted by later nationalist notables, such as Patrick Pearse, that while Wolfe Tone laid out the basic premise that Ireland as a nation must be free, Davis was the one who built this idea up promoting the Irish identity.

He is the author of influential songs such as The West’s Asleep, A Nation Once Again and In Bodenstown Churchyard. He also wrote the Lament for Owen Roe O’Neill

He died from scarlet fever, in 1845 at the age of 30. He is buried in Mount Jerome Cemetery, Dublin.