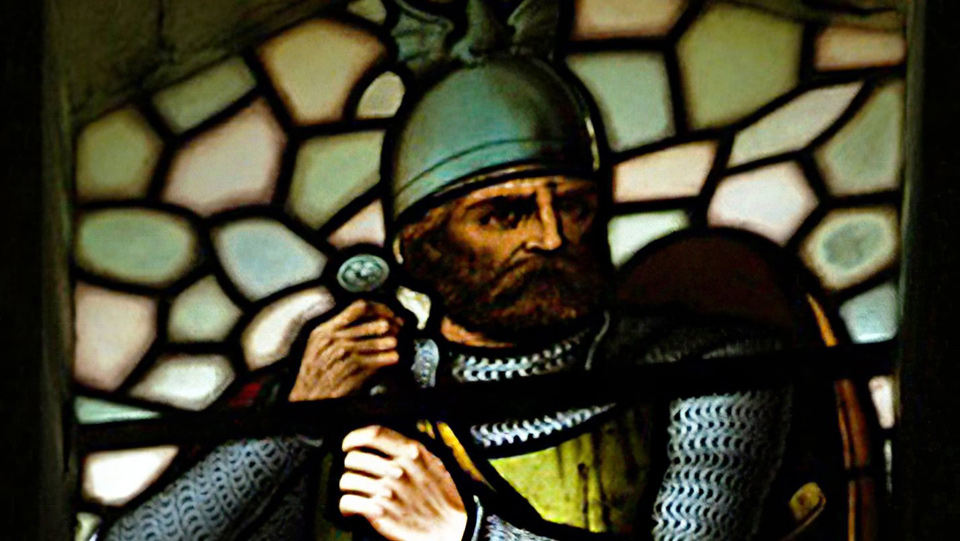 The Scots had some 300 cavalry, 10,000 infantry and the English had far greater numbers of 1,000 to 3,000 cavalry, 15,000-50,000 infantry but the Scots were victorious. The Battle of Stirling Bridge was a shattering defeat for the English: it showed that under certain circumstances infantry could be superior to cavalry.

The town of Stirling was the key entry point to the north of Scotland. River Forth near Stirling Castle was crossed by a narrow bridge. On the morning of the battle, the English forces were camped south of the river, while the Scots camped on Abbey Craig on the north. The English commanders began a direct attack across Stirling bridge

The small bridge was broad enough to let only two horsemen cross abreast, but offered the safest river crossing. The Scots waited as the English knights and infantry made their slow progress across the bridge.

When a substantial number of the troops had crossed, Wallace and Moray ordered the attack. The Scots spearmen came down from the high ground in rapid advance and fended off a charge by the English heavy cavalry and then counterattacked the English infantry. They gained control of the east side of the bridge, and cut off the chance of English reinforcements to cross. Caught on the low ground in the loop of the river with no chance of relief or of retreat, most of the outnumbered English on the east side were probably killed.

Photo of Wallace Monument: By Otter – Own work, CC BY-SA 3.0