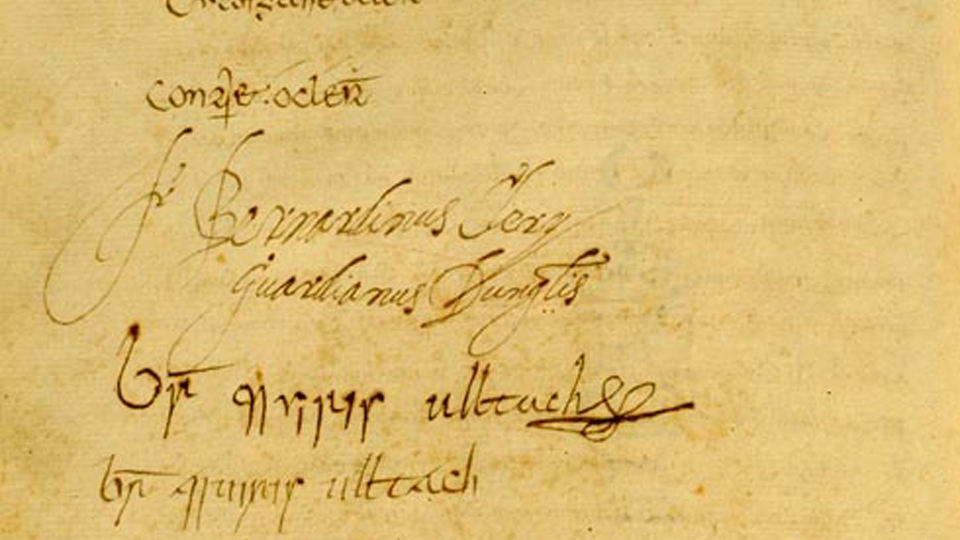 The Annals of the Kingdom of Ireland (Irish: Annála Ríoghachta Éireann) or the Annals of the Four Masters (Annála na gCeithre Máistrí) are chronicles of medieval Irish history.

They were a compilation of earlier annals, although there is some original work. They were compiled between 1632 and 1636 at a Franciscan friary near the Drowes river in Co. Leitrim. The patron of the project was Fearghal Ó Gadhra, M.P., a Gaelic lord in Coolavin, Sligo.

The chief compiler of the annals was Brother Mícheál Ó Cléirigh from Ballyshannon, who was assisted by, among others, Cú Choigcríche Ó Cléirigh, Fearfeasa Ó Maol Chonaire and Cú Choigríche Ó Duibhgeannáin. Although only one of the authors, Mícheál Ó Cléirigh, was a Franciscan friar, they became known as ‘The Four Friars’ or in the original Irish, Na Ceithre Máistrí.

ON THIS DAY: 13 OCTOBER 1881: Charles Stewart Parnell and other Land League activists arrested